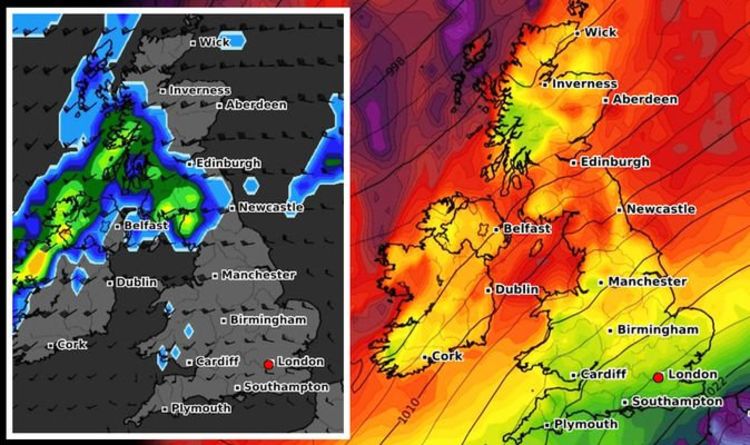 The last week of November looks set to be marked by plunging temperatures, strong gales and heavy downpours, with forecasters warning northern parts of the UK can expect a deluge of rain later today. Weather charts show Northern Ireland, Scotland and the northeast of England can expect downpours from 12pm on Monday.

The Met Office said the rainfall is likely to be accompanied by strong winds, as an Arctic blast moves in.

The chilly weather front is expected to be the first wave of colder-than-average December weather predicted to hit.

They said: “Rain spreads to northwestern areas of the UK, turning heavy over western hills of Scotland in particular, accompanied by strong to gale winds.

“A little patchy rain in some other western areas, but elsewhere some brightness after early fog clears.”

The forecasters expect the wet weather to continue overnight and into Tuesday morning for northern areas. 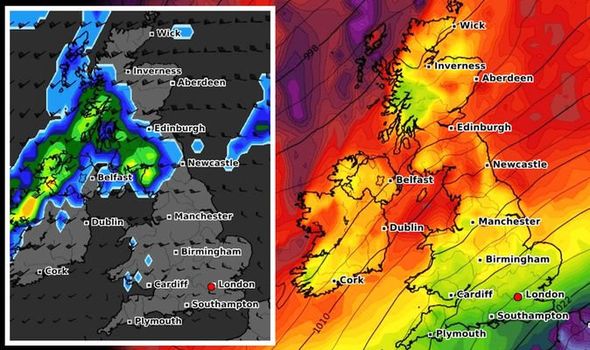 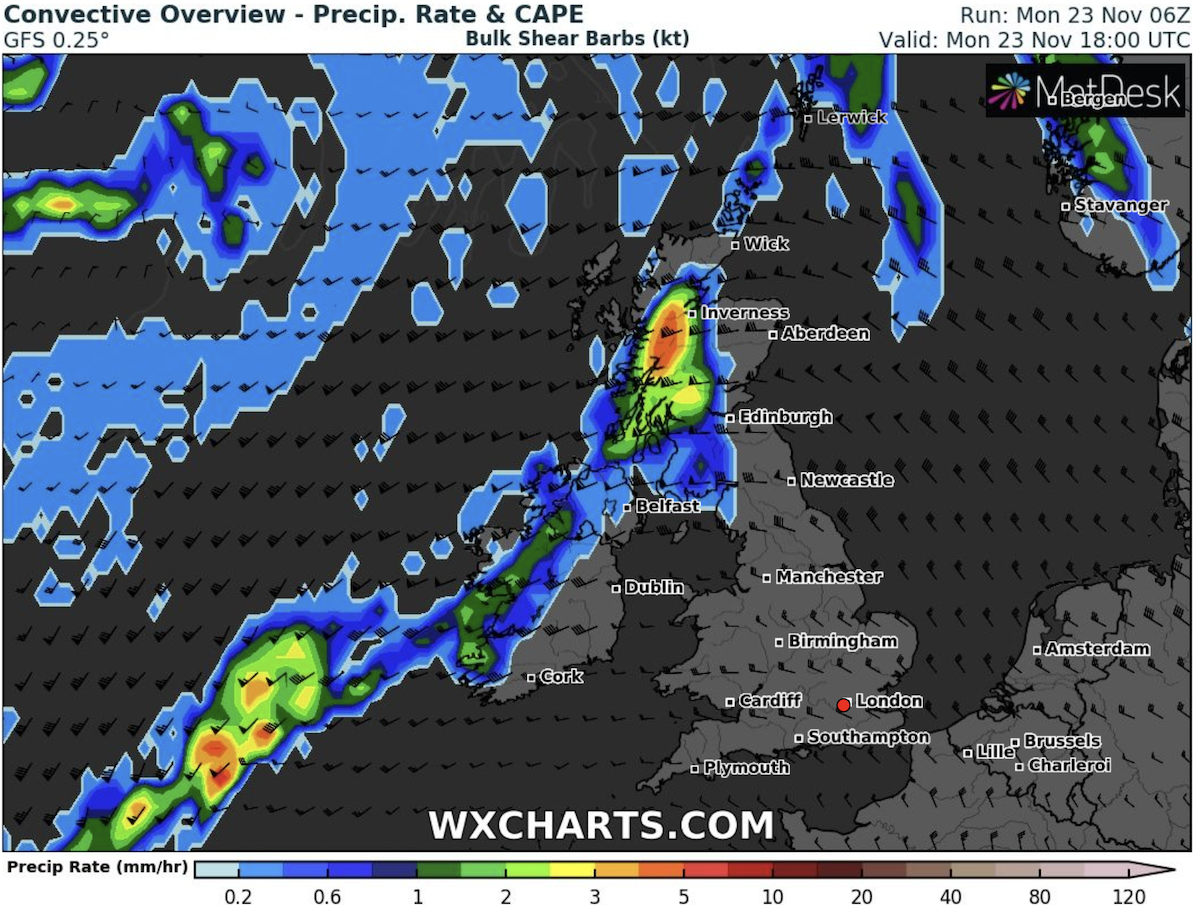 The southeast of England looks set to avoid rainfall, but temperatures are set to be notably colder than the weekend.

“Elsewhere mostly dry, with a few clear spells. Chilly for a time in the southeast, with the odd mist patch.”

Temperatures are expected to be around 7C in the southeast on Tuesday morning, with the mercury struggling to break into the teens throughout the day.

A weather map from Netweather also shows parts of Scotland could see up to 46mm (1.8inches) of rainfall by 3am on Tuesday. 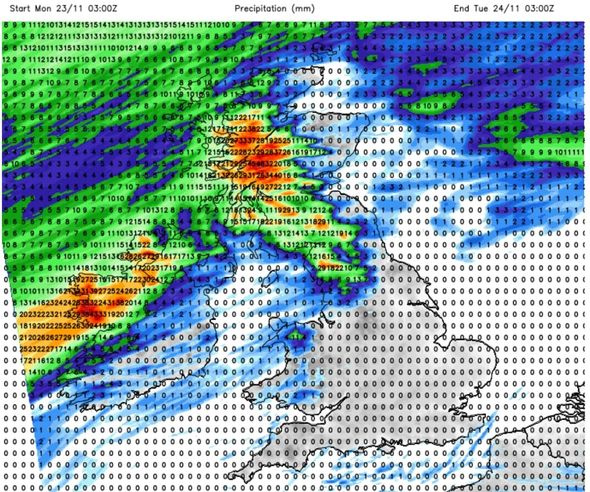 The chart shows that while the south of England and much of Wales will avoid the rain, northern parts of the UK are set for downpours.

Scotland is poised for the worst of the wet weather, with areas of the map turning red and orange to indicate a higher rate of precipitation.

Weather maps from WXCharts paint a similar picture, with the west of Scotland expected to see as much as 5mm of rain an hour from 3pm today.

The chart then shows the rain clouds are expected to move further south, with parts of northern England experiencing heavy rainfall overnight. 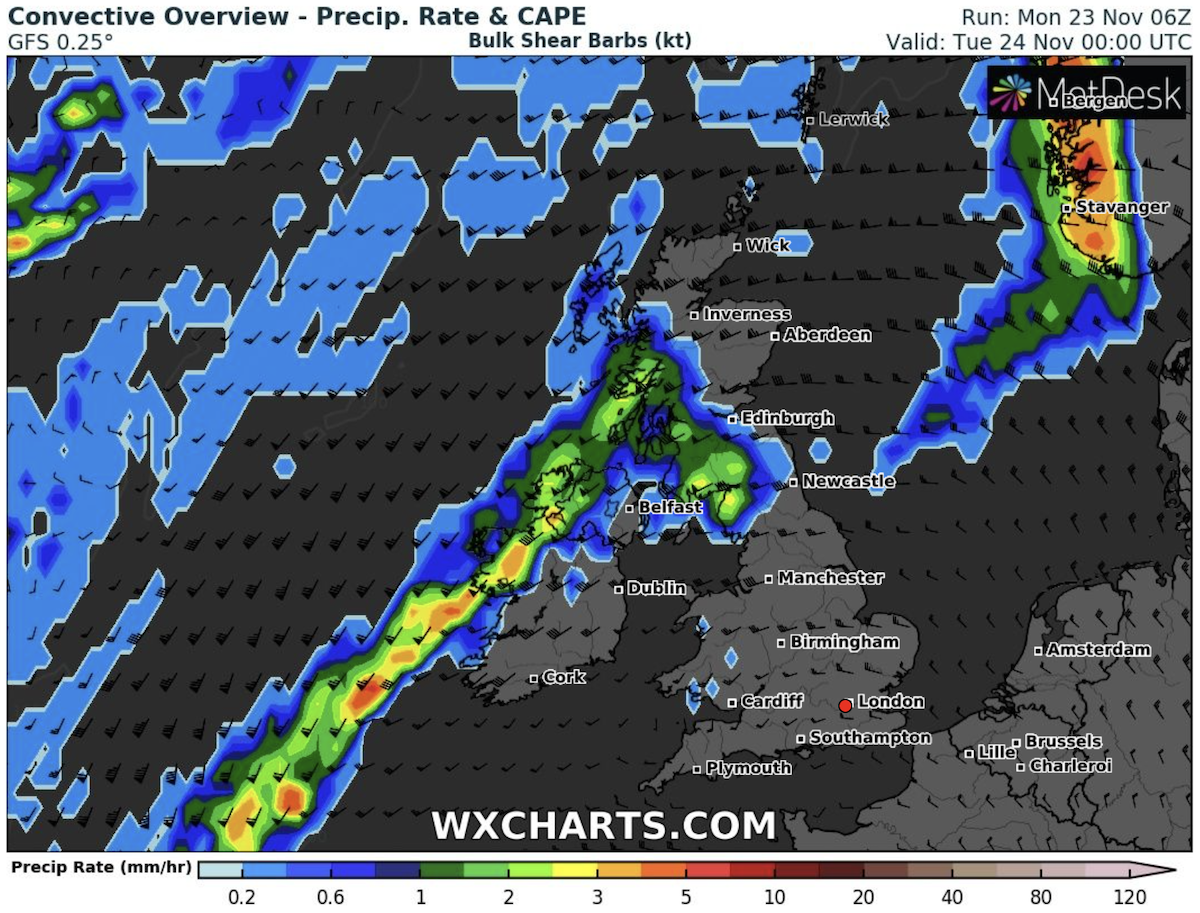 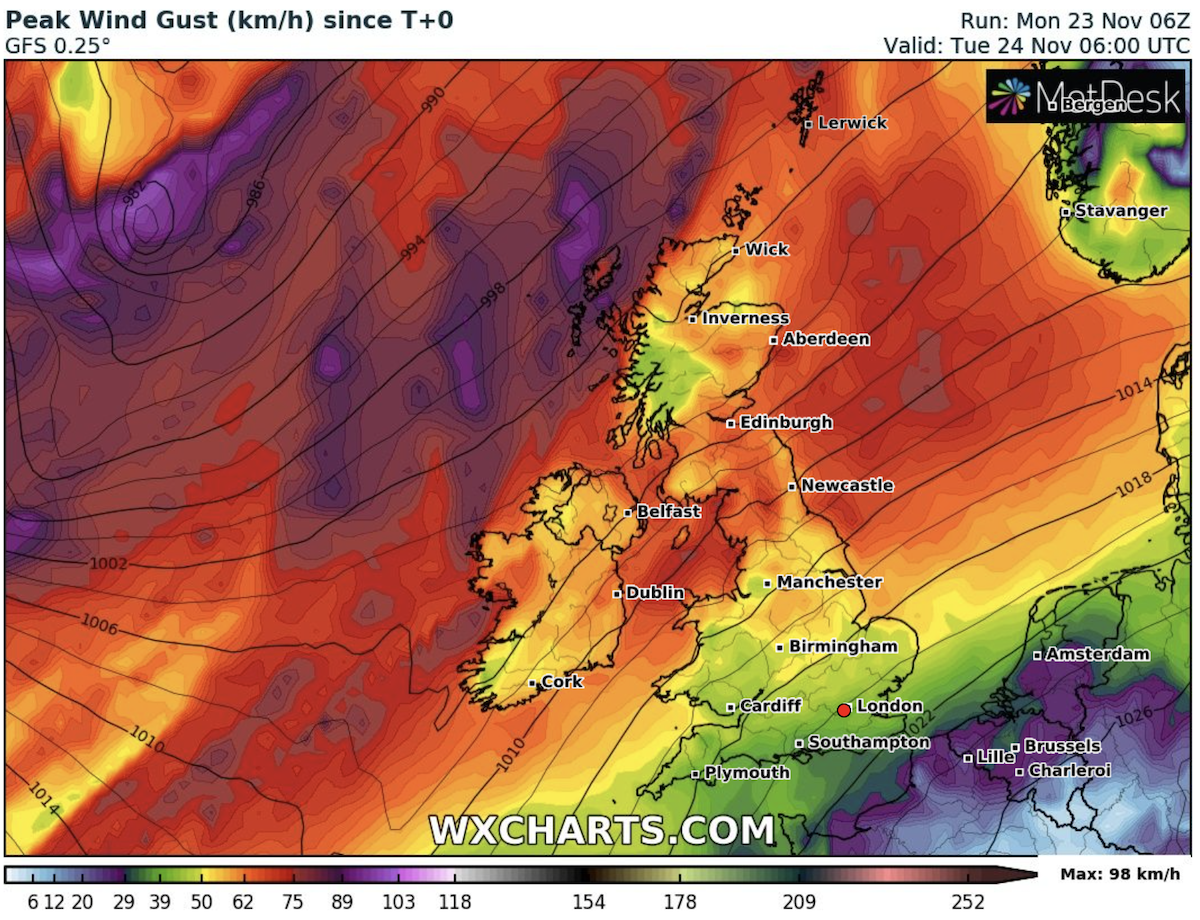 Jo Farrow, a senior forecast at Netweather, warned Northern Ireland, western and southwest Scotland and Cumbria will see a significant amount of rainfall over the next few days.

She said: “The occlusion and warm front bring rain to western Scotland and more patchy outbreaks over Northern Ireland from the west this morning… 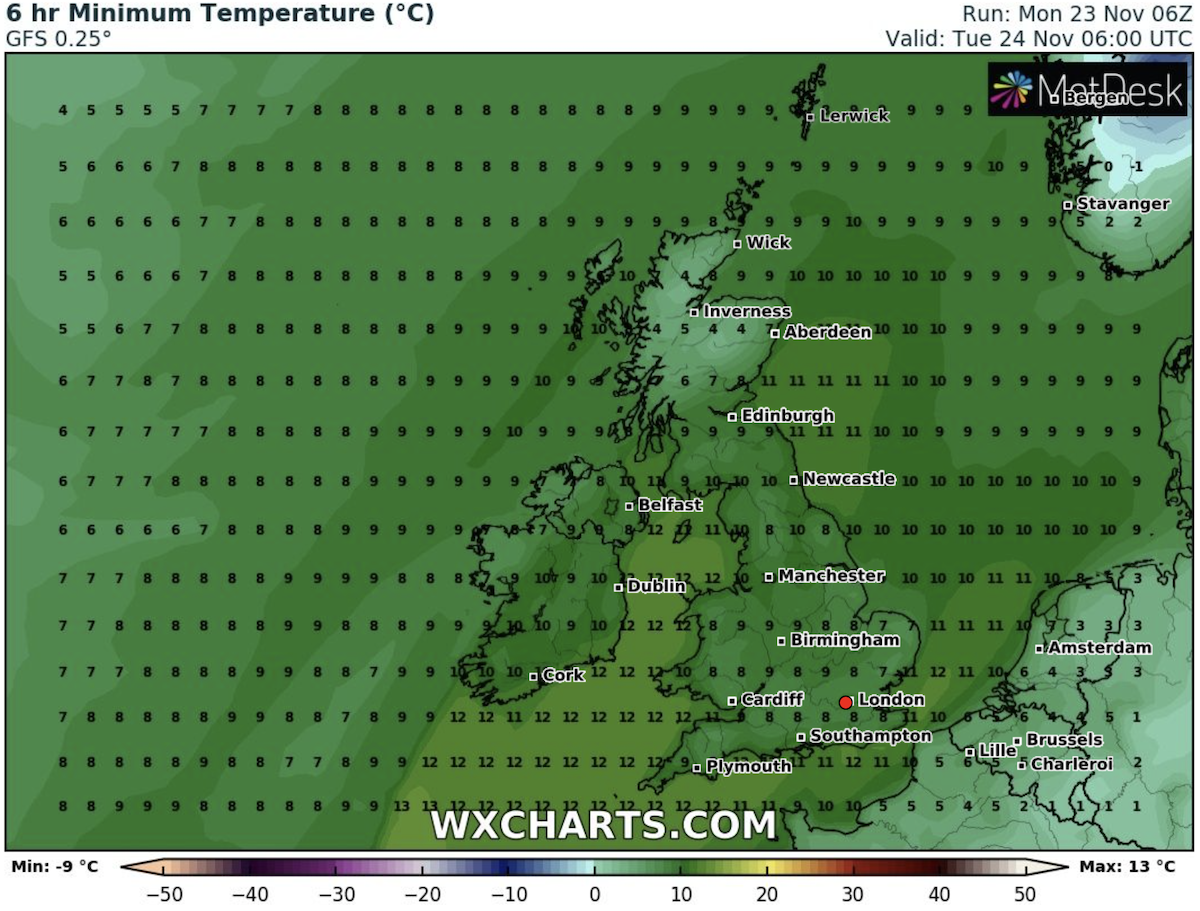 “The frontal band wavers about over western Scotland with more heavy rain, also for Northern Ireland, into Cumbria with outbreaks of rain over northwest Wales, mainly for Snowdonia.”

Ms Farrow forecasts the downpours will continue for the north of the UK through Tuesday.

By Wednesday, she expects the showery conditions to slowly edge southwards, bringing wet and windy weather for much of England.