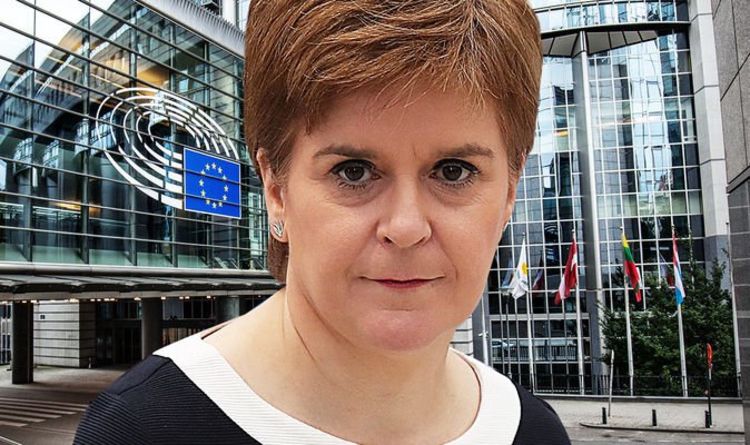 The European Union (Continuity) Scotland Bill – which was approved by Holyrood earlier this month – aims to give SNP ministers powers to align Scottish laws with those of the EU after the UK has fully cut ties with the bloc. It would also establish Environmental Standards Scotland (ESS) to replace the EU’s oversight of environmental law.

The discretionary power will come into effect after the Brexit transition period ends on December 31.

But Environment Secretary George Eustice said the Scottish Government would have to “slavishly follow” Brussels if they decided to proceed with it.

Addressing Holyrood’s Rural Economy and Connectivity Committee, MSP Oliver Mundell asked: “The Scottish Government introduced its own legislation to give ministers here the power to keep pace with EU law in devolved areas.

“Can you confirm there is nothing in the UK Internal Market Bill which will limit Scottish Government’s ability to keep pace with EU law in relation to devolved matters?” 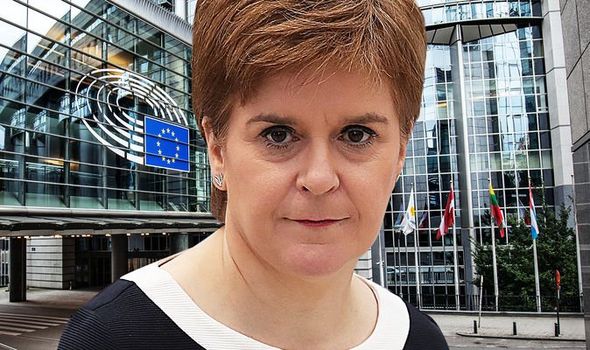 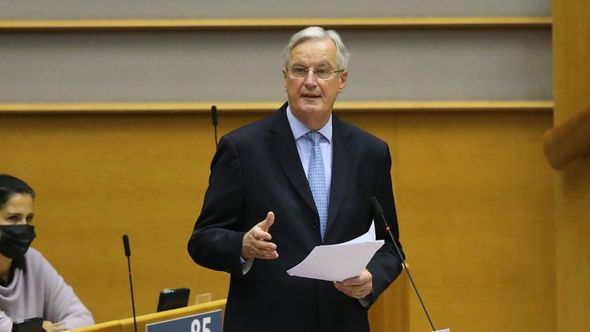 The Scottish Borders MSP made clear that keeping pace with EU law would mean Scotland would miss out on the “benefits of Brexit”.

Mr Eustice claimed there would be “nothing I think to prevent the Scottish Government from doing that in as far as it’s consistent with the devolved settlement.”

He added: “It’s open to the Scottish Government to slavishly follow EU law if that is what they wish to do.”

The Environment Secretary, however, stressed the Scottish Government’s strategy might not be one which can be “maintained in the long term”. 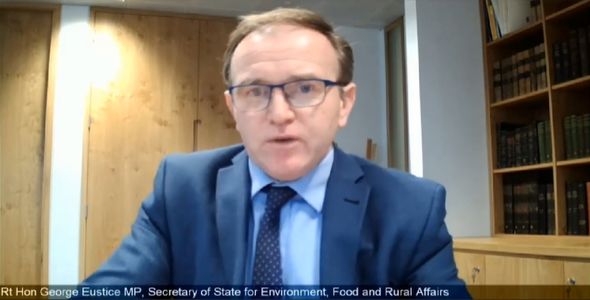 He added: “It is only a matter of time before the EU will bring forward policy proposal that would be manifestly against Scottish interests.

“It then does become a big point, do you elevate the pursuit of EU law above the interests of Scotland?”

Mr Eustice said the laws would leave the SNP led administration in Edinburgh with a “difficult quandary”.

87 MSPs voted in favour of the legislation against 27 votes, mainly from the Scottish Conservatives, following the vote in Holyrood last month. 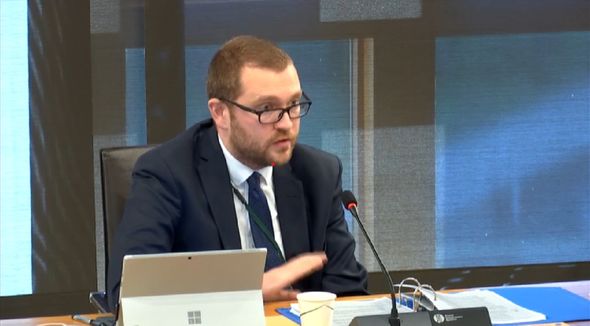 A UK Government spokesperson, added: “The UK Government has already stated clearly its commitment to maintaining our exceptionally high standards, including in areas such as the environment, which were often introduced before the EU introduced legislation.

“The devolved administration’s approach would separate Scotland from the rest of the UK – putting up trade barriers and creating further division, having walked away from work on the Internal Market last spring.

“Our UK Internal Market Bill is a vital piece of legislation which is clearly in the best interests of people across Scotland – protecting jobs, businesses and consumers.

“We will continue to work with the devolved administration on this vital legislation.”

Scotland’s Constitution Secretary Michael Russell said it was unacceptable that Scotland had been “taken out of the EU”.

He added the Bill would enable Scotland to “keep pace with Europe, when appropriate and practicable to do so.”

He concluded: “It is required as a direct result of the UK’s withdrawal from the EU, and is more urgent because of the UK Government’s reckless refusal to ask for an extension to the Brexit transition period.”