LONDON – Monocle is adding Konfekt – a quarterly publication covering fashion, travel, design, dining, and culture – to its portfolio. Based in Zürich, it will be published in English and German, and cater to Monocle’s existing female readership and the “underserved German-speaking markets,” such as Switzerland, Austria, and Germany.

Larger in format – and glossier – than Monocle, it will be accompanied by a monthly podcast and weekly newsletter. The magazine’s title is short for “konfektion,” the German word meaning ready-to-wear. It will be edited by Sophie Grove, Monocle’s former senior correspondent in Paris, senior editor, and Istanbul bureau chief.

Grove said the editorial direction will reflect the region’s egalitarian attitude towards luxury. The launch issue features topics such as making new friends on a “wanderwege,” or hiking trail, with the artist Claudia Comte in Basel; dinner in Berlin with the Norwegian artist and expert on smells, Sissel Tolaas; and shopping in Vienna with Myung-il Song, owner of the concept store Song.

There will also be insights from writers on the future of travel, entertaining, entrepreneurship, and self-care, food news and recipes. The launch issue of Konfekt will hit newsstands from early December worldwide.

“I suppose the life in Zürich, Berlin, and Vienna, and in that region, is very much connected to nature. It’s very much swimming in the morning, heading off to your meeting after that. It is a chic understated elegance, and it’s an old heritage,” she said.

“The notion that the fashion world is anchored in Paris, or even in graduates from Saint Martins, is a very powerful one, but I think our narrative is much more about designers like Jil Sander and Petar Petrov, who speak to a different woman, and I think that the German female customer has been quite elusive for many luxury brands.

“Konfekt is a proposition to look at this demographic, and the creatives who are amazing, but slightly under-represented in fashion and art culture in the region,” she added. 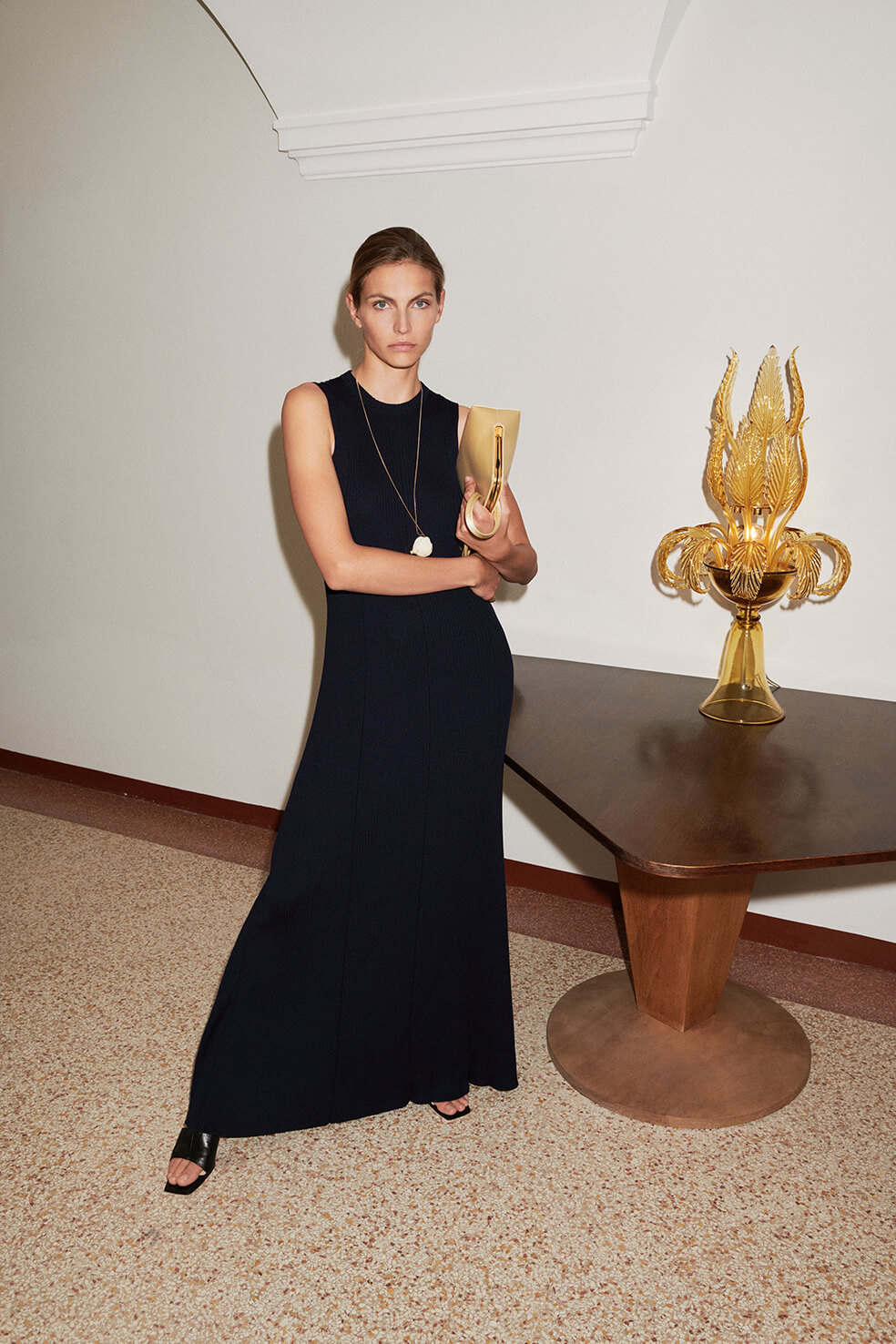 An editorial shoot from the launch issue of Konfekt Courtesy

Tyler Brûlé, founder, editor in chief and chairman of Monocle, said the idea of having a dedicated publication for female readers has been brewing for more than five years, but it wasn’t until the past summer that the idea of Konfekt was finally crystallized.

The word “konfekt,” in a Sixties typeface struck a chord with him when he traveled to Susanne Kaufmann’s hotel in Vorarlberg, in the Austrian alps, and drove past many local bakeries after the Austrian border re-opened this summer after lockdown. The word also refers to confectionery.

“It’s quite a hard-looking word, with the Ks, and I’m not saying it’s aggressive, but it’s not the most friendly-looking letter. I gave our creative director the power to play with it, and talked about it with our style director. It’s something sweet, something that you don’t eat the whole box of, you come back to it again and again and I think that’s kind of a nice metaphor because there’s not just one meaning,” he said.

Despite the upheaval of the pandemic, Brûlé believes now is a great time to launch the magazine, as he believes that Switzerland and Germany will be the key markets to recover first in Europe, and advertisers are eager to spend.

“They have a moment to spend with podcasts during the Christmas holidays. And also make that a little bit joyous, allow people to dream a little bit as well. We’re not ignoring what is happening, but at the same time, I think we are taking a realistic approach.

“You can travel if you want, and people will travel, and certainly there’s a desire. We shot everywhere that we possibly could be, going as far as Alexandria in Egypt. And I think that possibility of just doing the magazine as a group of journalists and editors also presented the fact that there are places that are open. It was already informed by the fact that we had to get out in the world to do this first issue,” Brûlé added. 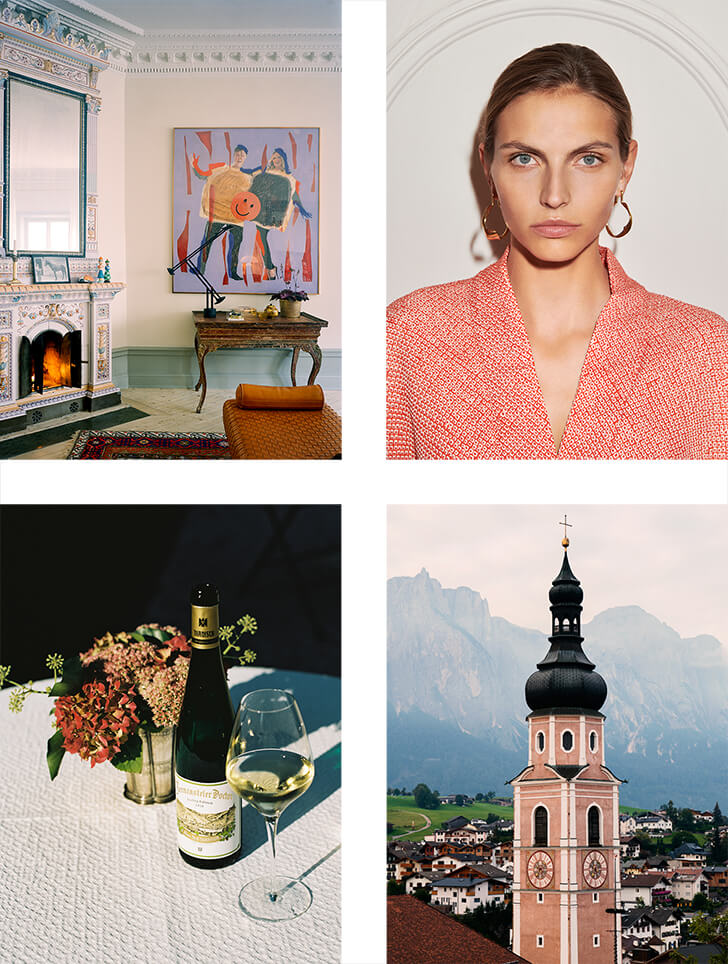 Preview images from the launch issue of Konfekt Courtesy

The launch of the magazine will also see the expansion of Monocle’s team in Zürich.

Brûlé said the company has been moving its staff from London to Switzerland following the Brexit vote in 2016. The title’s logistics and e-commerce now sit in Germany, and architecture and design editor Nolan Giles and Marcela Palek, who will take up the new position of style director across Monocle and Konfekt, have both relocated to Zürich.

“Historically, we’ve always been in Zürich. In fact, our holding company for the last twenty years has been in Switzerland in Zürich. And Switzerland is our number-one advertising market. So, in terms of total revenue, globally, we make the most money in Switzerland because of the banks, the anchor of the watches, but also the hotels and tourism. There are pharmaceuticals and a lot of business we have here,” Brûlé said.

“Most people in London are in [our] editorial hub, and it will continue to be there. We will move slightly more commercial functions to Zürich. Maybe for future issues, we might as well do the editorials directly from Zürich because our office is near the lake. As much as we love London, there’s something very tempting and alluring about summer in the city here,” he added.