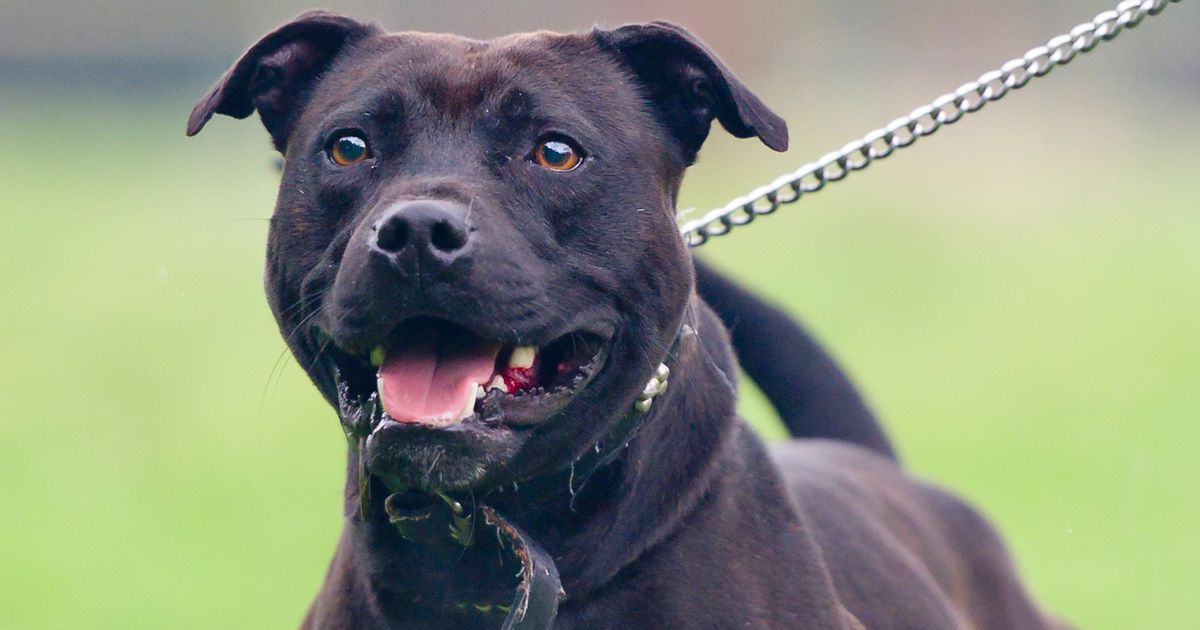 A boy has been rushed to hospital with serious injuries after being attacked in a park by a dog – which is now on the loose in Langdon Hills, Essex.

The nine-year-old was savaged by the animal on Friday evening – and local police fear the animal is still at large.

The dog has been describe as a black Staffordshire Bull Terrier – while it is believed to not have had a collar or any visible owner in the area at the time of the attack.

Essex Police have called upon the public to come forward with information and area appealing to witnesses who may have been in the area at the time, or know where the dog came from.

An Essex Police spokesperson said: “A nine-year-old boy has been taken to hospital with injuries after he was attacked by a dog in Langdon.

“We were called on Friday 27 November with reports that the boy had been walking his dog with his family at Langdon Hills recreation ground shortly before 7.30pm, when another dog approached them.

“The dog was reported to have acted aggressively towards the family's dog before attacking the boy, when he tried to separate the two dogs.”

The police spokesperson went on to describe the animal.

They state: “The dog was described as a black Staffordshire Bull Terrier type dog with long legs. It didn't have a collar and was not accompanied by its owner.

“We are appealing for anyone who was in the area around the time and witnessed the attack, saw a dog matching this description in the area, or knows where the dog may have come from.”

Essex Police have asked the public to be on the lookout for the animal.

The statement went on: “We understand that this incident will cause concerns within the community, but officers are in the area searching for the dog and speaking to as many people as possible to find out if they have any information, which could help us with our investigation.”

Listing ways to get in touch with information, they continued: “If you have any information, please go to our website home page and select the 'Live Chat' button at the bottom right of the page.

"Here, between 7am-11pm, you will be able to provide information by speaking to one of our online operators to ensure your report is dealt with as quickly as possible.

“Alternatively, you can make an online report here or call 101.

“Information can also be given to independent charity Crimestoppers completely anonymously.

“Please reference 42/194565/20 when providing any information to ensure it gets to the investigating officer as quickly as possible.

“Alternatively you can call 101 or give information anonymously by contacting independent charity Crimestoppers.”