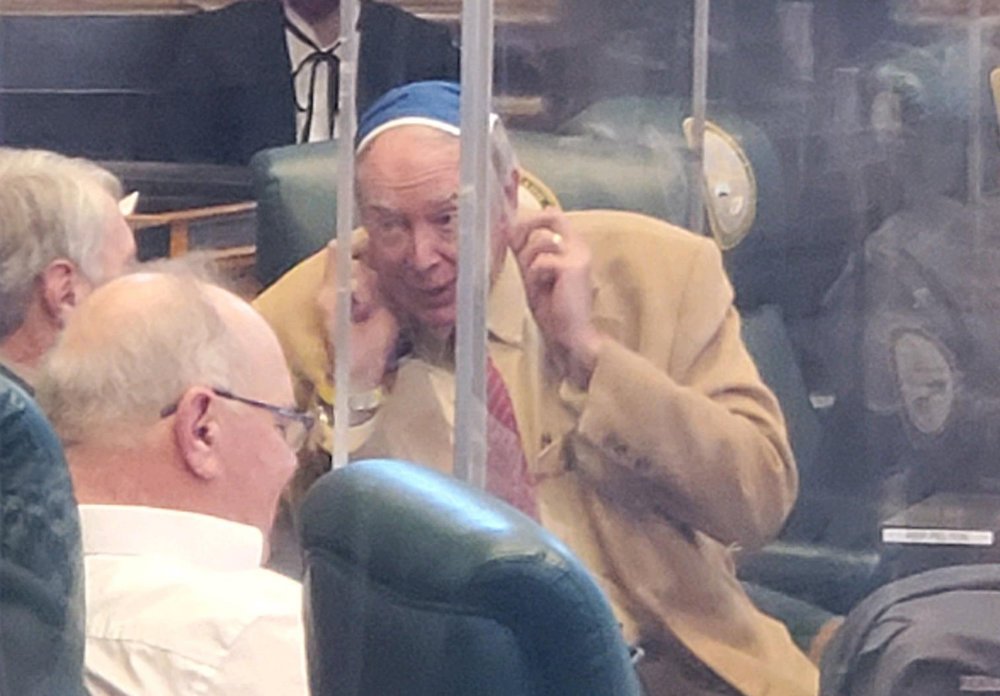 At the onset of a special legislative session designed to address the extraordinary and ever-worsening devastation wrought by COVID-19 in Colorado, many elected Republicans chose to go maskless inside the Capitol.

The legislature is meeting this week to allocate an expected sum of roughly $328 million in COVID-19 relief. As of last week, state estimates suggested 1 in 41 Coloradans was contagious with the virus.

There is a statewide mask mandate, and safety protocols approved by legislative leadership ahead of the special session stated that “masks should be worn at all times while in the building or anywhere in the Capitol Complex.” Lawmakers have been asked, but are not required, to wear masks while seated at their desks on the chamber floors.

Some Republican legislators chose to go maskless for parts of the day Monday, and the Democrats who control majorities in both chambers — and, thus, procedure — weren’t keen to try to force any change in behavior.

“Yes, (masks) can be required, and they generally are required. The question is how does it get enforced?” said Senate Majority Leader Steve Fenberg, D-Boulder. “It’s not like anybody is going to, when someone takes off a mask, immediately require them to put it on. If you think about it, the issue is what happens if and when someone refuses? Which will happen, simply to make a point, not because they don’t really want to wear masks.”

Many do want to make that point, said GOP state Rep. Matt Soper, of Delta, in an interview last month.

On Monday, however, Soper was among the Republican representatives who wore masks in the House.

As the special session kicked off, about half of Senate Republicans could be seen maskless on the chamber floor at various points. Similarly, at least half of the House Republicans did not don masks. In both chambers, all Democrats were seen wearing masks.

Leadership in both chambers set up safety precautions for meeting during the emergency session, including providing K95 masks and rapid testing, as well as limiting the size of hearings and providing more options for remote testimony.

House Speaker-designate Alec Garnett, D-Denver, on Sunday said no members can be forced to follow the pandemic protocols as each member is elected.

Rep. Hugh McKean, a Loveland Republican who will serve as the minority leader next year, was among the House Republicans wearing a mask Monday. He said he will do what needs to be done to make sure other representatives can come in the building and represent their constituents.

He’s told other members of the caucus that best practice is to make sure members are as safe as possible, but they won’t be mandated to wear masks.

“In the end, it’s every single member’s decision to do what they’re going to do,” he said.

Rep. Cathy Kipp, a Fort Collins Democrat, expressed frustration at the lack of face coverings by Republican colleagues and tweeted a photo Monday morning of Rep. Larry Liston, R-Colorado Springs, smiling and wearing his mask over his head.

“Not wearing a mask us (sic) one thing, mocking it like this or coming across the aisle maskless to greet your colleagues is just offensive,” she wrote.

Liston dismissed the complaint, telling The Denver Post he was just “goofing around” and that he was behind the plexiglass divider in his own seat. The lawmaker said he wears a  mask sometimes in the Capitol, depending on the distance between him and others or if it’s expected. (He wore a mask while speaking to The Post.)

But Kipp told The Post that during an alarming rise in COVID-19 cases and hospitalizations, she would hope all members would respect the protocols and be more cognizant of their fellow members and nonpartisan staff.

Senate Minority Leader Chris Holbert, R-Parker, has previously questioned the constitutionality of enforcing a mask rule for lawmakers. Democrats say the presiding officer of a chamber — in the Senate’s case, President Leroy Garcia, of Pueblo — has the authority to enforce the mask mandate, per the legislature’s rules.

But ahead of lawmakers’ return to the Capitol, Garcia told The Post he wasn’t sure he could actually wield the power and force people to put on masks.

“What are we gonna do? Hold them down? They’re elected,” he said.