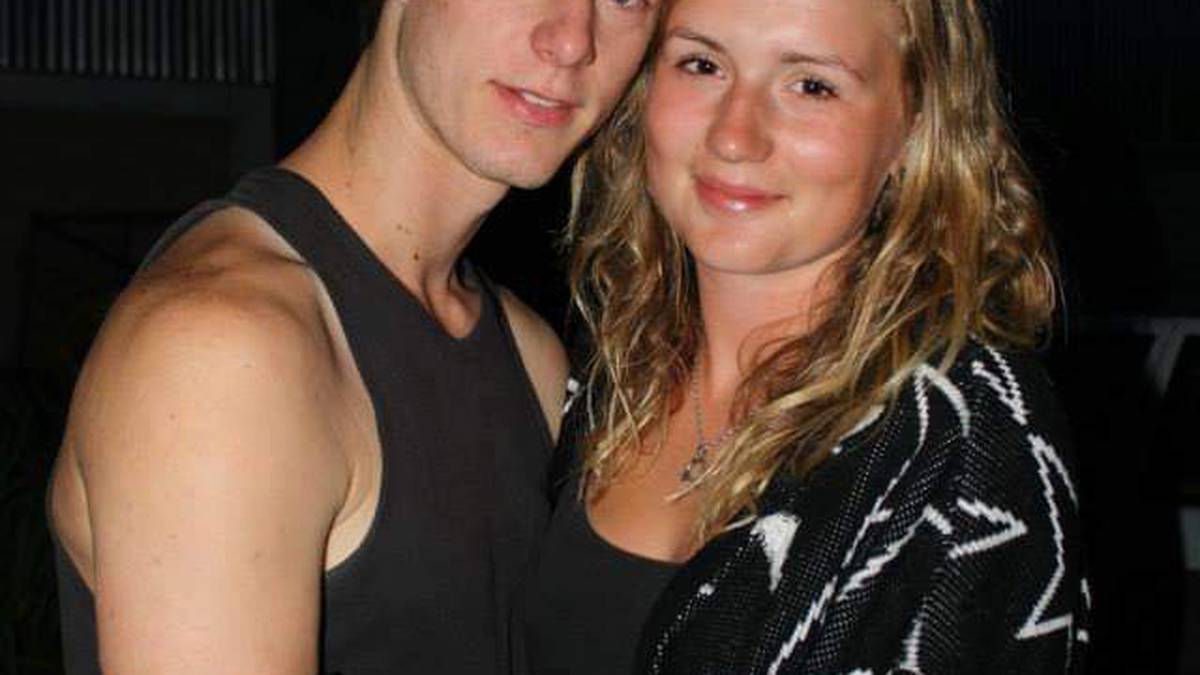 For the first time a heartbroken 28-year-old man speaks out about losing his
fiancée suddenly after the brand of her epilepsy medication was changed without warning. He speaks exclusively to the Herald amid the major coronial inquest.

Jessica Reid, 23, was cremated in the wedding dress she never got to wear to her wedding.

It had not yet been properly fitted but funeral directors made it work, her mum Karen told the Herald.

On the Friday morning of September 20, last year, the “passionate, thoughtful and loving” bride-to-be was found dead by her mum. “She was face-down on the bathroom floor,” Karen said.

Her fiancé Alex Bradley remembers meeting the love of his love when she was still at high school. He was four years older.

He said his first impression of her was: “a bit snobby”, and then she invited him to her school ball and he was taken aback.

“After the ball I had a totally different impression, I realised how down to earth she really was.”

Six years later, Bradley proposed to his “animal-lover” girlfriend at Auckland Zoo. He placed the ring inside the shell of a tortoise egg.

“She was blown away. She had no idea.”

The happy Hastings couple planned to get married in March next year. But now that day will never come.

Bradley said he doesn’t remember much from the day Reid died, “it was all a blur”.

But he remembers the phone call from Karen asking him why her daughter hadn’t turned up for work. Reid worked with her mum as a dog groomer.

“I just remember my heart falling, and I just knew it wasn’t good,” Bradley said.

“I just miss her so so much, and wish she was still here.”

Reid’s sister Hannah this morning spoke at the front of an Auckland District Court room, as part of a coronial inquest into Reid’s death – and five others who died suddenly of epilepsy.

Bradley and Karen sat in the public gallery comforting each other as Hannah spoke. Her dad Andrew could not be there because he lived Switzerland, but remained a big part of their lives.

Hannah said she did not believe the brand change alone killed her sister but it was a contributing factor.

“We feel as though there has been a massive failure of the healthcare system,” Hannah said.

“Jess’s GP changed the dose of her Logem medication without consulting a neurologist … why was the GP allowed to change Jess’s dose without neurologist consultation?”

“Changes for epilepsy medication should be made only by a neurologist, not a GP … pharmacy databases need to be linked.

“Jess reached out for help multiple times before her death but never received it.

“One neurologist appointment, two minutes to read the neurologist notes – that’s all it would have taken for her to still be here today.”

Criticism over Pharmac's decision to change brand of medication

This week’s coronial inquest into six sudden unexplained epilepsy deaths comes afterPharmac faced a raft of criticism for changing the brand of anti-seizure medicine lamotrigine to a generic form of the drug called Logem.

The investigation found no wrongdoing in the decision to change the brand of the drug it funded, and Logem still remains publicly available – although the agency also brought back the original funded medicine which patients could apply to switch back to.

Epilepsy New Zealand chief executive Ross Smith last week told the Herald part of the issue was patients weren’t being properly consulted when there was a brand change – and that didn’t just apply to this drug.

The country’s Medicine Safety Authority, MedSafe, warned Pharmac about changing brands, saying it should be avoided whenever possible, as there is a risk of destabilising treatment for these patients.

They also advise proper consultation with patients before switching, including outlining the risks and advice to come back if it doesn’t feel right.

Doctors speaking at the inquest all said they did not fully consult the patient before dispensing the different brand of the drug and often did not outline the risks.

One said he did not even know about the brand switch until he read about the death of his patient in the media.

The issue is clouded by the fact Sudep (Sudden Unexpected Death in Epilepsy) affects one in 1000 young adults (aged 20-45), where a cause of death cannot be found.

MedSafe has stressed anyone taking anti-epilepsy medication is to keep taking it and if they have concerns to talk to their doctor.

Chief Coroner Judge Deborah Marshall will continue to hear from families and doctors this week before Pharmac is expected to give its response in February next year.

A Pharmac spokeswoman said representatives of the agency were scheduled to give evidence in late February 2021, so it was not appropriate to comment during the proceedings.