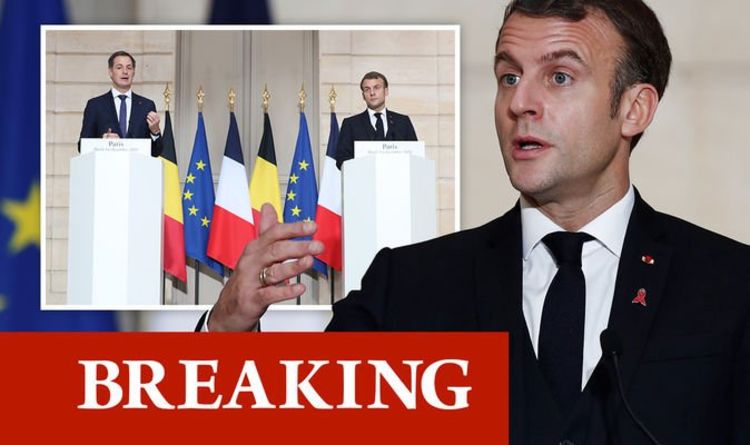 The French President insisted post-Brexit fishing rights in UK waters “is an essential condition” for his support of any future relationship pact. Fuelled by France, demands for widespread access to the UK’s fishing waters remain the main stumbling block. Mr Macron said: “The preservation of our fishermen in British waters is an essential condition.

“France will not allow an agreement that does not respect our interests.”

And Belgian prime minister Alexander De Croo said the bloc would not accept a deal at “any cost”.

Michel Barnier finds himself under mounting pressure from member states not to offer too many concessions to get the Brexit trade deal over the line. 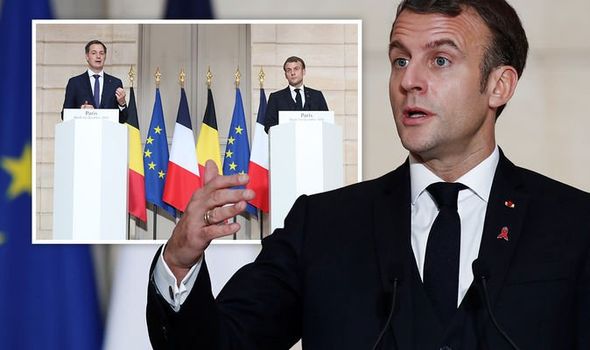 This morning, European Commission President Ursula von der Leyen insisted the bloc would not sign up to terms that are damaging to its single market.

She hinted Boris Johnson would have to sign up to a number of common standards, including state aid rules, before any deal is granted.

The top eurocrat said tariff and quota-free access would depend on Mr Johnson signing up to the bloc’s demand for a “non-regression” clause in areas such as state aid, environmental standards and workers’ rights.

The Prime Minister could one day opt to diverge from the bloc’s rulebook but it would mean the introduction of trade levies if the move is deemed to distort competition between EU and UK firms.

Mrs von der Leyen said: “At the moment being, we’re discussing who we replicate the control of the level playing field. Be it state aid, be it norms, environmental norms or labour norms…

“How we replicate that on both sides so that we can be clear there is no regression on what we have achieved and there is fairness over time so that, indeed, access can be without quota and tariffs and all companies play by the same rules in the single market.

“We want an agreement but not at any price. We are well prepared for both scenarios so we will see in the next days how things turn out.”

The disputes over the so-called level playing field and post-Brexit fishing rights are said to be the two main stumbling blocks in the wrangling.

France is blocking progress by refusing to drop its demands for near-parity access to Britain’s coastal waters after Brexit.

Downing Street insists its negotiating position will not change.

Cabinet Office minister Michael Gove said: “The EU still wants to take the lion’s share of the fishing in our waters – which is just not fair given that we are leaving the EU.

“The EU still want us to be tied to their way of doing things.

“The EU are at the moment reserving the right, if there is any sort of dispute, not quite to rip everything up but to impose some really penal and tough restrictions on us, and we don’t think that’s fair.”