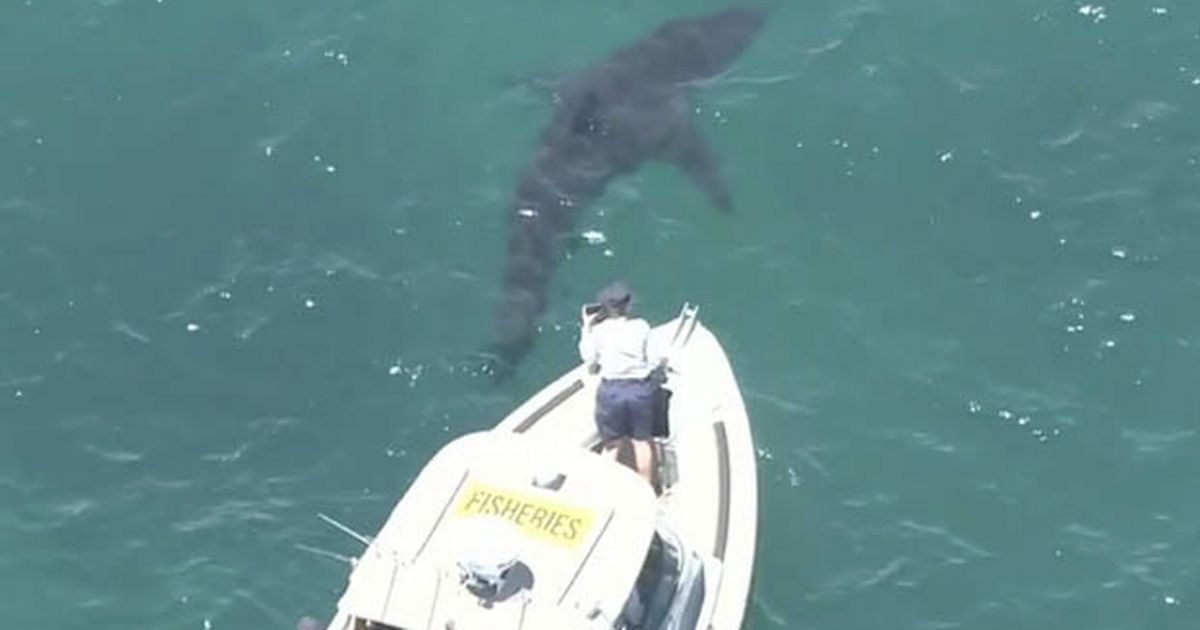 A monster 5.3-metre great white shark has been spotted off the coast of a popular beach – and it is one of the biggest ever recorded in the region.

Cottesloe Beach in Perth was shut twice on December 11 as experts tried to capture and tag the apex predator.

Such is its incredible size, the shark seems barely any smaller than the boat itself.

The beast was eventually released safely after being tagged.

The shark was first spotted by the Surf Life Saving helicopter off Cottesloe on Friday morning (December 11).

An alarm was set off across the beach and, three minutes later, it was closed with swimmers evacuated from the water.

Experts deployed drum lines to catch the predator before tagging him, with incredible snaps also showing one brave Fisheries worker having to place his hand dangerously close to the creature’s mouth.

Peter Godfrey, from the Department of Fisheries, said: "It's very rare to have such a big white shark so close to the metropolitan area.”

It comes after an unusually high number of sharks have been spotted off Perth beaches in recent weeks.

At least 31 have been spotted with 11 beaches closing and hundreds forced out of the water.

"We want to warn to remind everyone to take necessary precautions before going to the beach and that includes choosing to swim at a patrolled location," Chris Peck from Surf Life Saving WA told 9News.

The great white sighting comes after a tourist was tragically killed by a shark in the Caribbean.

The 38-year-old woman, who has not been identified, swum 500 meters from shore in the French territory of St Martin on Thursday last week (December 10).

She was then attacked by a shark, believed to be a tiger shark, who tore off her leg.