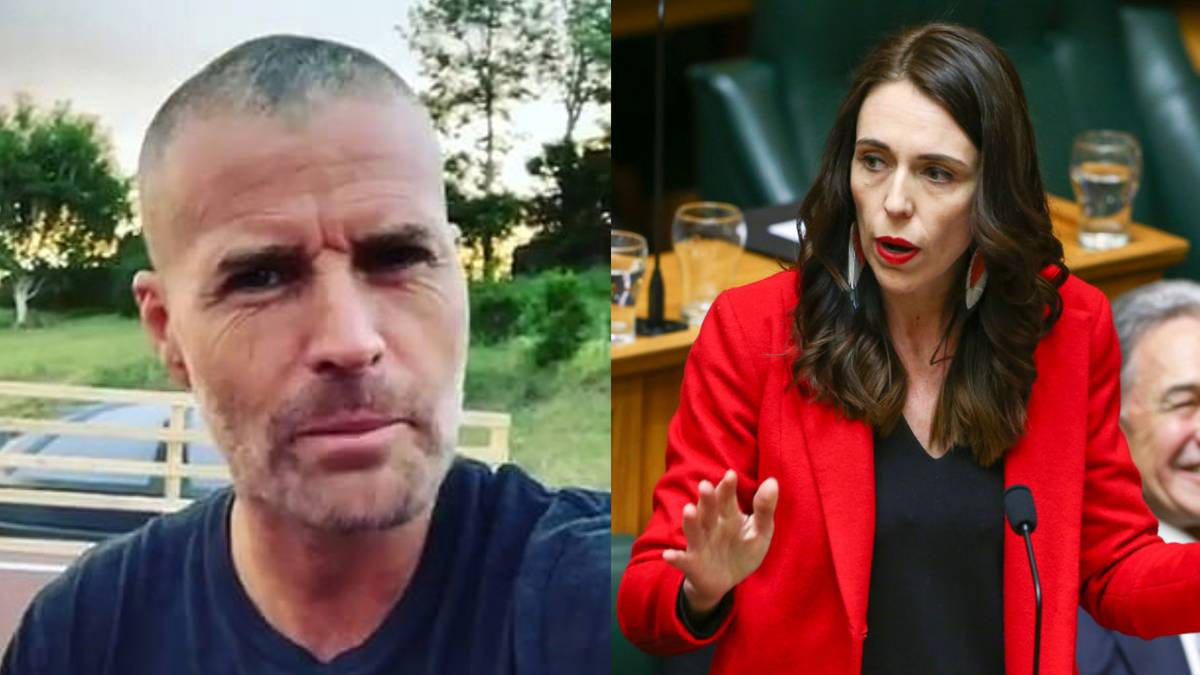 A builder who survived breaking his neck and battling Covid requested a pizza and a pint of Stella after waking from an induced coma.

Doctors feared that Chris Watkins would never walk again after he broke his neck after diving into a swimming pool on a lads holiday to Tenerife.

The 43-year-old grandfather from Pontypool in South Wales had been seeking sun and fun in a brief interlude of UK lockdowns, but was left fearing for his life when he injured himself while jumping head first into a pool at his hotel.

Mr Watkins alarmed friends when he was left screaming that he had broken his neck and requesting help because he couldn’t feel anything.

He was placed in a medically induced coma in a Spanish hospital before being flown by air ambulance to Wales at the cost of £28,000 – paid for by donations.

His situation grew worse when he tested positive for coronavirus when back int he UK.

But he has since fought off the deadly virus and left doctors astonished after recovering from his injury and taking his first steps since being hospitalised.

She told The Sun: "All of the doctors are just stunned and they’ve said what he’s done is nothing short of a miracle.

“He’s taking steps, walked up and down a few last week and is breathing on his own.

“When he first spoke he asked us for a pint of Stella and a pizza.

“I’ve had a Domino’s delivered to him at hospital and taken him a freshly made pizza from Sainsbury’s too.

“We’ve taken him the pizza – but not the Stella!”

Mr Watkins’ injury happened on September 4 while he was holidaying with mates at the Aparthotel Columbus, Playa de las Americas in Tenerife.

He underwent surgery and was transferred to a hospital in Wales on October 6.

While recovering in hospital, Mr Watkins tested positive for Covid-19 at the start of December – leaving his family “petrified” that he would become a victim to the deadly virus.

However, he managed to fight off the disease and was released from hospital in time for Christmas.

The dad-of-two is now spending two weeks at home before returning to undergo a rehabilitation programme at the Rockwood Hospital in Cardiff.

His family said of his recovery so far: “He’s shown such grit and determination to get where he is – he’s come so far in such a short amount of time.”