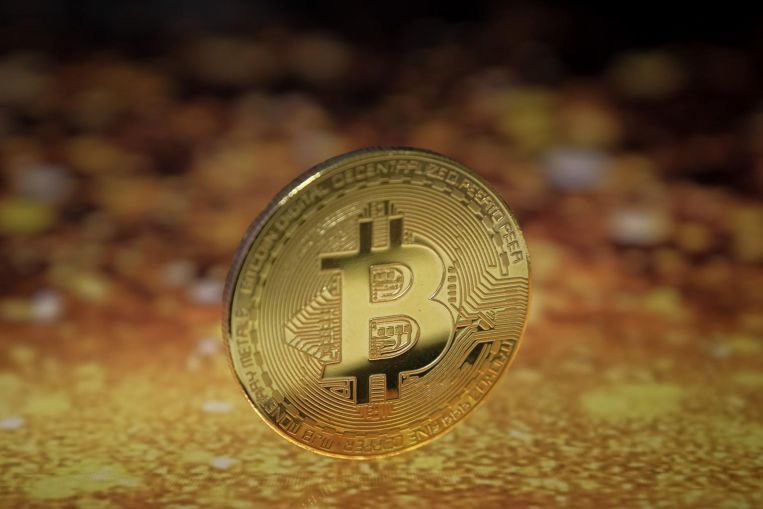 NEW YORK (BLOOMBERG) – Bitcoin fizzled in trading on Monday (Jan 4) as the famously volatile cryptocurrency pulled back after a spectacular new-year rally.

Prices fell as much as 17 per cent in the biggest drop since March before recovering. The losses are small in the context of Bitcoin’s broader rally, with a 50 per cent jump in December alone. After a parabolic 2020, the digital currency had started the new year with a bang, surging as high as US$34,000 (S$44,890) and hitting all-time highs on Sunday.

“Today’s selloff is a reminder this is a relatively new asset, highly volatile, and still yet to find its place in the market,” said Adrian Lowcock, head of personal investing at Willis Owen. “There are many (major) hurdles for it to overcome for it to be a useful mainstream asset.”

As ever in the world of crypto, it’s hard to pinpoint the proximate cause for the latest bout of volatility. Bitcoin is up more than 300 per cent over the past year, driven by a speculative fever from retail and institutional investors on the belief that cryptocurrencies are emerging as a mainstream asset class and can act as a store of value.

Believers in Bitcoin have pointed to the market’s supply constraints and supposedly rampant money printing by central banks as key drivers of bullish narrative. Others say that cryptocurrencies are a bubble in the making and another sign that crazy risk taking has taken over global markets.

After a year that’s seen Robinhood investors emerge as a powerful market force, some are wondering whether small traders could move out of technology stocks and into cryptocurrency speculation.

“Bitcoin’s growing market cap has to come at someone’s expense,” said Gave. “Will the marginal retail dollar start to forgo 2020’s Robinhood darlings and instead shift toward the roaring crypto market?”

The weaker US dollar could also be playing a role in Bitcoin’s furious ascent, said Paul Hickey of Bespoke Investment Group.

“The last time the dollar saw a larger six-month decline was in the second half of 2017,” he said. “That’s also the same time that Bitcoin first started to go mainstream.”