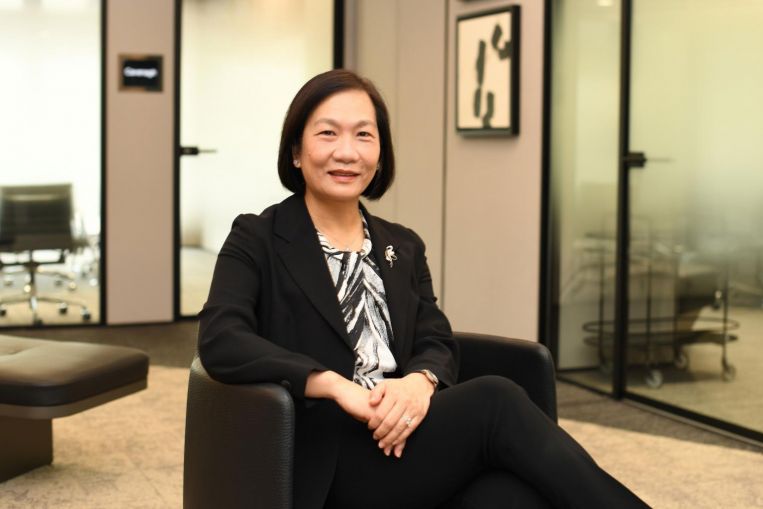 SINGAPORE – OCBC Bank has appointed its first female group chief executive – and the first woman to head a Singapore bank.

Ms Helen Wong, 59, will succeed group CEO Samuel Tsien, 66, who retires on April 14 after nine years in the top job.

Chairman Ooi Sang Kuang said on Friday (Jan 8) that the appointment marks the board’s focus on succession planning and talent management: “We had looked at candidates internally in OCBC and within and outside Singapore before we agreed on her as the best qualified person.

“Her experiences and expertise extend beyond corporate banking, Greater China and North Asia. She also ran a large banking operation of a global bank as the chief executive of Greater China, including Hong Kong, prior to joining OCBC.

“We are confident that Helen will be able to lead the OCBC Group to greater heights in an increasingly complex and challenging environment.”

Ms Wong started her banking career with OCBC in 1984 and was its first China desk manager.

In 1986, she moved on to other lenders in Greater China before joining HSBC in 1992, working in various roles in investment and corporate banking.

She was also responsible for HSBC’s debt capital markets business in Greater China and later the head of global banking in Hong Kong.

Ms Wong also had a stint in Shanghai. Her last position before rejoining OCBC last year was as HSBC’s chief executive of the Greater China division, with responsibilities that included mainland China, Hong Kong, Macau and Taiwan.

She also served as chairman of the Hong Kong Association of Banks in 2015.

Ms Wong has been OCBC’sdeputy president and head of global wholesale banking since last February and co-led a taskforce to review the bank’s strategy and operating model.

Ms Wong said on Friday: “Although Covid-19 struck fiercely at the economy and impacted many lives and livelihoods, we navigated the storm deftly thanks to (Mr Tsien’s) leadership, the team’s united efforts and the board’s guidance.

“The team and I will now continue to build on OCBC’s strong foundations to further entrench it as a leading and progressive regional financial institution.”