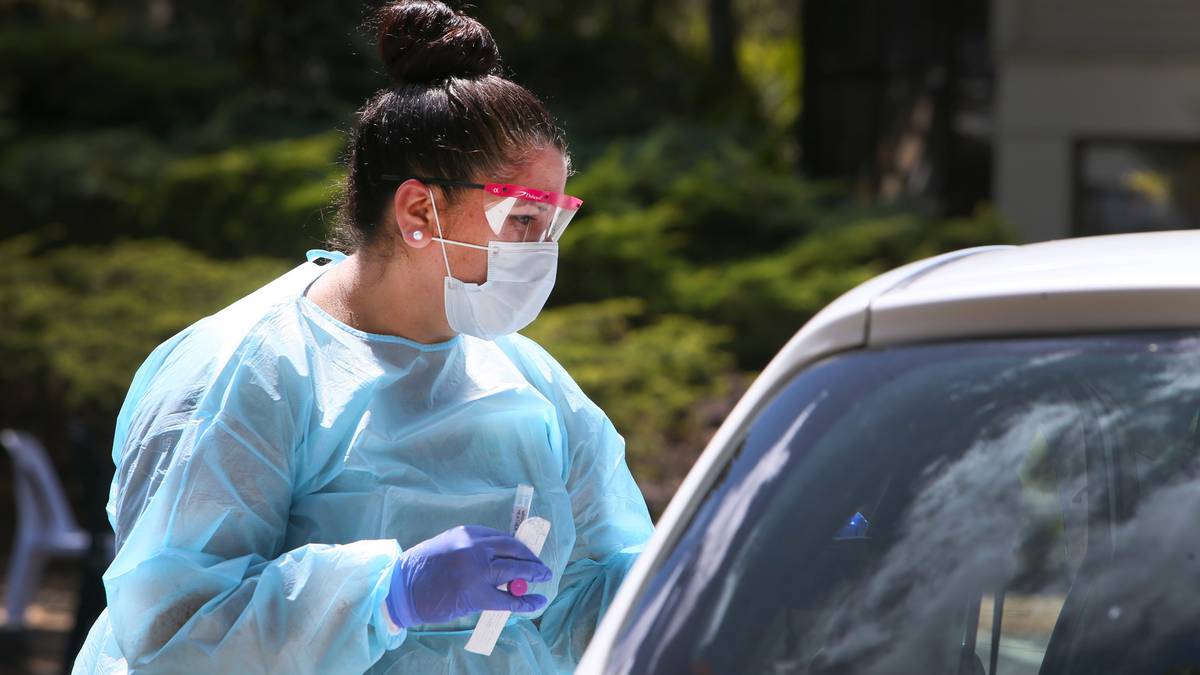 VIRUS LATEST:
• Two people in Auckland have tested positive for Covid-19, after twice testing negative while in managed isolation and being released into the community.
• The pair had been quarantining at the Pullman Hotel, where a 56-year-old woman was also infected and later tested positive after being released.
• The new pair had left MIQ on January 15 and have since visited a range of sites, mainly on Auckland’s North Shore.
• Mayor Phil Goff is urging Aucklanders to continue scanning with the NZ Covid Tracer app and practising good hand hygiene in light of the new cases.
• Claire Trevett: Covid 19 vaccines and why PM Jacinda Ardern will not want to win the race to vaccinate
• The Auckland cases were confirmed last night, on a day when the worldwide Covid cases surged past 100 million.
• Iwi’s Northland Covid-19 checkpoints to go ahead without police

The two new Auckland Covid cases have the same South African strain of the virus as the Northland woman infected at the Pullman Hotel.

The pair are an adult and a child, Covid Response Minister Chris Hipkins confirmed this morning.

Genome testing had shown the pair were linked to the first infection at the Pullman hotel.

That meant they had potentially come into contact with the returnee with the South African strain, Hipkins told Newstalk ZB’s Mike Hosking.

The infected pair had not moved far since returning to their home after being in managed isolation.

Hipkins said it was unfortunate that the information was shared before the Ministry of Health made an announcement about the latest test results.

He said at that point the ministry only had preliminary results so had chose not to release the information.

The two more Covid-19 cases have been detected in the community in Auckland and health officials are urging people who visited places of interest to isolate and get a test.

The two people who completed their managed isolation at Auckland’s Pullman Hotel at the same time as the positive Northland community case were confirmed last night as having been infected.

They left MIQ on January 15 and the Ministry of Health has released a list of 12 locations of interest they visited on the North Shore, including supermarkets, restaurants and service stations.

“While we still can’t categorically rule these out as historical infections, test results so far indicate the two people may have contracted Covid-19 towards the end of their stay in managed isolation, after returning two negative tests each during their stay,” director general of health Ashley Bloomfield said late last night.

“It’s important the right people isolate and get tested, so we don’t overwhelm testing centres.

“We understand that many will be anxious, but it’s important to remember we are carrying out these measures as a precaution. There is no evidence so far that suggests community transmission — but we need the right people to isolate and get tested.”

The infected pair were initially classified as “under investigation” after returning positive tests, pending further investigation to determine if the infections were recent or historical.

“They returned a second positive test with a higher CT value which led to them being treated as confirmed cases,” Bloomfield said.

“A third person in the family’s bubble has tested negative. The two family members who tested positive are in the process of being moved to Auckland’s quarantine facility.”

The two positive cases had completed quarantine on January 15.

The list of locations of interest covers a period from January 17, two days after the cases completed quarantine, to January 26.

Bloomfield asked anyone who has visited the below locations during the time period, or was in Auckland with symptoms, to isolate and call Healthline to arrange a test and remain isolated until they receive their result.

“I understand that this is unsettling and not how any of us wanted to start 2021,” Goff said.

“We had hoped to leave Covid-19 behind in 2020 but the reality is that we will be at risk from the virus for some time yet. As the gateway city for New Zealand, the chance of another outbreak was always present.

“Aucklanders, out of anyone in the country, know how to beat this virus – we have done it multiple times and we are going to do it again.

“I know this is frustrating, but I want to ask Aucklanders to do what is needed to defeat Covid-19 again.

“Scan, scan, scan. I cannot emphasise enough how much scanning needs to be ramped up. Use the app to record your movements and turn on the Bluetooth tracing function.

“Wash your hands regularly and stay home and get a test if you feel sick.

“Please remember you only need to get tested if you have COVID-19 symptoms or have been present at locations identified by the Ministry of Health.

“And remember it is still a requirement to wear masks on public transport,” said Mayor Goff.

The Northland community case, a 56-year-old woman who is now recovered, tested positive on Saturday after her two-week stay in managed isolation at the Pullman Hotel.

All 353 guests who stayed at the same hotel were ordered to isolate at home and get tested.

The Auckland pair’s test results are different to two other positive results which Bloomfield said were later found to be historic and a false positive.

And nearly 100 people — almost a third of the 353 identified Pullman guests — were yet to be spoken to by contact tracers to ensure they get a test.

Of those who have been contacted, 14 reported having symptoms but 13 returned negative tests.

As well, 327 people have been identified as being at one of the 31 locations the Northland woman visited before testing positive — 127 had negative test results.

More than 17,000 tests have been processed since news of the community case broke on Sunday.

“There are encouraging signs in Northland so far but, a reminder, the situation is evolving and we’re not breathing out just yet,” Bloomfield said earlier yesterday.

But he warned previous experience indicated there might likely be more positive results because the test is sensitive and can pick up fragments of the virus.

It was still a mystery yesterday as to how the woman caught the virus after having a negative test on day 12 of her stay.

People in managed isolation at the Pullman Hotel have been confined to their rooms till at least 1pm today.

A letter sent to returnees in the hotel on Wednesday night from Head of Managed Isolation and Quarantine Brigadier Jim Bliss said an ongoing investigation was underway after two weak positive tests were returned in the community.

“On advice from Health officials, I must ask you to continue to remain in your room until at least 1pm tomorrow (Thursday 28 January 2021) at which time I will reassess.

“I understand this is disruptive. I want to assure you that the team at MIQ are working alongside our health colleagues on these investigations. As a returnee, your health and safety is our priority. We have robust processes in place to respond to these kinds of events.”

Bliss added most staff who worked on key dates of interest had very recent negative tests, giving him “additional assurance” there had been no transmission to staff working on those dates.

Anyone needing support with anxiety, distress or mental wellbeing were urged to speak to a counsellor.

Decisions around events over the Auckland Anniversary Day long weekend will be made in the next two to three days based on advice from the Ministry of Health.

The Sounds Like Summer Festival, due to take place in Omaha on Sunday, has been postponed.

Organisers say after getting advice from the Ministry of Health, it was in the best interest of everyone to postpone.

More than 15,000 people were expected to attend.

Meanwhile, Foodstuffs’ head of corporate affairs Antoinette Laird said Auckland Regional Public Health Service advised that the two positive cases had shopped at both PAK’nSAVE Silverdale on 17 and 18 January and at New World Orewa on 25 January.

“Public Health considers the risk to team members and other shoppers to be reasonably low, however, while this is investigated further, we are taking the heightened precaution of requiring team members who were working front of house when the shoppers visited to: isolate at home, take a test and return to work only when they have returned a negative result. As you would expect, team members will be paid for the time they are unable to attend work.

“As the customers recently diagnosed with COVID-19 shopped at PAK’nSAVE Silverdale and New World Orewa up to a week ago, the stores have already cycled through their increased hygiene and sanitation protocols several times since the visits; both stores have been deep cleaned overnight and we are continuing to maintain the highest in-store cleaning and sanitisation measures.Both stores will be open (today).”.

Perspex screens were still in place and Laird reminded customers to use the NZ COVID Tracer QR Code when they visited the supermarket.

New Zealanders can expectto see the public campaign about Covid vaccinations kick off in the next few weeks.

Covid-19 Response Minister Chris Hipkins said the Medsafe approval process all four vaccine variants would go through was an important part of the effort to assure Kiwis they were safe.

The first batch of the Pfizer vaccine is expected to arrive in New Zealand next week.

Ministry of Health surveys indicate 70 per cent of the population would get the vaccination, 20 per cent were hesitant and needed more trusted information while about 10 per cent will refuse to get it. At least 70 per cent of the public need to get the jab in order for there to be sufficient coverage to reach herd immunity but the Government is “aspiring” to vaccinate about 90 per cent.

Frontline border workers and their close contacts will be vaccinated first with the vaccination campaign reaching the general population by the middle of the year.

Hipkins said it would then take six months for it to be rolled out to everyone who wants it, calling it “a numbers game” because vaccinating every single person of the “team of five million” would require 10 million doses. If there could be 50,000 vaccinations done per day, it would take 200 days to do every single person twice.

Hipkins said they were aspiring to have the vaccination programme completed by the end of the year — if it’s started in June — but it would depend on other elements like shipments and Medsafe approvals for all four variants.

“There’s still a lot of what-ifs in that equation.”

It’s likely there will be vaccination sites similar to the pop-up Covid testing centres.

Hipkins said New Zealand was still at the “front of the queue” of countries without health emergencies to receive doses from the four suppliers it has agreements with. But countries with widespread community transmission were being prioritised.

“It’s very difficult on humanitarian grounds to argue against that.”