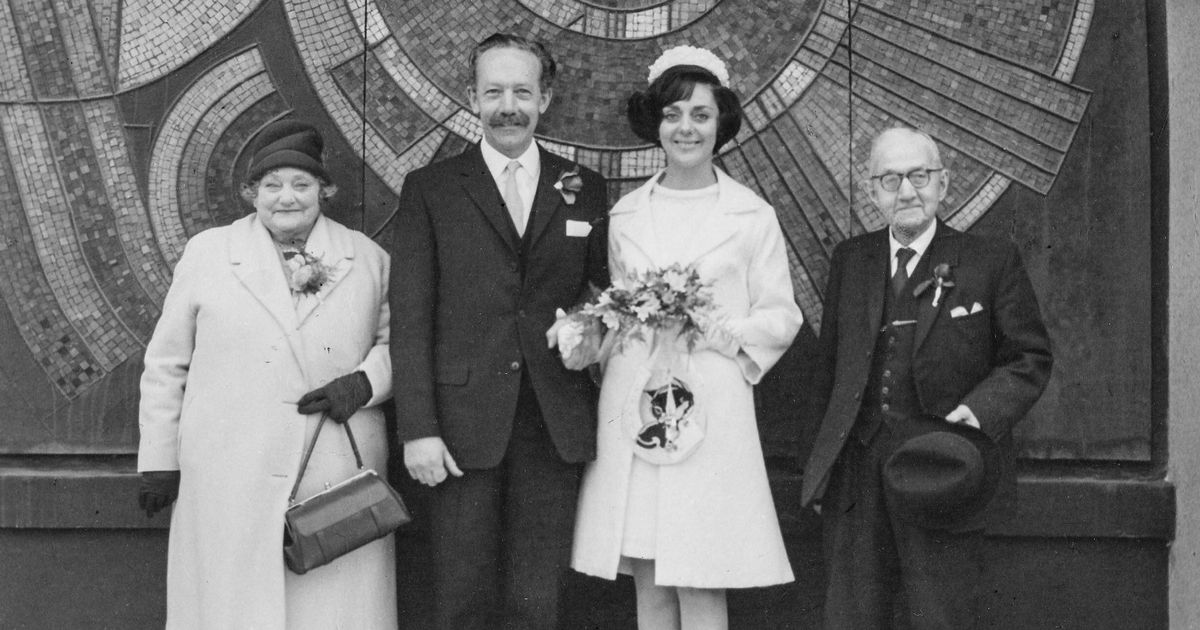 Captain Sir Tom Moore had all but given up on love until he met his wife when he was aged 50.

The fundraising hero, who has died aged 100 after testing positive for coronavirus, finally found happiness with Pamela while he was working as a salesman.

She was 35 and working as an office manager when the World War Two veteran first met her.

The couple finally wed in 1968 and had two daughters, Lucy and Hannah, the Mirror reports.

He said: “As it so happened, the office manager in Gravesend was a rather attractive young lady – she looked terrific to me, like a model – so I had to do various trips and, shall we say, the ­attraction with the office manager became stronger and I eventually married her."

Sadly, Pamela's health started to decline while she was in her 60s and her devoted husband cared for her for two years.

When her condition needed extra medical attention, she was moved into a care home although Capt Sir Tom was still her main carer.

He would visit her every single day, fed her meals and would sit with her for hours on end until she died in 2006.

The Army veteran described their marriage as "a happy time" and said the devoted couple loved the simple things in life.

He added: “Pamela loved nothing more than a trip to Marks & Spencer. That was her dream day out, so we did that a lot."

After her death he lived with his daughter, Hannah, along with his grandchildren, Georgia and Benjie, in the village of Marston Moretaine in Bedfordshire.

Capt Sir Tom, who was born in Keighley, West Yorkshire, served with the Duke of Wellington's regiment in India and Burma, being honoured with a raft of bravery medals.

He started work as a salesman after leaving the Armed Forces.

Capt Sir Tom became a national hero after he raised more than £33million for the NHS by walking laps of his garden last April.

He was later knighted by the Queen.