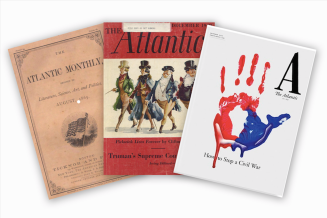 After a few months of searching, Vox has a new editor in chief.

The online publication will now be overseen by Swati Sharma, managing editor of The Atlantic since 2018. She will start at Vox next month, overseeing the outlet’s online publication and “editorial vision,” which now includes technology site Recode, as well as a slate of podcasts and other original programming.

Melissa Bell, a cofounder of Vox and publisher of the broader Vox Media, said Sharma “has combined a deep respect for great journalism with a profound understanding for audience needs” throughout her media career. Bell said Sharma was “instrumental” in The Atlantic’s more recent online audience growth and subscriptions. Despite making substantial editorial cuts early in the coronavirus pandemic, The Atlantic has since hired about a dozen people in various editorial posts and in December, it tapped Wired’s editor in chief Nick Thompson to be the publication’s chief executive officer.

Before Sharma joined The Atlantic in 2018, where she oversaw its website, she was at The Washington Post as a deputy assignment editor and a digital editor for foreign and national security. Before that, she was at The Boston Globe.

“I’m thrilled to join an institution that has strong values and a crucial mission and I’m looking forward to collaborating with the talented team already in place to continue producing work that dissects and illuminates big ideas, challenges long-held perceptions, inspires people to live better lives, and fosters the kind of discussion that leads to real change,” Sharma said. “With a still raging pandemic, an overdue and ongoing racial reckoning, and a new presidential administration, the work is more vital than ever.”

A representative of The Atlantic said the publication does not yet have a replacement for Sharma as managing editor.

Sharma is taking over the role last held by Lauren Williams, who also served as Vox’s senior vice president. Vox said it is still undertaking “an extensive, inclusive search” to fill that position, which will oversee the site’s entire leadership team, including audio, video, development and business. Williams in November said she was leaving Vox to found Plan B, a non-profit news organization focused on Black audiences.

Shortly after Williams’ said she was leaving, Ezra Klein, another cofounder of Vox, decamped to The New York Times, where he is now an opinion columnist and has his own podcast.