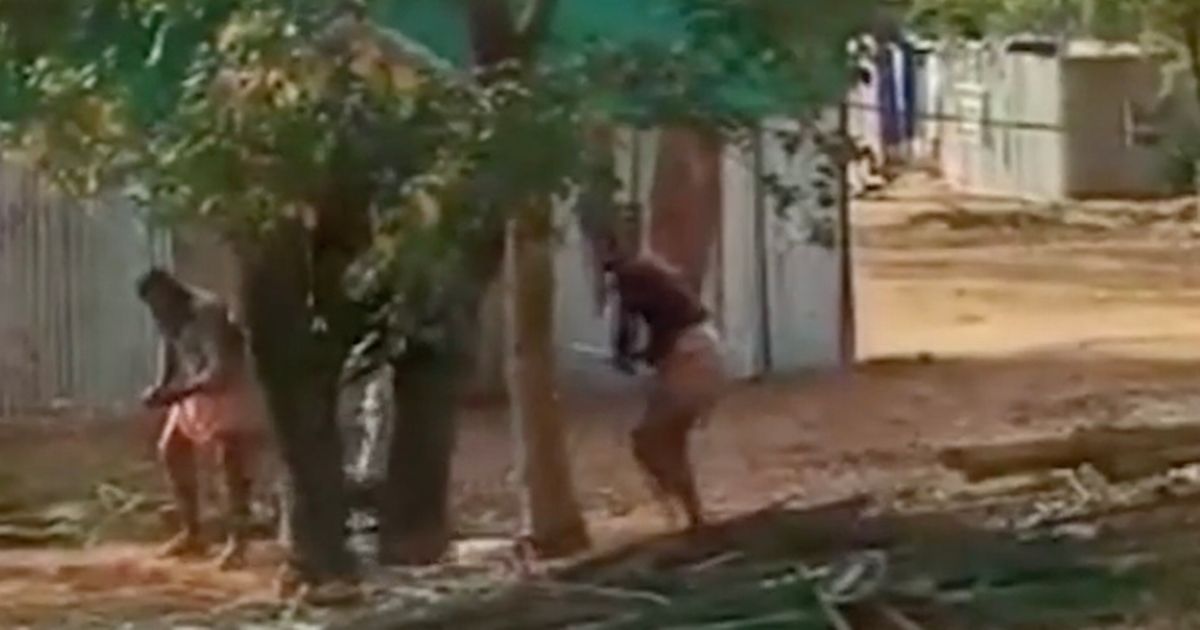 Two men have been arrested after sickening video emerged of the pair repeatedly thrashing a wailing elephant.

The horrifying incident took place in a secluded area inside an elephant camp at Thekkampatti, the municipality of Mettupalayam in southern India.

The poor animal whines in pain and lifts her legs every time the trainers hit her.

Preliminary investigations launched by the local Forestry Department stated that the incident occurred on Saturday evening, February 20, when the elephant was disobeying the trainer's commands.

Irked by its insubordinate behaviour, Kumar and Sivaprasad chained the elephant to a tree and attacked it, the officials said.

Officials at the Thekkampatti elephant camp have received waves of criticisms from wildlife conservationists and activist.

Various NGOs focusing on wildlife conservation visited the Thekkampatti elephant camp on Sunday (February 21) and conducted a field inspection on how the elephants are being treated.

They demanded that the state government must ensure proper treatment for the injured elephant. Kumar has been suspended, officials have said.

The animal is one of the 26 elephants coming from 23 temples across Tamil Nadu and Puducherry as they camped at Thekkampatti for a 48-day retreat.

They will be given nutritious food, long walks in the jungle and a relaxing bath by their trainers, according to The Hindu.

Last week, a jumbo elephant was found in a poor state that rescuer workers said it was "days from death".

The old-aged mammal was so sick that his tusks had started to weaken and crack and vets were forced to hoist the animal up with leather straps to administer an IV drip.