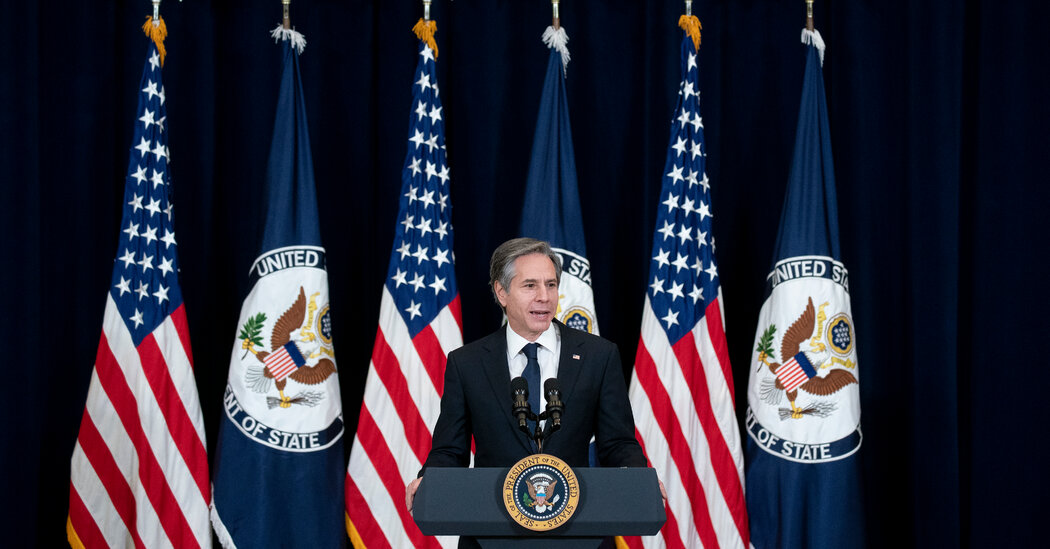 The secretary of state has postponed diplomatic travel during the coronavirus pandemic, which experts say is a challenge at a moment of flux in the world. 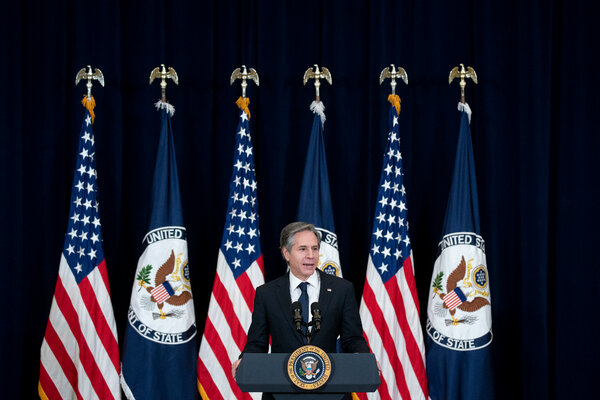 WASHINGTON — Secretary of State Antony J. Blinken has kicked off his first month in the job with a blaze of diplomacy.

As part of his effort to re-energize American alliances frayed by the Trump years, Mr. Blinken has spoken with dozens of his counterparts around the world and joined gatherings of Asian and European leaders — all without ever leaving his seventh-floor office at the State Department.

As the world struggles to get the coronavirus pandemic under control, most diplomatic travel remains postponed. In ordinary times, Mr. Blinken would have hosted a stream of visitors and logged thousands of air miles by now; instead, he has relied on the telephone and video screens, much like Zoom-dependent workers everywhere.

Behind the jokes, however, there is frustration. Mr. Blinken and President Biden say the United States faces a herculean challenge in restoring bonds with key allies, re-establishing American leadership against rivals like China and Russia, and confronting threats such as climate change and a nuclear Iran.

Although Mr. Blinken has been vaccinated against the coronavirus, State Department officials say they are being cautious about his foreign travel, which involves an entourage of aides, security personnel, support staff and journalists, many of whom would be at risk of contracting or spreading the virus. Mr. Blinken currently has no travel planned, and a senior administration official said he might not take to the air before April — though even that timeline is uncertain.