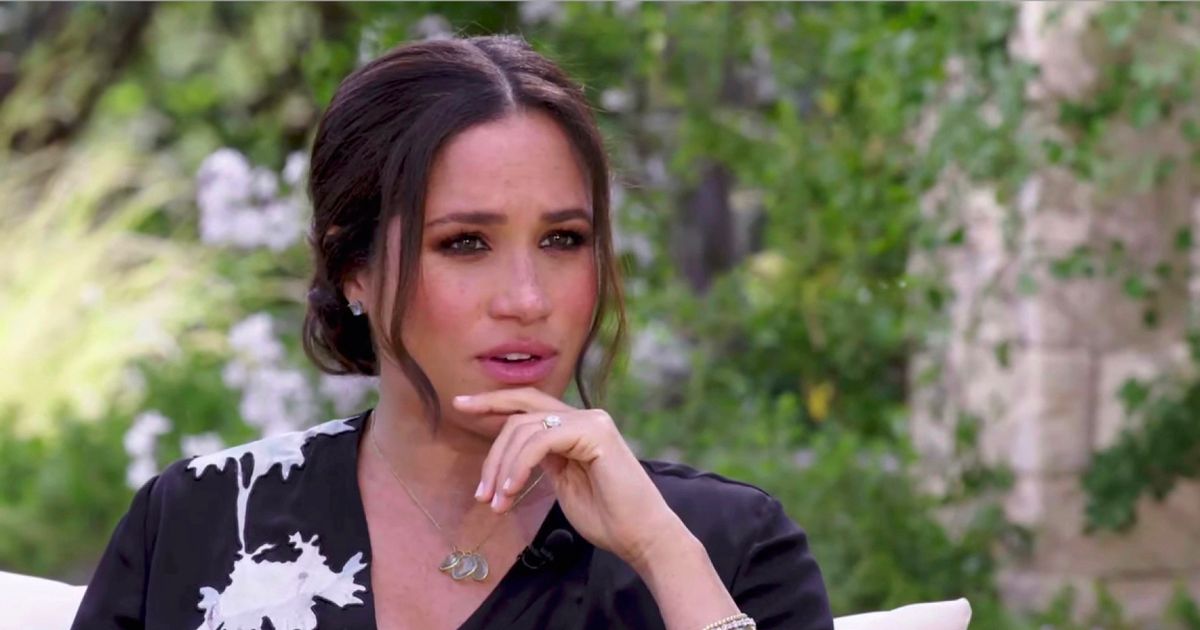 Meghan Markle revealed her angry side during her and Prince Harry's bombshell interview with Oprah Winfrey, a body language expert said.

The highly-anticipated two-hour special with the US chat show queen will see the Duchess of Sussex reveal a sudden "eruption of anger and adrenaline" during the chat.

In teaser trailers for the show, due to premier tomorrow in the US and on ITV in the UK on Monday night, Meghan accuses "The Firm" of "perpetuating falsehoods" about the couple, who now live in California in the US.

The Sussexes also opened up about life as a working royal, Princess Diana and their decision to quit the monarchy.

He said: "So, is Meghan Markle about to be exposed as the 'controlling other half' which if you read the internet forums around the world, many people are confident of this happening.

"Or, will we see a calm, factual and powerful lady ready to bring down 'The Firm' as she has called the Royal family in the trailer that has been released by CBS?

"Here we look at the ‘non verbal’ based communication. What is really going on in Meghan’s mind? What is the relationship between her and Oprah like?

"And is she holding anything back out of courtesy, or is she ready to drop an explosive bombshell that could reverberate through the ages?" Meghan and Oprah are friends, with the interview queen attending the couple's royal wedding back in 2018, which Bruce believes shows through during their chat.

He says: "The first thing to note here in the short trailers that have been released is that Meghan is mirroring the posture and seating position of Oprah. This would indicate a rapport between the two.

"You will notice this if you are comfortable with someone. They move, you move. They change, you change.

"It is as if it is you are both in a dance, one being led by the other. What this does indicate is the amygdala area of the brain (the ‘seat of emotion’) is not feeling any threat.

"You can contrast this with the disastrous interview given by Prince Andrew. "The more his amygdala reacted, the more stressed he became as the questions became more pointed, the more he contorted in his seat.

"So there has been a bond created by Oprah towards Meghan and that is reciprocated.

"That said, this may not be the 'fairest' way to interview someone. Although when asked a question, the hippocampus part of the brain will still retrieve those memories, the amygdala will fire less as it is a ‘friendly voice’ asking the questions.

"Sure, it will still fire, but not on the same scale as if it was an interviewer who was purely neutral.

"What is really interesting is when Oprah asks 'How do you feel about the palace hearing you speak your truth today?' they both adopt ‘the thinkers position' – which is where one arm comes up and the finger rests just below the chin.

"Now, this is often a sign of a 'self sooth' where we are telling ourself it is ok to say what we want to say, or even giving permission to listen to what is coming from the other person.

"Tellingly though, it also forms a barrier between you and the other person. The arm comes across, at least partially, the torso area. This is where our vital organs sit."