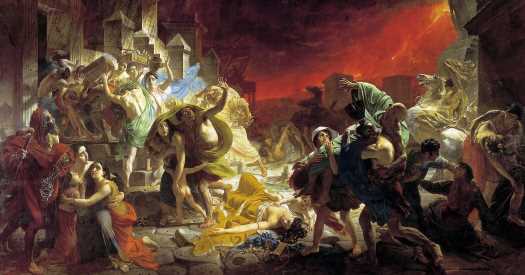 Gaius Sulpicius Faustus was lucky, at least by the standards of the Roman Empire. Born into slavery, he was freed by his master and became a libertus, a freedman, though his fortune was still tied to his former owners. Like many educated liberti, Faustus found work as a business manager for his former master, keeping his books and overseeing his real estate holdings in the Bay of Naples. Faustus lived comfortably, but he still faced significant barriers: His status as a former slave meant he was marginalized in polite society; he couldn’t run for political office, nor would he ever ascend to the highest rungs of society.

All that changed in 79 C.E., when a terrifying catastrophe upended the Roman world and Faustus’s life. Earthquakes shook the Bay of Naples, and then Mount Vesuvius began to vomit smoke, large rocks and finally a stream of superheated gas that extinguished everything in its path — including, famously, the city of Pompeii — leaving nothing behind except a 20-foot-thick layer of broiling hot ash. And that’s only the beginning of the story.

Within months, the fortunes of liberti like Faustus were forever changed, for the better, as they became beneficiaries of a disaster relief program that offers something of a blueprint for those we’re debating in the pandemic-stricken United States now. What happened next for Faustus, and others like him, reveals how government generosity during a disaster can benefit the generations to come. Political leaders in Congress may not be certain whether President Biden’s $1.9 trillion relief package will jump-start the economy, but history suggests that it will.

While the name Pompeii is practically synonymous with total disaster, only about 2,000 of the city’s estimated 12,000 residents are known to have perished. Archaeologists now have evidence that a vast majority of Pompeiians, including several members of Faustus’s extended family, evacuated to nearby cities like Neapolis (now Naples), Cumae and Puteoli (Pozzuoli). After touring the smoking ruins of Pompeii, and nearby buried towns, Emperor Titus ordered that the wealth from rich patricians who perished in the eruption without heirs be transferred to the refugees, many of whom were former slaves like Faustus. It was a rare act of generosity, and all the more so because we have ample material evidence that he kept his word.

Titus’s decision was partly pragmatic. Helping displaced Pompeiians allowed the Roman economy to keep chugging along, because liberti handled nearly all trade, banking and other Roman financial dealings. In the 70s C.E., the Roman Empire had settled into relatively peaceful prosperity, having moved on from the warmongering centuries of the Roman Republic. Nero’s controversial reign had ended with his death in 68, and international trade was booming, buoyed by what Steven Ellis, an archaeologist and associate professor of classics at the University of Cincinnati, calls a “retail revolution.” Crowded streets in Roman cities were packed with bustling shops and restaurants tied into a supply chain that stretched from Spain to Syria. Pompeii, a seaside resort town for Rome’s elites, thronged with tourists and locals alike who spent their coin on entertainment and good food. 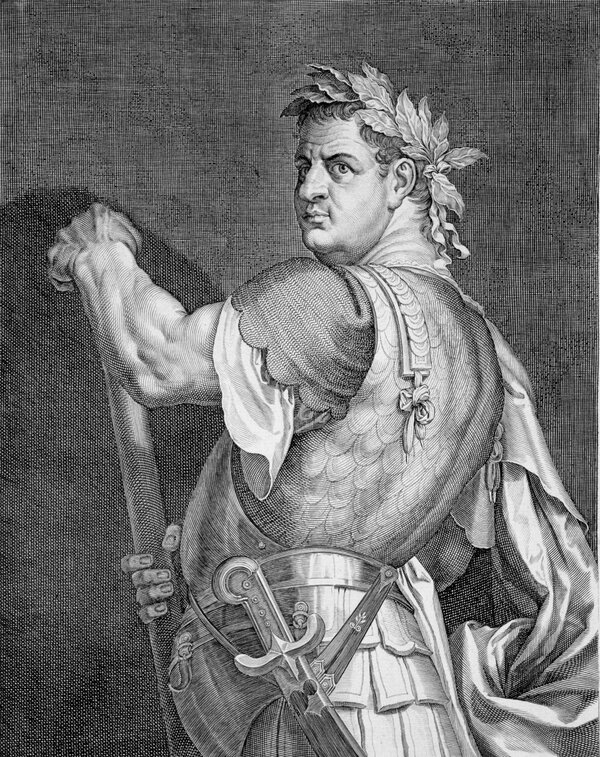 Certainly Titus wanted to preserve this retail prosperity, but his relief program reflected a more fundamental social norm in Roman society. The relationship between patrons, or heads of household, and liberti was meant to be one of reciprocity. Patrons were supposed to be generous with their former slaves, who in turn were expected to show gratitude to their patrons by remaining loyal members of the household. Titus’s relief efforts were in some sense an expansion of this ideal, in which the emperor became patron to all the liberti who had lost everything in the eruption.

But this time the patronage was on a historic scale. Steven Tuck, a Miami University historian of Rome who has studied the Pompeii refugees, told me that there would have been little in the way of direct payments to survivors. Instead, Titus ordered whole new neighborhoods to be built for them in nearby cities, complete with amphitheaters, baths and fresh roads that connected to major trade routes. When Titus’s brother, Domitian, became emperor, he continued the relief efforts in refugee neighborhoods by commissioning sumptuous replicas of Rome’s recently completed Colosseum for them, as well as temples to Pompeii’s patron gods, including Venus. And all that building created jobs.

“In a world without labor-saving devices, every public works project was first and foremost a jobs program for Romans,” Professor Tuck said. He estimated these construction projects probably provided a living for thousands of people over the next 10 years.

It’s hard to measure how much of a wealth transfer this represented, but we can estimate. In her book “The Baths of Caracalla,” Janet DeLaine, an archaeologist at the University of Oxford, calculated that building a Roman bathhouse would require 5,200 men for the excavation, 9,500 men for the substructure, 4,500 men for the central block and 1,800 for the decorations. In other words: thousands of good jobs, for years. And the resulting infrastructure would be used for centuries.

While the government supplied Vesuvius’s victims with new homes and good jobs, it also inadvertently washed the stigma of slavery from generations of people in the Bay of Naples.

That’s because post-Vesuvian chaos allowed Faustus and other liberti to tinker with their names. In Roman society, slaves were marked through naming practices — slave nicknames would have been quite recognizable to any Roman. In the name Gaius Sulpicius Faustus, for example, “Faustus” was a popular slave nickname that means “lucky.” Former slaves added an “L” to their names, for “libertus,” which meant that their humble origin was still identifiable even after manumission. When Faustus introduced himself to patricians, they would immediately know he was a libertus. But because he and his cohort moved to places where fewer people knew their family histories, liberti and their freeborn children could discard those slave names.

Within one generation of the eruption, many refugee families of liberti had names that were indistinguishable from their freeborn neighbors’. That made them eligible to vote and run for political office, unhampered by prejudice against people coming from slaves.

This didn’t represent a complete turnaround in Rome’s attitudes toward slavery, nor did every libertus wind up rich as Faustus and his family. But there’s no doubt that the government’s relief program changed the fortunes of marginalized people for the better and bolstered the Roman economy in the process.

We can still see our modern concerns reflected in this ancient disaster. Everyone in our nation wants a quick return to business as usual, complete with some infrastructure upgrades and new jobs. But for the descendants of slaves, and for other historically disadvantaged groups, this relief effort could also provide opportunities for social mobility. The good news is that historical evidence suggests we can have all this and more — so long as our politicians are willing to be as generous as a Roman emperor once was, some 1,950 years ago.

Annalee Newitz, a science journalist and a contributing opinion writer, is the author most recently of “Four Lost Cities: A Secret History of the Urban Age.”