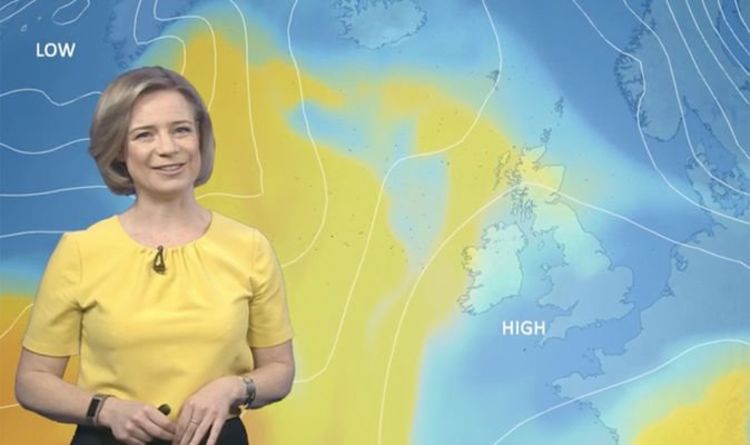 The UK is bracing itself for an Atlantic storm by the middle of next week, according to the latest BBC weather forecast. However, prior to that, the country will see temperatures drop to -4C as an Arctic freeze takes hold. BBC meteorologist Sarah Keith-Lucas said temperatures have already dropped to as low as -7C in Wales this morning.

She told BBC Breakfast: “It is a chilly start to the day.

“High pressure is still in charge of our weather this morning, and there is quite a cold airmass for most of us.

“But we are starting to see milder air pushing in from the north. That will see a bit more cloud and rain across northern Scotland and maybe a few showers down across the east.

“For most of us, the temperatures still not great for this time of year – around 7C or 8C.”

JUST IN: Sub-zero temperatures to return as Britain braces for -4 conditions 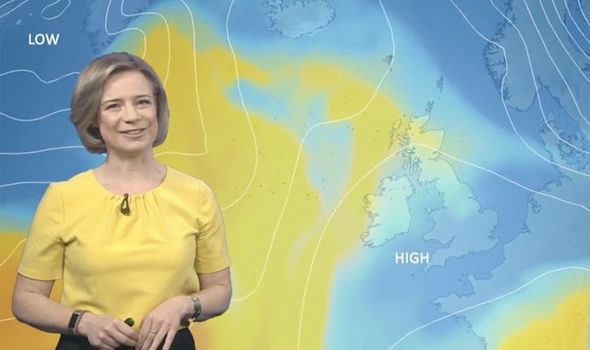 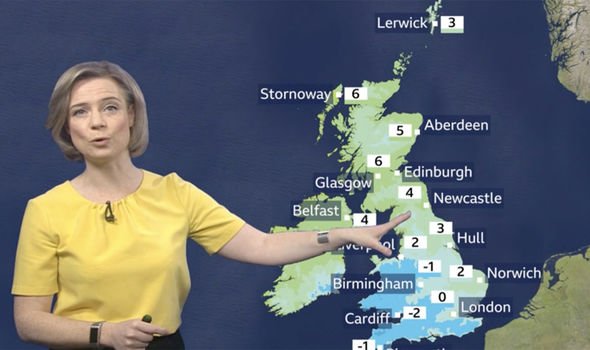 Ms Keith-Lucas continued: “But where you see the sunshine, it will be fairly pleasant.”

The BBC metereologist said a north-south divide in weather will dominate the country over the next 48 hours.

She explained: “Overnight, underneath the cloud in the north, temperatures will hold up at around 4C to 6C.

“But further south, where you have those clearer skies, it will be another cold night.

BBC Weather: Temperatures to fall below freezing in parts of UK 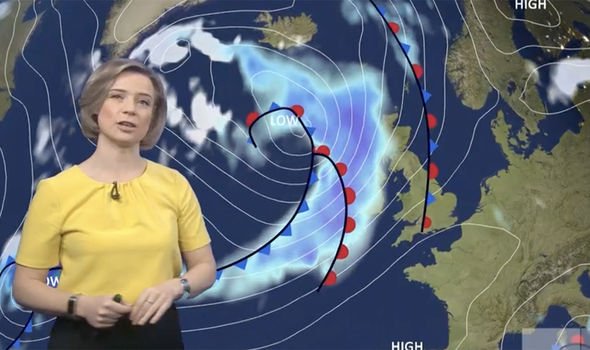 “Temperatures once again down to around -3C to -4C across parts of southern England and Wales too. So a north-south divide to begin the new week.

“Temperatures are a little bit warmer on Monday, around 9C to 10C.

“In the week ahead it will be all change. We will lose that high pressure and frontal systems will move in from the Atlantic.” 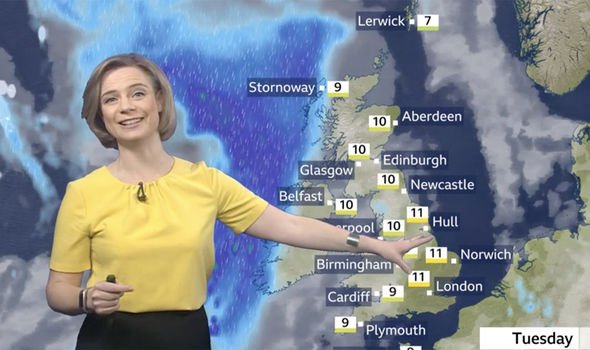 She said the stormy weather will take hold on Wednesday, adding: “As the cloud increases, the winds will pick up and there could be fairly heavy rain on Wednesday sweeping in.

“The worst of the wet and windy weather arrives on Wednesday morning. We are in for a spell of quite stormy weather but it will bring some milder air with it too.”

The Met Office forecast reinforces this, with blustery downpours and even gale-force winds hitting the country later in the week.

Net Weather warned that “even windier weather, with severe gales” will sweep across the UK on Thursday.