Indian farmers have attracted international attention in the past few months due to ongoing protests against agricultural reforms. The country has now rebuked UK MPs, criticising lawmakers for their handling of long-standing protests. India’s High Commission in London said parliamentary discussions were full of “false assertions”.

The Indian High Commission in London has condemned an MP debate held this week.

The debate discussed the rights of protesters and freedom of the Indian press concerning the ongoing farmer’s anger.

The debate was labelled “one-sided” and based on “false assertions”, the Indian High Commission said.

A statement from the Commission reads: “The High Commission of India would normally refrain from commenting on an internal discussion involving a small group of Parliamentarians in a limited quorum.

“However, when aspersions are cast on India by anyone, there’s a need to set the record straight,” the commission said in a statement.

“We deeply regret that rather than a balanced debate, false assertions — without substantiation or facts – were made, casting aspersions on the largest functioning democracy in the world and its institutions.” 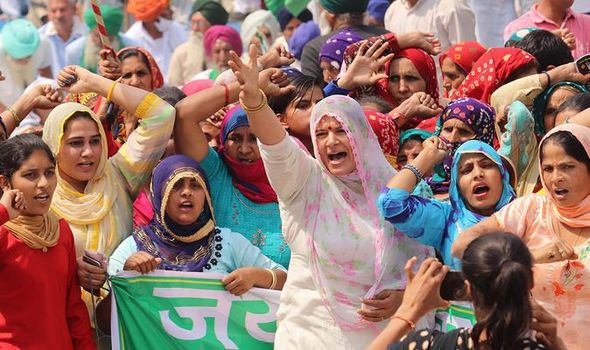 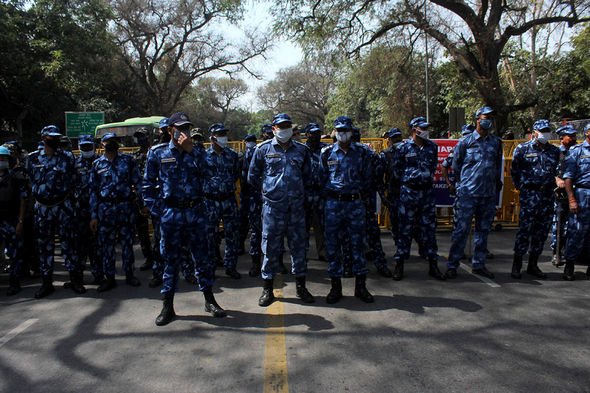 The statement added: “All issues raised are the remit of well-established independent democratic institutions in India for addressing the same.

“It is also a matter of concern that, once again, comments were made to mislead the British Indian community, raising doubts about treatment of minorities in India, alleged human rights violations in Kashmir etc”.

The debate was held in response to a petition which gained more than 100,000 signatures.

Around 20 MPs attended the debate with many supporting the motion such as Labour MP and former leader Jeremy Corbyn.

On Monday, Mr Corbyn tweeted: “Thousands of Indian farmers are protesting due to the stress & pressures of globalisation. Their message was heard loud & clear in parliament via a (petition) debate signed by 100,000 people. We salute the farmers and the journalists who endanger their lives carrying their message.”

The comments came as Britain and India are in the process of arranging a meeting between Prime Ministers Boris Johnson and Narendra Modi.

Mr Modi is due to attend the G7 summit in London this June. 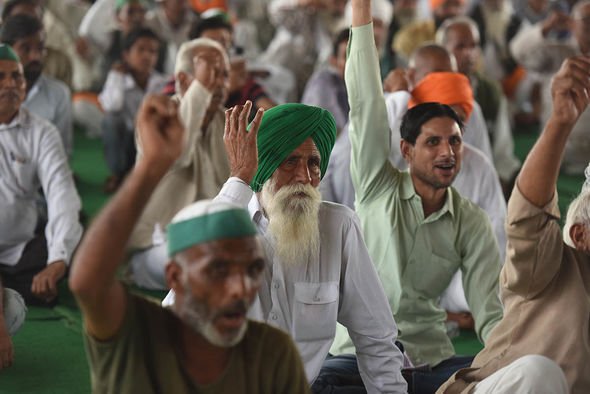 Why are the Indian farmers so angry?

In addition to the claims of a “one-sided” debate between British lawmakers, farmers are also still enraged about the potential legal changes to agricultural laws.

India’s workforce is largely in agricultural areas with an estimated 650 million working in this sector.

Farmers, mainly from Punjab, Haryana and western Uttar Pradesh, have been camping near the Delhi border since November 28.

These farmers have been demanding a complete repeal of three agricultural laws and calling for the implementation of a legal guarantee on the minimum support price (MSP) for their crops. 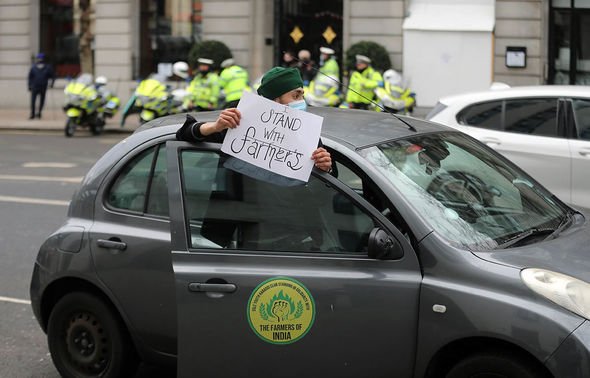 Leaders from the ruling Bharatiya Janata Party (BJP) say the new farm laws will double farmers’ income – a promise made by Prime Minister Narendra Modi in 2016.

Indian farmers want these laws to be scrapped and the Supreme Court of India has suspended the implementation of the laws and constituted a committee.

The Indian parliament passed three bills in September which were then signed into law by the President.

In January, India’s Supreme Court put the laws on hold “until further notice”. 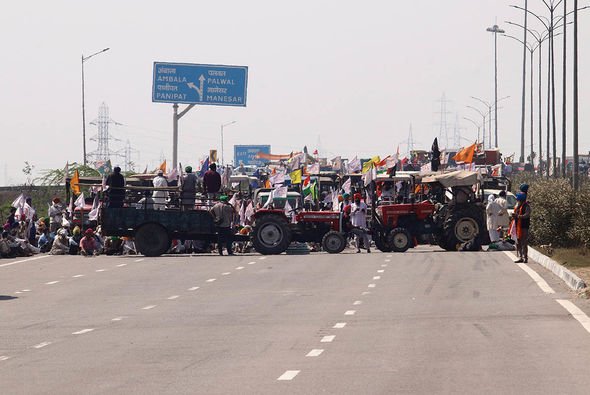 One of the bills known as the Farmers’ Produce Trade and Commerce (Promotion and Facilitation) Act would allow farmers to sell their produce outside the Agriculture Produce Markets Committees (APMC) which means traders can purchase from a farmer at a mutually agreed price.

The Farmers (Empowerment and Protection) Agreement of Price Assurance and Farm Services Act would allow farmers to do contract farming and market their produce freely.

The Essential Commodities (Amendment) Act will remove food grains, pulses, edible oils and onion from the essential list and make it unrestricted for trade except in extraordinary circumstances.

The Indian Government argues these laws will help the industry, leaving farmers better off because the market will be more efficient and attracting more investment.

However, the protesters argue most Indian farmers operate on a smaller-scale basis and have low annual incomes.

Therefore they are unable to take their produce out of their district to trade due to the expense of enacting this move.

The farmers protesting these laws believe it will eventually lead to a consortium of private players.

This could then leave the industry vulnerable to large business interference and market forces.