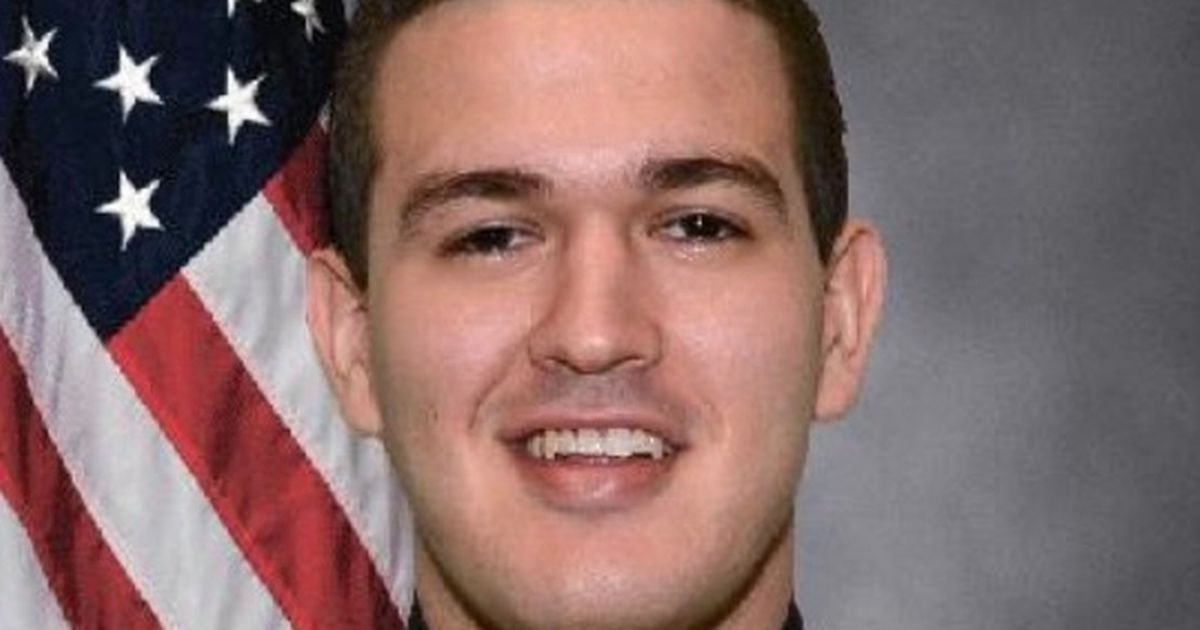 A police officer who was put in a coma for three years after being shot in the head during a deadly hostage crisis has died.

Dad-of-two Kevin Valencia died from his injuries on Monday after being wounded while on duty in 2018.

The Florida trooper was shot by career criminal Gary Wayne Lindsey Jr after being called to a domestic dispute in 2018.

Officer Valencia suffered a severe brain injury and was put in a coma, but he never fully recovered, the Orlando Sentinel reports.

Announcing the death on Twitter on Monday, Orlando Police Chief Orlando Rolon wrote "Officer Valencia risked his life for people he didn't even know — a risk that many in the law enforcement profession take without question."

"Since that tragic night, Officer Valencia has been fighting for his life with his family by his side."

Rolon also released a statement on Monday, describing the late officer as a "hero, husband, father, son, brother, and friend who selflessly gave his life to protect the city he served."

He said Valencia's wife Megan and young sons Kaleb and Kolton "will always be family to the Orlando Police Department" and vowed to honour the officer's legacy and ensure his sacrifice would not be forgotten.

The officer was one of several troopers to attend the standoff after Lindsey's girlfriend Ciara Lopez told police he had attacked her on June 10, 2018.

She called police after fleeing the property in Westbrook Apartments, but was forced to leave her four kids with the gunman.

Officer Valencia was shot in the head after being told to break the apartment's door down Orlando Police Sergeant Amanda White in a desperate bid to save the children. A key to the property they had been given broke in the lock.

A bullet struck the officer's head after Lindsey opened fire at the door.

Once the standoff, which lasted a day, ended, officers entered the property to find the lifeless bodies of the children – Dove, one, Aidan, six, Lillia, 10, and Irayan, 12 – inside. The offender also died after shooting himself.

During his rehabilitation, Valencia's wife said her husband had started to rub her hand and kiss her head.

"It was just everything I needed in that moment," she told Fox 35. "My heart was kind of like, 'He's still in there!'"

He wrote: He put his life on the line and made the ultimate sacrifice. Our prayers and support go out to his family, friends and co-workers as we honor [sic] his life and his selfless service to our community."