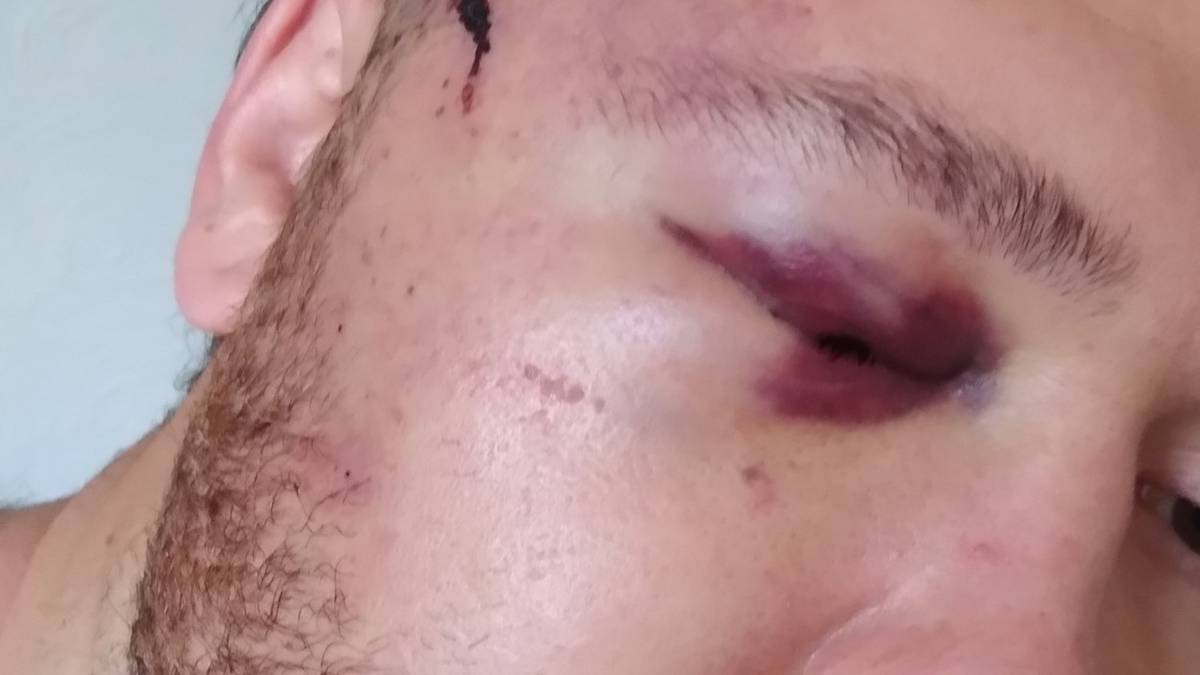 A shocked mother is warning people that central Auckland is unsafe after dark after her family was targeted in an unprovoked attack that left five people injured.

A gathering of 13 family members and friends – including an elderly grandmother – had been celebrating a 50th birthday party at a karaoke bar on Wyndham St early yesterday morning.

But as the happy group left toward Federal St just before 1am on Saturday, they were ambushed from behind by a group of men wielding hammers and bottles.

Melinda Morris’ 28-year-old son was knocked out and left with a black eye which forced his eye shut, made his iris bleed and caused him to be hospitalised.

Her brother-in-law suffered a head fracture and cut that needed stitches. Her niece’s boyfriend has a black eye and strained ankle and another man has a broken nose. Her youngest son, 21, ran to call police.

“My 75-year-old mother-in-law ended up on the ground over my son, trying to protect him from being injured more.

“It was a fast, sudden attack and they were all confused as to what had gone on.”

Morris said the birthday gathering was made up of six men and seven women, but the men were targeted. Some women have been left with bruises. She was not with the group at the time, but is on holiday in New Zealand from the Cook Islands visiting the family members.

Morris wants to see the offenders prosecuted and taken “off the streets”.

She said her son’s face is still twice the normal size.

“He still has bruising on the side of his face, and his eye is completely shut and the eyeball was actually bleeding yesterday.”

She’s warning others to be vigilant when going out in the city at night.

“There are dangerous people around. They were out there to hurt somebody and that’s all they wanted to do.

“If you think you’re going to go and have a good family time, it’s actually very risky place to take your celebration.

“They swooped in and did their damage, and cleared off.”

She’s calling for more action from police, who she claimed were yet to interview any victims.

She told the Herald she could not get an update on the case when she called the police non-emergency line, 105, yesterday and was hung up on by the call taker.

“Police didn’t want to hear what my family had experienced. There was not one empathetic word.

“I was trying to kickstart the process to make sure my family gets treated with the respect they deserve after a horrible experience. That’s probably what shocks me.”

She would visit her local police station in Henderson today in search of answers.

In a statement, police said an investigation was under way. No charges had been laid yet.

A spokesperson told the Herald a number of witnesses at the scene had been spoken to and a scene examination completed.

“A number of exhibits have been collected which will be sent for forensic examination. Officers are also exploring whether CCTV footage of the incident is available.

“The victims who have now been discharged from hospital will be spoken to as part of the ongoing investigation.

“We will also be contacting those family members who have been in touch with police to update them on our progress.”