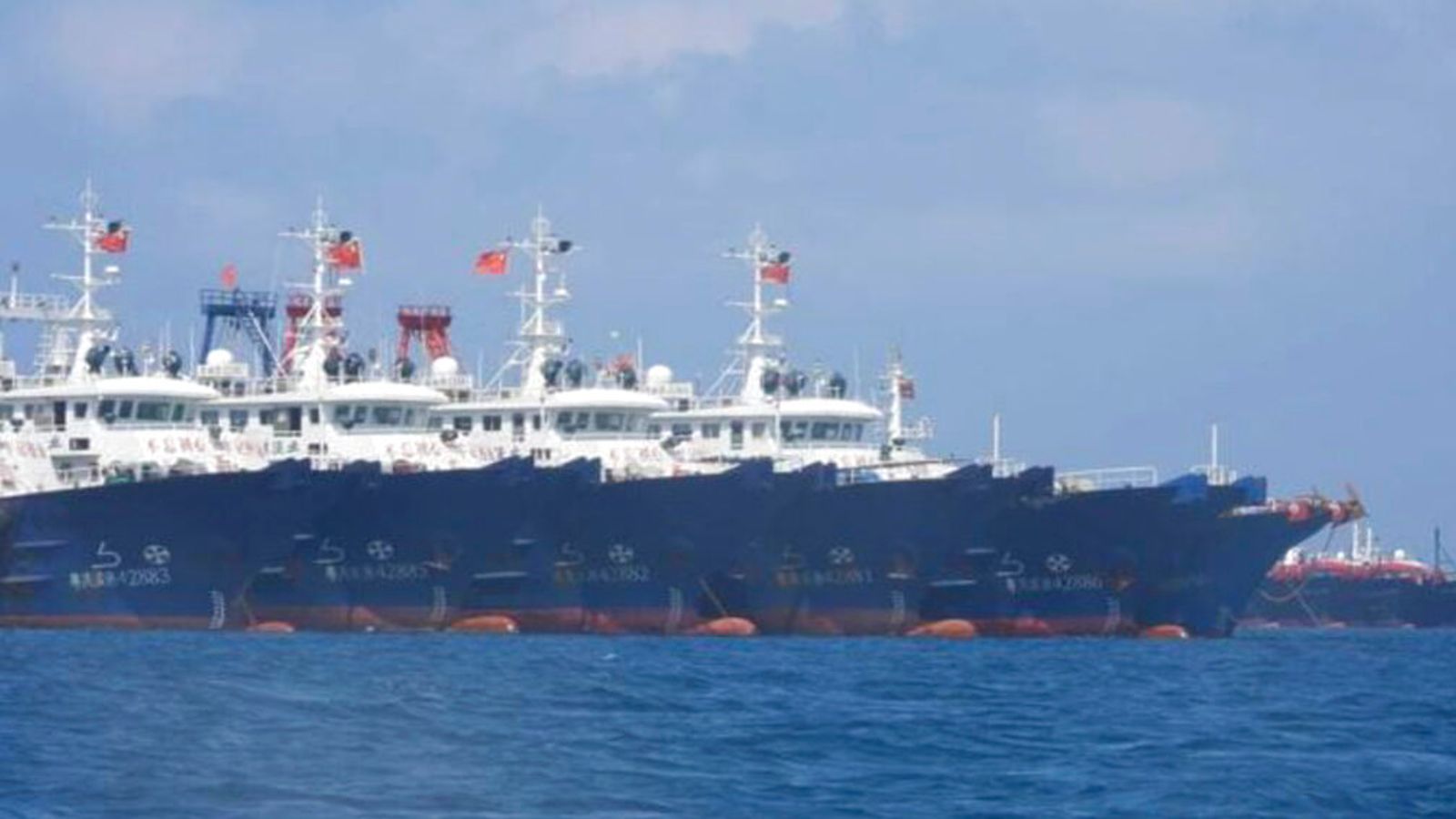 The Philippines has complained of a “swarming and threatening presence” of Chinese boats in disputed waters in the South China Sea.

Officials said on Sunday that about 220 vessels, which they believe are piloted by Chinese militia, were seen anchored at Whitsun Reef on 7 March.

The Chinese embassy in Manila said the claim caused “unnecessary irritation” and that they were just fishing boats sheltering from rough seas.

Disputes over small island chains in the region have been going on for years between China and neighbouring countries such as Vietnam, the Philippines and Malaysia. 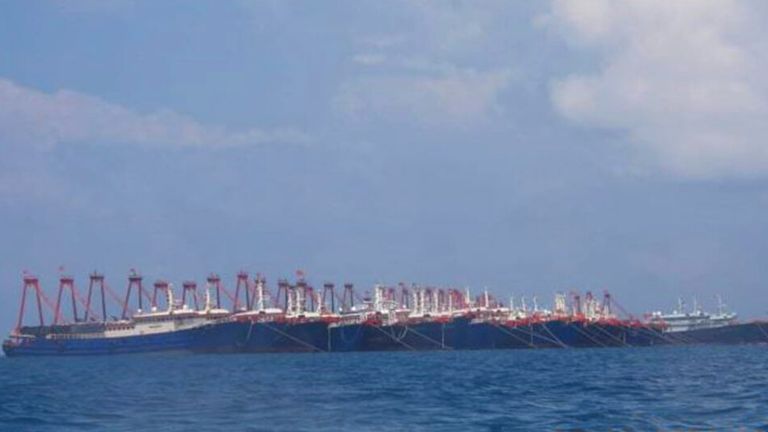 Authorities in the Philippines have demanded the boats leave the reef – which it calls the Julian Felipe Reef.

The country’s defence secretary, Delfin Lorenzana, said it was a “clear provocative action of militarising the area”.

“Their swarming and threatening presence creates an atmosphere of instability and is a blatant disregard of the commitment of China to promote peace and stability in the region.”

An international tribunal in 2016 rejected China’s claim to 90% of the South China Sea – a verdict that the country doesn’t recognise.

It has since built artificial islands in the disputed waters – complete with radar, missiles and runways – but says it is for defensive purposes and that it is acting within its rights. 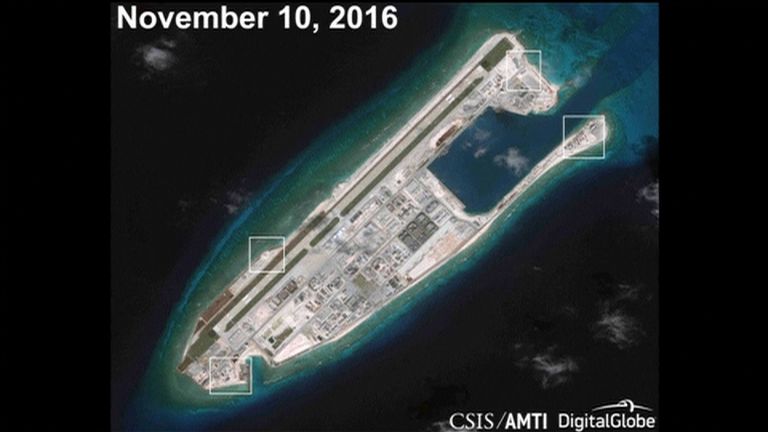 The South China Sea is a major trade route and estimated to have vast untapped reserves of oil and gas.

China says it has a long historical claim on the territory but some of it, such as the Spratly Islands archipelago, is much closer to its southeast Asian neighbours and more than 700 miles from the Chinese mainland.

The US has accused China of “intimidation and coercion” over its military build-up in the area.