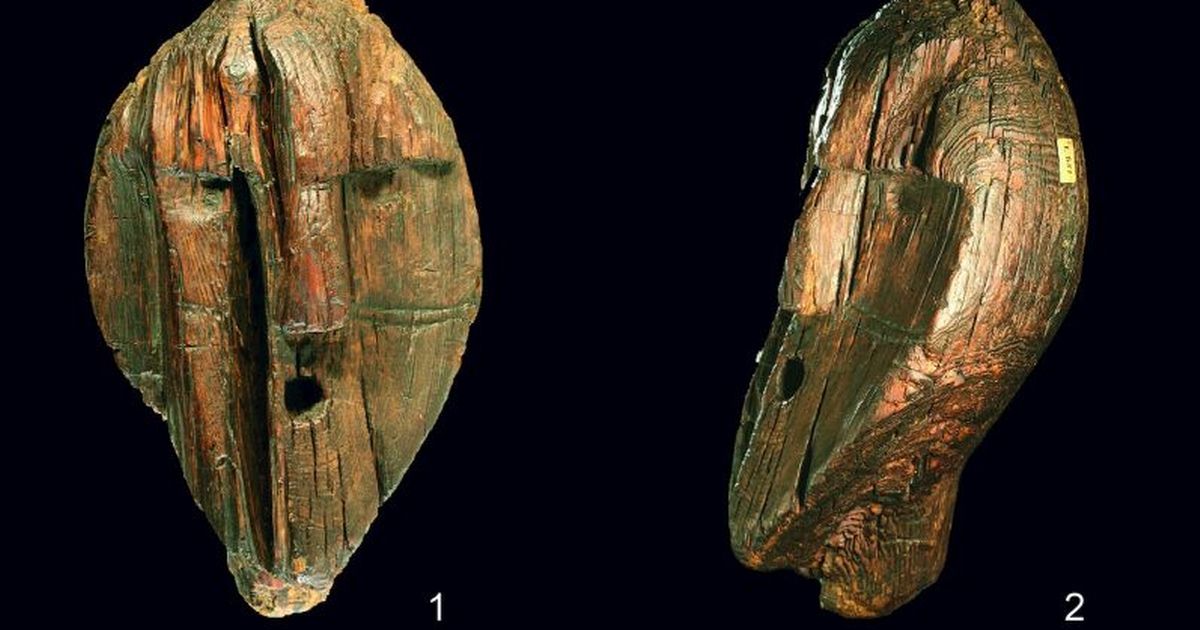 The world’s oldest known wooden sculpture is recognised as a 'unique and unparalleled find' that could change what we know about human history – only decay is preventing others from being found.

The Shigir Idol is over 12,500 years old and is regarded as the earliest known work of ritual art after it was dug out of a peat bog by gold miners in 1890.

The Idol which was named for the bog near Kirovograd where it was found, is presumed to have rested on a rock base for perhaps two or three decades before toppling into a long-gone paleo-lake, where nature protected it like a time capsule.

The relic – or what’s left of it – is carved from a slab larch and scattered among the geometric patterns are eight human faces, each with slashes for eyes.

The topmost mouth, set in a head shaped like an inverted teardrop, is seen to be wide open and archaeologists have found it slightly unnerving.

Head of research at the Department of Cultural Heritage of Lower Saxony, in Germany, Thomas Terberger said: “The face at the very top is not a passive one.

"Whether it screams or shouts or sings, it projects authority, possibly malevolent authority. It’s not immediately a friend of yours, much less an ancient friend of yours.”

The statue’s age was debated until 1997 when it was carbon-dated by Russian scientists to about 9,500 years old – an age most archaeologists found fanciful.

In 2014, Dr. Terberger and a team of German and Russian scientists tested samples from the idol’s core when more advanced technology proved an even earlier origin of roughly 11,600 years ago before the group studied it again and the date was pushed back an additional 900 years.

The fascinating find is said to have been carved during times of tremendous climate changes and experts estimate the art was used as means of coming to terms with new landscapes.

“The idol was carved during an era of great climate change when early forests were spreading across a warmer late-glacial to postglacial Eurasia,” Dr. Terberger said.

“The landscape changed, and the art — figurative designs and naturalistic animals painted in caves and carved in rock — did, too, perhaps as a way to help people come to grips with the challenging environments they encountered.”

Marcel Niekus, an archaeologist with the Foundation for Stone Age Research in the Netherlands, said that the updated, older age of the Shigir Idol confirmed that it “represents a unique and unparalleled find in Europe" and wonders about others that may have been lost due to poor preservation.

He added: “The sheer size of the idol also seems to indicate it was meant as a marker in the landscape that was supposed to be seen by other hunter-gatherer groups — perhaps marking the border of a territory, a warning or welcoming sign.”

Fellow archaeologist Mikhail Zhilin of the Russian Academy of Sciences has spent much of the last 12 years investigating other peat bogs in the Urals, in hopes of finding more.

At one site he uncovered ample evidence of woodworking tools and a massive pine plank, roughly 11,300 years old.

“There are many more unexplored bogs in the mountains,” Dr. Zhilin said.

Unfortunately, there are no ongoing excavations due to a lack of funding for the research.