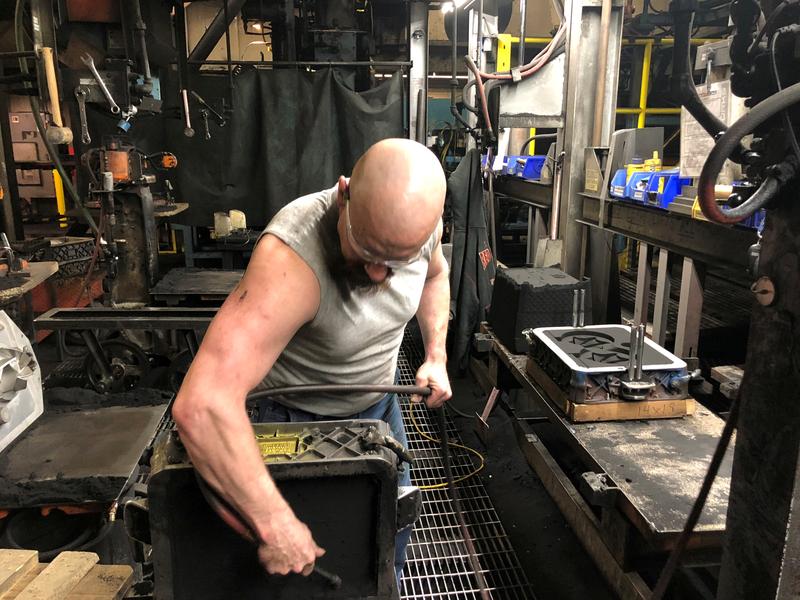 WASHINGTON (Reuters) – U.S. factory activity picked up in early March amid strong growth in new orders, but supply chain disruptions because of the COVID-19 pandemic continued to exert cost pressures for manufacturers, which could keep inflation fears in focus.

Data firm IHS Markit said on Wednesday its flash U.S. manufacturing PMI increased to 59 in the first half of this month from a final reading 58.6 in February, when activity took a step back after a cold snap hit large parts of the country.

Economists polled by Reuters had forecast the index rising to 59.3 in early March. A reading above 50 indicates growth in manufacturing, which accounts for 11.9% of the U.S. economy. The year-long pandemic has boosted demand for goods.

Factories and their suppliers are, however, struggling to find workers, leading to shortages that are driving up prices for production materials. A global semiconductor chip shortage has forced some automobile manufacturers to cut production.

The IHS Markit survey’s measure of prices paid by manufacturers raced to a 10-year high early this month, amid what the data firm said was the “most severe supply chain disruption on record.” It said firms “commonly reported slower output growth” due to raw materials shortages.

The relentless rise in input costs is one of several factors expected to drive inflation above the Federal Reserve’s 2% inflation target this year.

A broader reopening of the economy as more Americans get vaccinated against the coronavirus is expected to lead to price hikes, especially in the services sector. There are concerns that the White House’s massive $1.9 trillion pandemic rescue package and the U.S. central bank’s extremely accommodative monetary policy stance could cause the economy to overheat.

Fed Chair Jerome Powell has repeatedly pushed back against fears of higher inflation becoming sustained. Powell told lawmakers on Tuesday that the anticipated rise over the course of the year, will be “neither particularly large nor persistent.”

The IHS survey’s new orders measure jumped early this month to the highest since June 2014.

Though the pace of hiring at factories slowed, that was because of a dearth of workers. The survey showed “many firms highlighted struggles finding suitable candidates to fill vacancies.”

Growth in the services industry is also gaining traction. The IHS Markit’s flash services sector PMI climbed to 60 this month, the highest since July 2014, from a final reading of 59.8 in February. That likely reflected broader economic re-engagement amid an acceleration in the pace of inoculations.

The services sector, which accounts for more than two-thirds of U.S. economic activity, has borne the brunt of the pandemic.

Overall business activity, however, slipped early this month as input shortages and supplier delays limited manufacturing production capacity. The survey’s flash composite PMI output Index, which tracks the manufacturing and services sectors, dipped 59.1 from a final a reading of 59.5 in February.