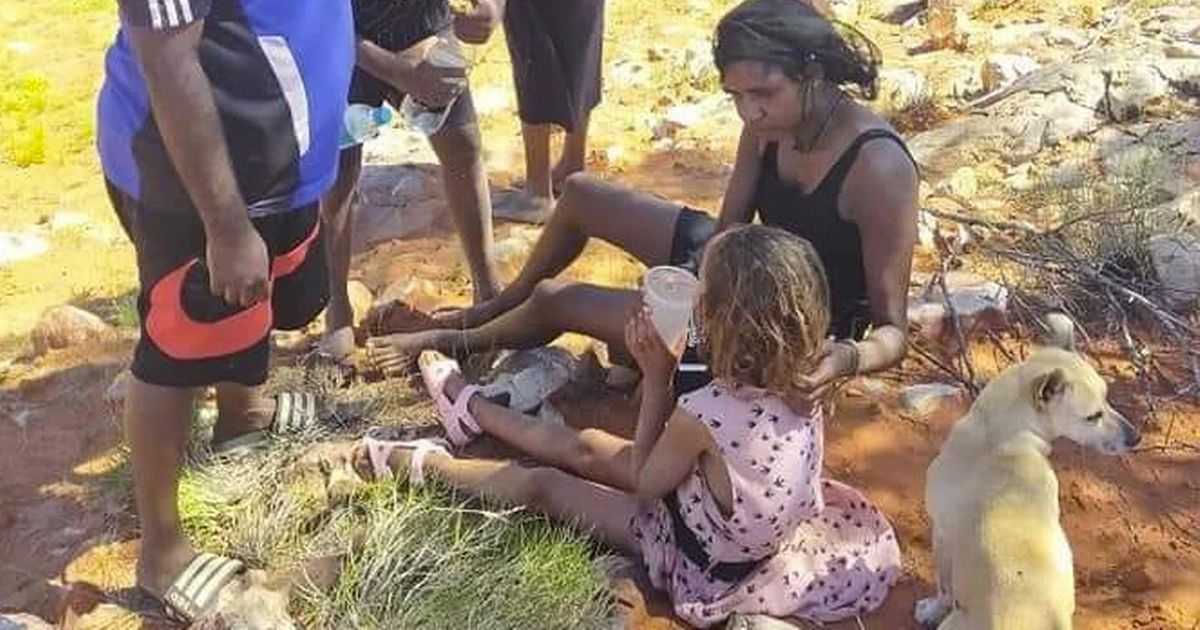 A loyal dog stayed by the side of a missing autistic four-year-old girl overnight in the middle of the desert who was only found after a rescuer dreamt where she was.

Little Molly went missing in the Simpson Desert in Australia on Good Friday, sparking a huge police hunt for her involving a helicopter, drones and police dogs.

The girl, who is also hearing impaired, went missing from the Alice Well Outstation where she was last seen by family on Friday.

Despite the huge emergency services operation to try and find little Molly, her cousin Que Kenny said it was community members and family who found the missing girl in the end.

"There was a tracker from the community that was out [on Friday night]. He came across a small bicycle that was on the side of the sand dunes and tried to follow the tracks, but unfortunately, the four-year-old girl, little Molly, walked over on rocks," she said.

"That's where he lost the track, but he didn't give up hope.

"He said, 'She's somewhere out there, I can't find her, the track is gone. I'll do it again tomorrow.'

"But luckily a young man had a dream [which] showed him where she was, and he led us straight to her."

Ms Kenny said Molly had walked about eight kilometres and was spotted sitting quietly with her puppy on a small hill on the edge of the rugged Simpson Desert on Saturday afternoon.

As a group of community members went out to find the missing girl, Ms Kenny says she fell behind after they had been walking for around six hours.

But she was soon made aware the youngster had been found safely.

"They were beeping the horn and singing out, praising, 'she's here, Molly's in the car, we found her, we found her'," Ms Kenny said.

"I ran over and gave her a hug and said, 'Where's your puppy?' She said, 'He's here under the chair.'

"That was the greatest joy of my life, I will never forget this.

"Molly is such a special little girl."

In the statement, Acting Superintendent Michael Potts, who led the search, thanked everyone involved.

"Significant resources were deployed to assist in the operation," he said.

"It’s a huge relief for everyone involved.”