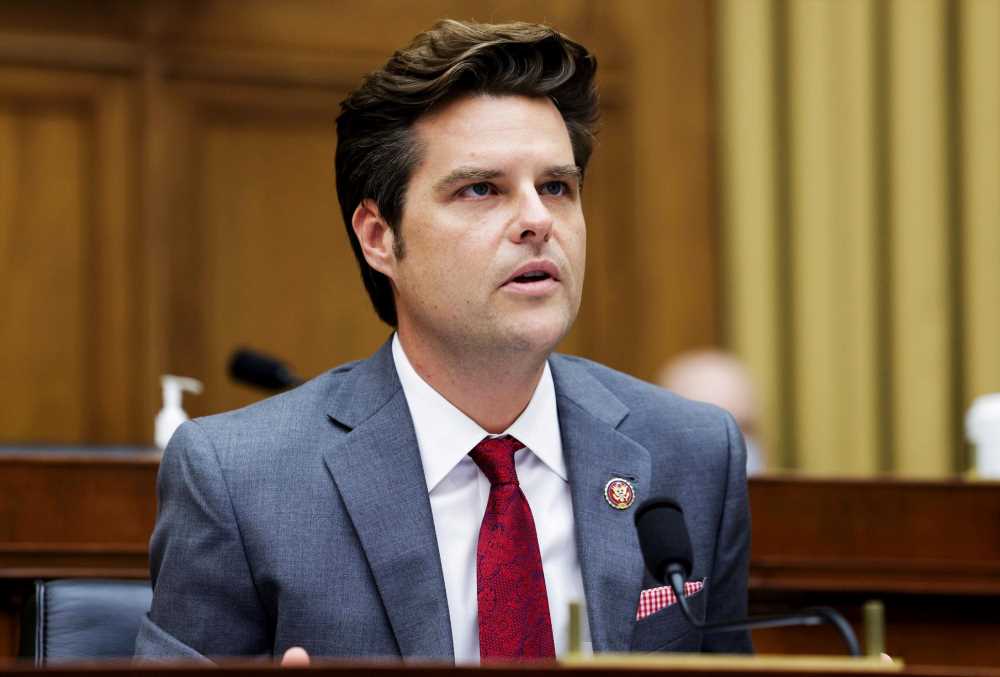 Federal investigators are looking into Rep. Matt Gaetz's travel to the Bahamas with women and specifically whether those women were paid to travel for sex, which could violate federal law, a law enforcement official and another person familiar with the matter said.

Investigators are also looking into whether Gaetz, R-Fla., and one of his associates used the internet to search for women they could pay for sex, the sources said.

Gaetz, who has not been charged with any crime, has repeatedly denied wrongdoing.

There has been no response to a request for comment sent to his representatives.

In a statement to CBS News, which first reported that investigators were looking into a trip to the Bahamas, a spokesperson said Gaetz denies the insinuations.

"Rep. Gaetz has never paid for sex, nor has he had sex with an underage girl. What began with blaring headlines about 'sex trafficking' has now turned into a general fishing exercise about vacations and consensual relationships with adults," the spokesperson said.

The New York Times reported last week that the Justice Department was investigating whether Gaetz had had a sexual relationship with a 17-year-old and had paid for her to travel with him, citing three people briefed about the matter.

Law enforcement sources have confirmed to NBC News that the investigation originated from an inquiry into someone else, Joel Micah Greenberg, who is awaiting trial on trafficking, stalking and identity fraud charges. Greenberg has pleaded not guilty.

The night The Times reported its story, Gaetz said "no part of the allegations against me are true" and claimed that his family has been the victims of a $25 million extortion plot involving threats to smear his name.

Gaetz said in an op-ed published Monday that he is not a criminal and that he will not be resigning.

"Since I'm taking my turn under the gun, let me address the allegations against me directly. First, I have never, ever paid for sex. And second, I, as an adult man, have not slept with a 17-year-old," Gaetz wrote in the Washington Examiner.

He said the "bizarre" claims were made after he "decided to take on the most powerful institutions in the Beltway."