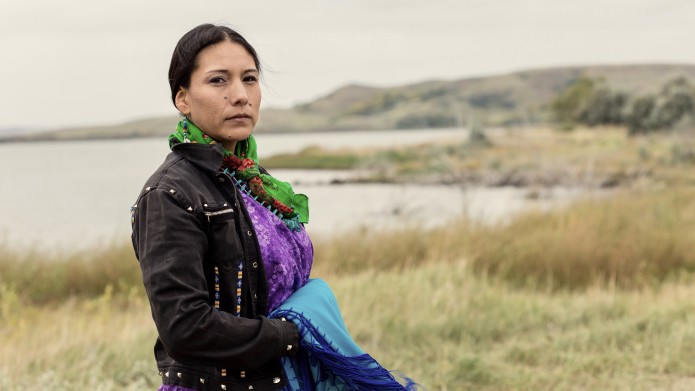 In 2020, Variety magazine named Nicole Riegel among its 10 Directors To Watch. Next week, film lovers can see why when “Holler,” Riegel’s subtly hopeful feature debut about a teen wrestling with her love of family and her ache to not settle, closes the Denver Film’s Women + Film Festival, running April 13-18.

This 12th installment of the fest is arguably its best, due in no small measure to what is taking place for female filmmakers at large. While the number of female directors and filmmakers from other underrepresented groups in the industry continues to underwhelm, attention is being paid and strong movies are being made.

Later this month, the Academy Awards take place. History has already been made in that two of the nominees for best direction are women: Chloe Zhao for “Nomadland” and Emerald Fennell  for “Promising Young Woman.” Each film has a bravura turn by its star (Frances McDormand and Carey Mulligan, respectively) but the films couldn’t be more different. That is itself a cause for celebration: A variety of voices takes the onus off of artists to be the representative voice. Had last summer come off without its COVID-19 hitch, there would have been a ground-breaking number of tentpole, action flicks planted by female directors, among them: “The Old Guard” (Gina Prince-Blythewood), “Wonder Woman 1984” (Patty Jenkins) and “Mulan” (Niki Caro).

Riegel returned to the southern Ohio town of her childhood to make a film about the challenges faced by blue-collar, teen girls to get support for their dreams. The writer-director knows whereof she speaks. When she was still in high school, she enlisted in the Army to put some miles between her and Jackson, Ohio.

Although her movie takes on deeply and timely American themes, Riegel found a surprising collaborator in British actor Jessica Barden, who portrays Ruth Avery. The star of Netflix’s “The End of the (Expletive) World” shares a working-class upbringing. Book-smart, emotionally wise, Ruth — along with her protective older brother — join a scrap metal crew, hoping to make enough to go to send her to college.

In addition to “Holler,” two other narrative debuts introduce promising directors. With “Slalom,” French filmmaker Charlène Favier takes on the exhilarating terrain of downhill skiing and the distressing relationship of a prodigy and her male coach. Set in 1992, “Schoolgirls” follows 11-year-old Celia and friend Brisa, who attend a Catholic girls school presided over by particularly strict nuns. Writer-director Pilar Palomero won Spain’s Goya awards for best new director and best original screenplay for that film.

The fest’s ample documentary slate boasts portraits of iconic figures who’ve each reordered in her way how we see the nation, as well as introduces lesser-known but just as potent agents of change, like the native activists on the frontlines of indigenous, environmental justice battle in “End of the Line: The Women of Standing Rock,” and the couple featured in “Through the Night.”

In the American Masters documentary “Amy Tan: Unintended Memoir,” director James Redford uses some lovely animation (by Chilean artist Xaviera López)  in addition to the best-selling author’s trove of family photographs to illuminate Tan’s accounts of her childhood as well as her writing career. Most eloquent of all, of course, is the author of the breakthrough novel “The Joy Luck Club” herself. That’s not surprising but thrilling, nonetheless.

Differently revelatory, “Rita Moreno: Just a Girl Who Decided To Go for It” — which opens the festival —  tells the story of wee Rosita Moreno’s journey to (and through) the United States, where she and her divorced mother emigrated from Puerto Rico in 1936. Her father and brother stayed.

If her Academy Award-winning Anita in “West Side Story” famously disparaged the island in the song “America,” Moreno makes clear she felt otherwise. She characterizes her arrival as the reverse of that “Wizard of Oz” moment when Dorothy opens the door to the Technicolor fabulousness of Munchkinland. New York City was decidedly the sepia-toned realm. In fact, Moreno titled the first section of her 2013 memoir “Paradise Lost.”

Early in director Mariem Pérez Riera’s illuminating portrait, both President Barack Obama (who was giving her the medal of freedom) and legendary TV show creator Norman Lear (who cast her in his reboot of “One Day at a Time”) hail Moreno as the embodiment of the American dream. Moreno, her director and a fine collection of interviewees (among them Lin-Manuel Miranda, who was a producer on the doc) make it abundantly clear that as amazing as her journey has been, it’s hardly that simple.

A different kind of star gets her close-up in Abby Ginzberg’s “Truth to Power: Barbara Lee Speaks for Me.” The title isn’t just a riff on whom congressional representatives should speak for. Lee, who serves the Bay Area’s 13th Congressional District in northern California, is actually the filmmaker’s representative and has been since 1998. Lee made headlines when she was the lone dissenter in a joint session of Congress 2001 vote to give President Bush unprecedented war powers. Her “nay” drew ire and death threats, but her concern about endless conflicts has sinse been borne out. While the documentary covers roiling moments, it also delves into how a single mom of two boys came to be the dedicated public servant and force she is in D.C.

This year’s fest is rife with narrative and documentary selections that beg to have post-screening Q&As as well as time to gab with fellow attendees over coffee, dessert, a stiff drink. While festgoers will have to provide the latter themselves, Denver Film’s artistic director Matt Campbell and Women + Film founder Barbara Bridges have convened a strong lineup of talent for virtual post-screening Q&As. (Full disclosure: I moderate the “Holler” and “Truth to Power” filmmaker Q&As.)

Hall-of-fame diver Valerie Taylor, the subject of  “Playing With Sharks,” will be on hand along with director Sally Aitken and producer Bettina Dalton. Co-directors Paola Calvo and Patrick Jasim will discuss “Luchadoras,” their doc about female wrestlers in Ciudad Juarez, Mexico.

Ginzberg and Lee also will appear. Additionally, for that doc there will be a panel of “good trouble”-makers (to quote Congressman John Lewis) that includes state Rep. Leslie Herod and state Sen. James Coleman.

Director Shannon Kring and activist and water protector Phyllis Young gather to discuss what took place  — and continues to occur — at Standing Rock. And sure to be touching and smart: Women’s Foundation head Lauren Castell’s discussion with Deloris and Patrick Hogan, the wife-and-husband team who founded and run the 24-hour daycare center featured in Loira Limbal’s marvelous (and rending) “Through the Night.”

With the exceptions of the opening night’s “Rita Moreno” and closing night’s “Holler” — each has a one-time, dedicated showing — all Women + Film fare will be available on the virtual platform through April 18.