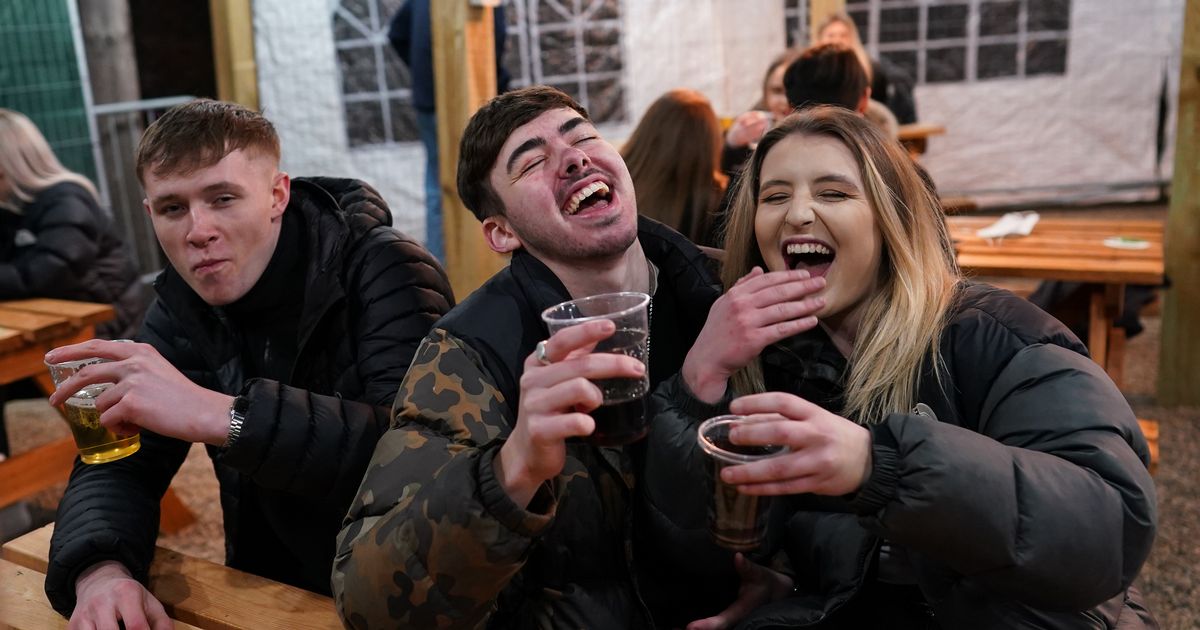 Pub-goers will need to wrap up warm as chilly temperatures are forecast for the first day of outdoor hospitality reopenings in England.

The Met Office has said Monday morning (April 12) will be bright in the north, while areas in the southern half of the UK are likely to be hit by a rain front moving eastwards throughout the day.

Along with beer gardens and outdoor dining areas, non-essential shops, hairdressers, indoor gyms, swimming pools, nail salons and zoos across the country will be opening in the next step of the UK's roadmap out of lockdown.

Following a cold April weekend, where many areas experienced a light dusting of snow, temperatures of between 0C (32F) and -2C (28.4F) are expected in the early hours, across Britain.

The Met Office has said rain showers will move south-eastwards throughout the day, hitting the Midlands by mid-morning and reaching the south coast by the afternoon and into the evening.

No flood warnings were in place on Sunday night, but the Environment Agency has issued six lower-level alerts for scattered locations in southwest England where flooding is possible.

Meanwhile, people in northern England and Scotland can expect to see a cold but sunny and dry start to the week.

A chilly night is due to follow on Tuesday, with freezing temperatures forecast across the UK.

The rest of the week is set to be cold but dry, the Met Office has said.