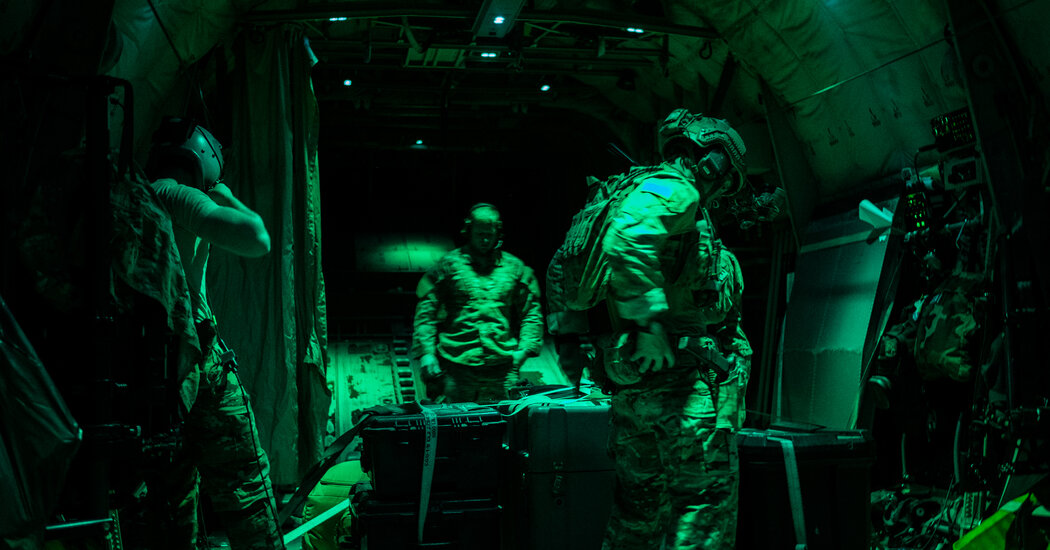 Between these two truths, tragedy blossomed.

Awash in grief and anger, we invaded Afghanistan after 9/11 to hunt down Osama bin Laden and punish the Taliban for letting him turn a maze of caves into a launching pad to attack America.

But, despite the lessons the Soviets learned in 10 hard years there fighting ghostly warriors who disappeared into the mountains, American officials and generals never absorbed this simple fact: Even the battles we won, we lost in a way. As we grasped for our own revenge, what kind of revenge quest did we inspire in those who watched daisy cutter bombs rain hellfire or a wedding party disintegrate in a flash from an American airstrike? How many enemies have we spawned trying to help Afghanistan?

The Bush administration was arrogant and ignorant about occupying this medieval moonscape. Officials thought they could bomb the bejesus out of the people who hated us, so that they would never look at us cross-eyed again. We would be the swaggering hyperpower. Even Barack Obama, once so prescient on the futility of invading Iraq, was suckered by the military into a pointless surge in Afghanistan, a near tripling of troops, in 2009.

I remember touring Afghanistan and Iraq with Obama’s defense secretary, Robert Gates, at the time, flying over the snow-capped mountains that make Afghanistan a natural fortress and sinkhole for empires. I asked him if the president had been rolled by the generals. “That’s ridiculous,” Gates snapped, adding: “Anybody who reads history has to approach these things with some humility because you can’t know. Nobody knows what the last chapter ever looks like.”

Well, we seem to be at the last chapter, and it looks just as grim as all the other chapters of this misbegotten occupation.

Even then, it was clear that our attempt to turn Afghanistan and Iraq into model democracies was not going well. Touring those countries, Gates could barely leave the small secured zones.

At a joint news conference with Gates, our corrupt puppet Hamid Karzai needled his American sugar daddies, protesting that America was stuck because Afghanistan would not be able to get its own forces ready for 15 or 20 more years.

We attended a briefing where military leaders talked about “partnering” with and “mentoring” Afghan forces, but they acknowledged that before they could get to security training, they first they had to teach a vast majority of Afghan recruits to read and write.

Gates told reporters he had only just learned the “eye-opener” that the Taliban were attracting so many fighters because they paid more. Generals in Afghanistan said the Taliban were giving fighters $250 to $300 a month, while the Afghan Army was paying about $120. So Gates, employing the American way of throwing more money at a problem, got the recruits a raise to $240.

And this pathetic bidding war with the Taliban was eight years in.

We should have respected Afghanistan’s reputation as “the graveyard of empires” and Pakistan’s deserved reputation for double-dealing. The Time magazine cover in December 2001, “The Last Days of the Taliban,” mocks us.

We spent 20 years fighting in Afghanistan. But given our flat learning curve, every year there was like the first. So we were really on our first year for the 20th time, making the same mistakes over and over again.

As with Vietnam, many of those in charge knew for a long time that the war was unwinnable, but they hid the evidence, giving rosy forecasts while burning through $2.2 trillion and hundreds of thousands of lives.

As Douglas Lute, a three-star Army general who was the Afghan war czar during the Bush and Obama administrations, told government interviewers in 2015 for the secret “Afghanistan Papers,” a project on how things went a cropper: “What are we trying to do here? We didn’t have the foggiest notion of what we were undertaking.”

Many top Bush officials and neocons who mired us so deeply in the first place were absurdly demanding this past week that President Biden not pull out. They are living cushy lives, enjoying big cable TV contracts and hosannas from liberals for trashing Donald Trump, while our troops have been dishonored by their half-baked and dishonest strategies.

Before we send our young people overseas to die, we need to learn from history and understand what we’re doing, not simply act out of vengeful emotions.

As vice president, Biden was a lone voice in the Oval Office objecting to the surge in Afghanistan. He told Obama, if you let them, the generals will box you in and string it out.

And that’s how you end up with a “forever war,” an endeavor that becomes a self-sustaining energy source, where the objectives are redefined to infinity.

Afghanistan will go down as another lesson in the folly of leaders whose egos simply do not allow them to think they are involved in a failure, so they contrive to paint it as a success.

The U.S. has built a stable of weapons that can kill people wherever it desires. Drones and bombs that can go and drop anywhere we want them to. But the U.S. never bothered to figure out the rest of the equation.

Trump was shooting from the hip but his instinct to withdraw was right. And Biden was right to ignore dire warnings about what will happen when we leave. The Taliban cannot be trusted; they’re true believers in a medieval ideology. A power-sharing arrangement with the Taliban was never going to work.

“The main argument for staying longer is what each of my three predecessors have grappled with: No one wants to say that we should be in Afghanistan forever, but they insist now is not the right moment to leave,” Biden said, adding: “So when will it be the right moment to leave? One more year? Two more years? Ten more years? Ten, 20, 30 billion dollars more above the trillion we’ve already spent? ‘Not now’ — that’s how we got here.”

He talked of how he has carried a card for the last 12 years with the exact number of American troops killed in Iraq and Afghanistan. He spoke of his late son, Beau, his “North Star,” who was deployed to Iraq.

“I’m the first president in 40 years who knows what it means to have a child serving in a war zone,” he said.

Hopefully, our experience in Afghanistan will be the graveyard of America’s propensity to believe it can do whatever it wants with its military, without thinking through the consequences.

How could we justify another 20 years, one Afghanistan veteran asked me, poignantly noting that there’s nothing left of his friends who died in the war but names inscribed on park benches.