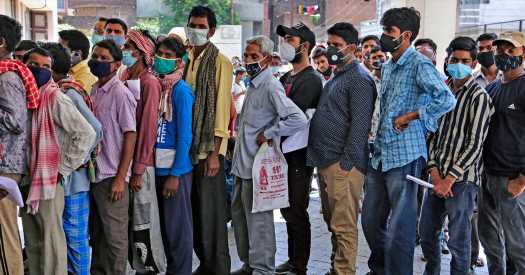 Complacency and lack of preparation by the Indian government pushed the country into an unprecedented crisis.

Dr. Laxminarayan is an economist and an epidemiologist. 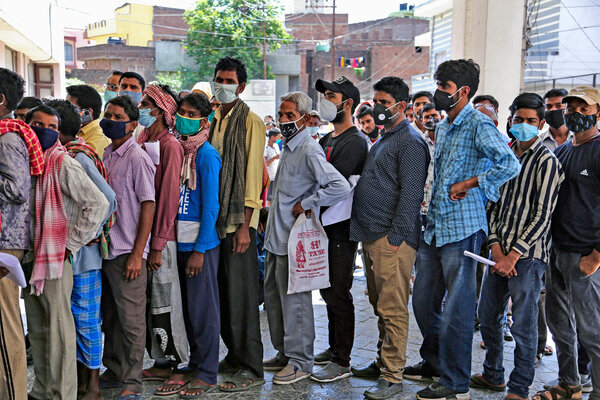 NEW DELHI — A lethal, fast-paced second wave of the coronavirus pandemic has brought India’s health care systems to the verge of collapse and is putting millions of lives and livelihoods at risk.

The newspapers and social media are scrolls of horror and failure of the health system. There are reports of lines of ambulances with patients waiting outside the largest Covid facility in Ahmedabad in the western state of Gujarat because ventilator beds and oxygen had run out.

On Friday in the northern city of Lucknow, Vinay Srivastava, a 65-year-old journalist, shared his falling oxygen levels on Twitter, tagging government authorities for help. Overburdened hospitals and laboratories wouldn’t take calls from his family. The last tweet from Mr. Srivastava’s handle described his oxygen saturation level at 52, way below the 95 percent, which is considered normal. Nobody helped. He died on Saturday.

At a crematory in the central city of Bhopal, residents reported having not seen as many cremations since 1984, when a gas leak from a Union Carbide pesticide plant in the city killed around 5,000 people. On Tuesday around 11 a.m. in Delhi, the national capital, with more than 18 million people, only 40 I.C.U. beds were available for Covid-19 patients.

India has had a total of 15.3 million reported coronavirus cases to date, with reported deaths to date of 180,000 people. A survey funded by the leading government body for medical research, indicated that there were roughly 30 infections corresponding to each reported case.

Most reports about the collapsing health care system are from major Indian cities. We know little about the devastation in rural India, where about 70 percent of India’s 1.3 billion people live and where there are far fewer hospital beds and medical personnel. Federal officials have acknowledged that the pandemic is shifting toward smaller cities and rural areas.

How did things change so dramatically between March and April?

India’s rapid slide into this unprecedented crisis is a direct result of complacency and lack of preparation by the government. As the number of cases dropped significantly in mid-February, the Indian government and various policymakers, cheered on by a pliant, triumphalist media, prematurely declared victory against the pandemic. By early March, senior government ministers were speaking about the endgame of the pandemic in India.

Cricket matches where tens of thousands of spectators filled stadiums were allowed, and movie theaters were opened. The government did nothing to prevent enormous religious gatherings such as the ongoing Kumbh Mela, a festival in Haridwar in the northern state of Uttarakhand, where millions of Hindus gathered for a dip in the River Ganges. Unsurprisingly, Covid-19 cases in Haridwar have soared.

India proceeded with elections in five states in multiple phases over a month. And one of the most charged political contests unfolded in West Bengal, where the polls are being conducted in eight phases between late March and late April. Despite the rising cases, numerous public rallies were held, with tens of thousands of people cramped together without masks. Although precise data on the correlation between political campaigning and the Covid-19 spike is unavailable, the number of cases in West Bengal increased tenfold from early to mid-April — several times the rates in the crowded cities of Mumbai and Delhi.