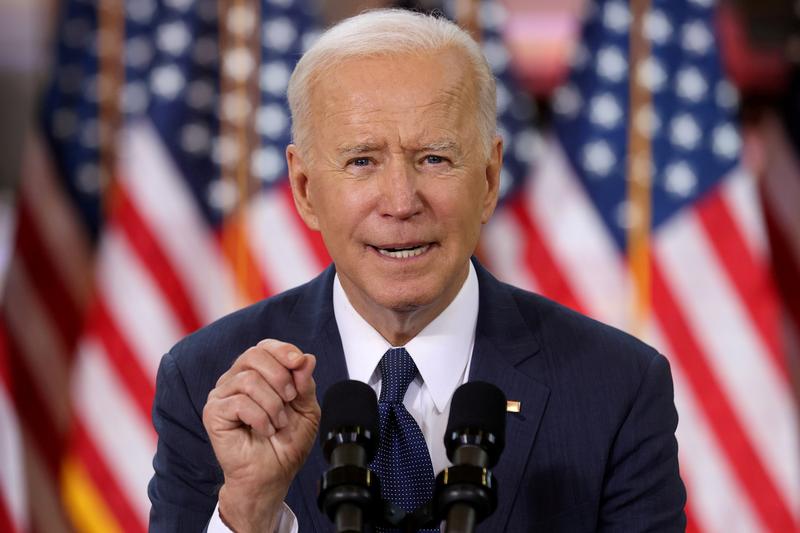 Biden is attempting a delicate balancing act as he calls for a reshaping of the nation’s energy industry by reducing reliance on fossil fuels and coal-powered electric plants to meet aggressive climate emission goals.

Those industries offer high-paying, union jobs that Biden promised to replace while courting the blue-collar vote on the campaign trail.

“What we’re trying to do here is put some real money where our mouths are,” Jared Bernstein, who serves on the White House Council of Economic Advisers, told Reuters. “You don’t just train somebody for a job that might or might not exist. Instead, you look around the corner and see where labor demand is going to be next year.”

A $40 billion job-training plan in the infrastructure proposal would help workers who lost jobs through no fault of their own land a new job in a growth industry, and direct income to help them pay the bills while training and utilize case managers to navigate the system, he said.

The training funding is part of a package of measures included in Biden’s plan that seeks to boost unions. The Democratic president has promised to build union jobs in the United States, which he sees as key to building back a stronger middle class.

In 2020, some 35 percent of public-sector employees could collectively bargain for wages and benefits, while just 6.3 percent of the private sector was unionized. But roughly half of U.S. states block public employees from collective bargaining.

That “is by far the biggest barrier,” said a senior White House official.

The White House wants to guarantee public workers across the country the right to collective bargaining, expand apprentice programs and ensure that all federally funded construction projects use union labor.

Biden is seeking a further $38 billion in funding to expand union apprentice programs, a gateway to a union job, which the White House says will create 1 million to 2 million registered apprenticeship slots, to fill the demand created by the spending on new construction projects.

Biden and Democrats delivered on a high-priority item for unions when they included an $83 billion pension bailout in the COVID relief bill passed in March. Labor leaders, facing declining enrollment that is crushing their self-funded retirement systems, say the money will shore up to 200 plans.