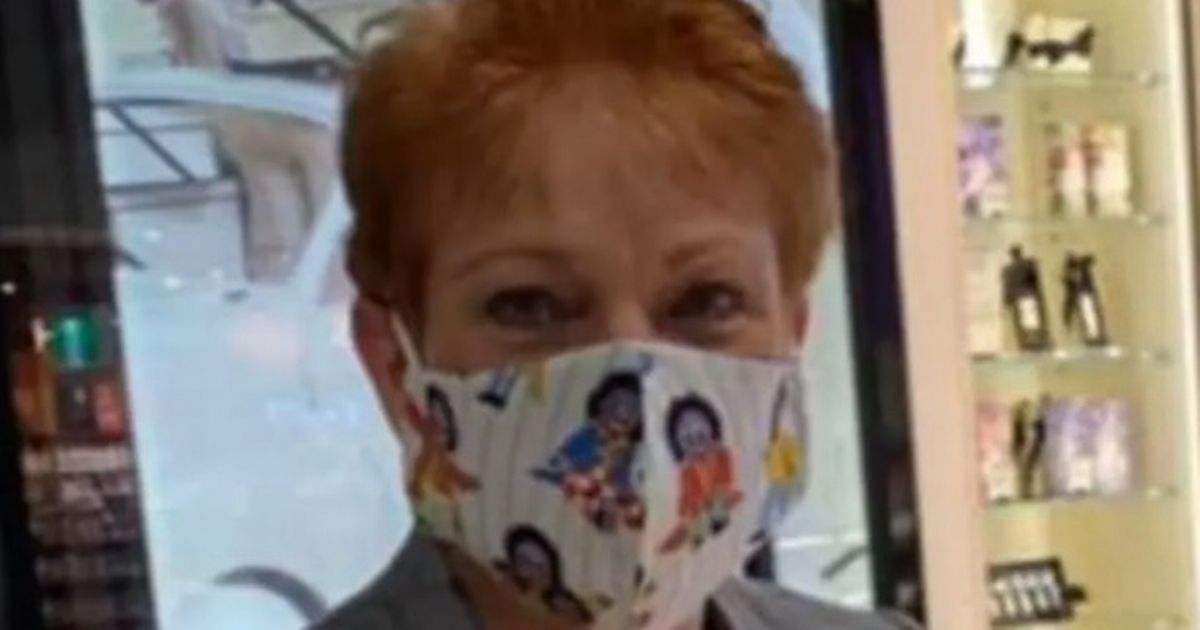 An Australian politician has been blasted for sharing selfies of her golliwog facemask.

Pauline Hanson said that she "loves" her controversial mouth covering as she uploaded pictures of it on Facebook.

Her masks come with images of golliwogs on them which sparked anger even among some supporters of her right-wing One Nation party.

The 1970s ragdolls started off as fictional characters in children's books in the late 19th century.

They were popular in the UK and Australia but are now largely considered racial caricatures due to their black skin, frizzy hair, and large lips.

She captioned her photo with: "I love my new golliwog face mask when traveling."

One person replied: "That's just waving a red flag in front of a bull to see if you get a reaction. I love my golliwog but don't need to wave him around in public knowing how sensitive some people are. Come on Pauline, you are better than that."

Another added: "How interesting. Of all the designs. Almost as if you're signaling something to your more racially motivated supporters. I wonder what it could be…hmmm."

A third said: "Yes you grew up with them and you never had any awful opinions about people of colour, but you are all smart enough to do some learning and read about the very racist history of these dolls and how they form part of a broader issue.

"Is your childhood nostalgia so important that you can't open your eyes a little?"

A fourth person fumed: "So many of us grew up with these dolls and so many of us have come to acknowledge and understand that these dolls are now as a symbol of racism around the western world, due to its crude depiction of people with African heritage but not Pauline, she demands to hang on to all of her beliefs and the things she enjoyed as a child no matter how much hurt it may cause those not just in her electorate but around the world it’s just disappointing really."

Others played down Hanson’s act as poor taste.

And some supported her, saying: "My Nan used to knit Golliwogs and sell them and donate the money to the royal children’s hospital.

"I absolutely loved my golliwog when I was a child and still love seeing them now. They are beautiful."