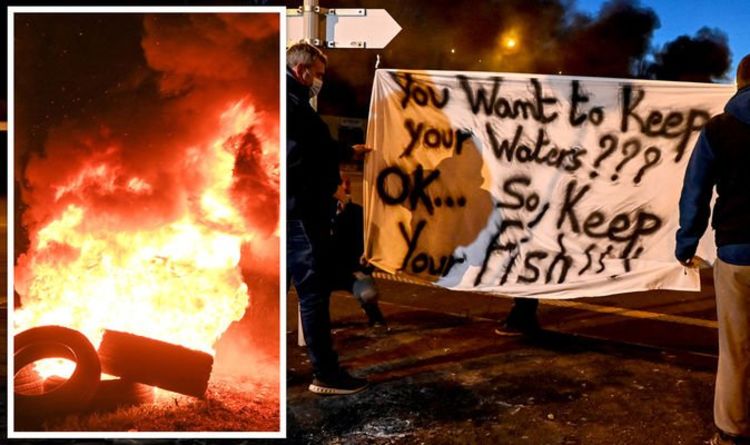 Independence ‘final nail in the coffin’ for fishing says fisherman

Union bosses urged trawlermen to prevent UK-landed fish from arriving at Boulogne-sur-Mer, Europe’s largest seafood processing centre. Some 80 fishermen set off flares on the docks of the port and used wooden pallets and barrels to barricade two British trucks. They unfurled a banner that read: “You want to keep your waters??? OK… So, keep your fish!!!”

French trawlermen are furious they’ve allegedly not been issued licences to operate deep into British waters.

Bruno Margolle, head of the main fishermen’s cooperative in Boulogne-sur-Mer, said: “We thought it would be a matter of days.

Many of the boat owners are struggling to obtain permission because they don’t meet demands for electronic data showing operations in British waters in the five years running up to the 2016 referendum on our EU membership. 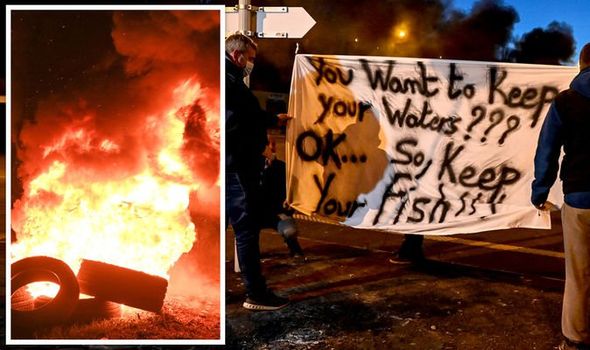 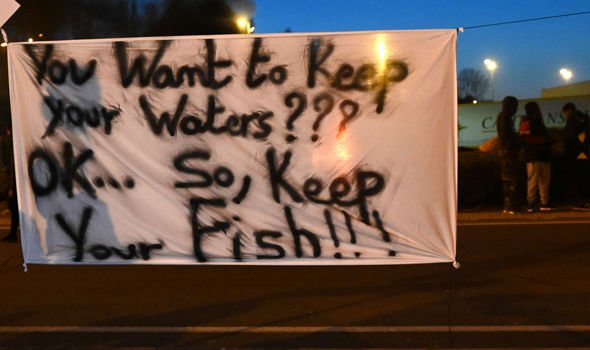 The Government said it has maintained an evidence-based approach to issuing licences to French boats since the end of the transition period.

“We do not recognise the figures that have been shared by the French fishing industry and consider this reaction to be unjustified.”

British officials also reached out to their French counterparts to express concern at the protests and any future action. 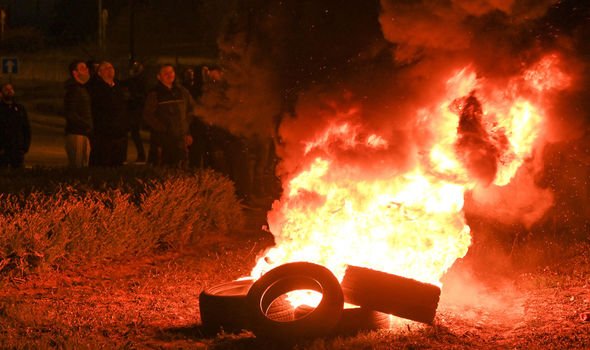 The French Government has called on the Commission to intervene in the row with “firm and determined action” to ensure No10 sticks to the post-Brexit trade agreement.

Hardline Europe minister Clement Beaune and Annick Girardin, minister of the seas, said: “We will act in a spirit of European solidarity and cooperation with Britain, but the urgency of the situation compels us all to speed up efforts.”

Around two-thirds of UK-caught fish are exported to the Continent.

Shipments to the EU have been down since the beginning of the year because of the coronavirus lockdowns and Brexit red tape.

MUST READ: Moment of truth! MEPs finally decide whether to accept Brexit deal 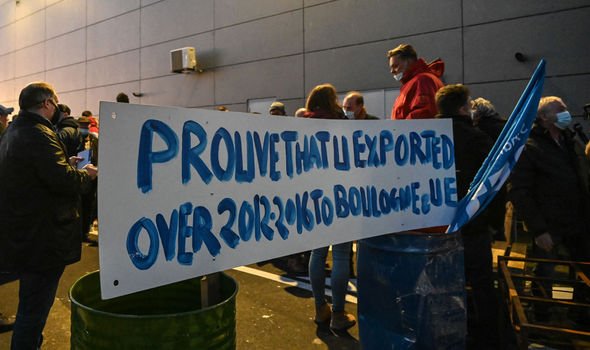 Mr Margolle said French stocks risked being depleted if the country’s fishermen could not cross into British waters.

Many boats are not being used as a result, he added.

“It’s not worth going out to sea to lose money,” he said.

Olivier Lepretre, president of the regional fisheries committee, said: “From January to April, I’ve lost 70 percent of my turnover.

“I’ve stopped my boat, I get zero fish every time! It’s 16 hours of work to lose money. I am completely demoralised and to speak honestly, we are all in trouble.”

He claimed that northern France’s fishing industry is heading for “extinction” unless they are allowed to operate more off Britain’s coast.