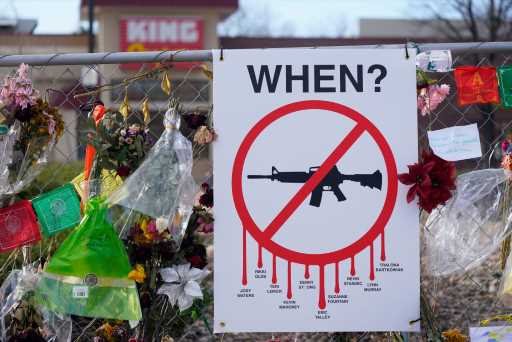 These bills join three others Democrats have brought forward this year. Gov. Jared Polis has already signed two — HB21-1106 requiring the safe storage of firearms in homes and SB21-078 to mandate reporting of lost or stolen guns. Another that would prevent some domestic abusers from keeping their guns is making its way through the legislature.

For weeks, Democrats had said they were planning to introduce more gun legislation, and much of what was presented Thursday was expected: creating an Office of Gun Violence Prevention (which would also be tasked with education about the state’s “red-flag” law), strengthening the background-check process and allowing local governments to pass guns laws that go beyond the state’s.

Republicans have opposed all three previous bills, saying the focus instead needs to be on mental health.

Notably, Democrats did not include a statewide assault weapons ban.

The local control bill is being sponsored by Senate Majority Leader Steve Fenberg and Rep. Edie Hooton, both Boulder Democrats. Just before the Boulder shooting, a Boulder County District Court judge blocked the city from enforcing its 2018 ban on “assault-style weapons” and magazines with a capacity to accept 10 or more rounds, citing a 2003 state law that preempts local gun restrictions.

Sponsors of the background check measure want to institute a five-year gun-purchase ban after someone is convicted of certain violent misdemeanors, as well as expand background checks to misdemeanors. Sponsors also said a news conference they believe it will close the so-called “Charleston loophole,” which had allowed the man who killed nine people at a South Carolina church in 2015 to purchase his gun.

This is a breaking story and will be updated.