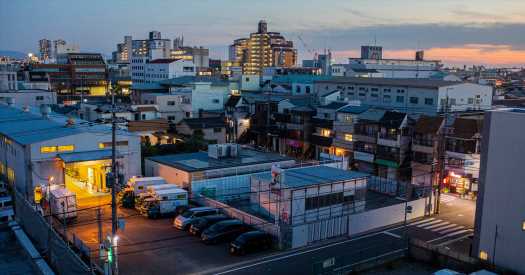 HIGASHI-OSAKA, Japan — Across Japan, it can seem as if there’s a 7-Eleven on every corner.

Now, on a single corner in a working-class suburb of Osaka, there are two.

The unusual pairing is the latest manifestation of a grudge match between one of Japan’s most powerful companies and, arguably, one of its most stubborn men.

Mitoshi Matsumoto, a franchisee, ran one of the two 7-Elevens until the chain revoked his contract in 2019 after he dared to shorten his operating hours. For over a year, his store has sat empty as he and 7-Eleven have battled in court over control of the shop. Fed up and with no end in sight, the company decided on a stopgap: It built a second shop in what used to be Mr. Matsumoto’s parking lot.

The conflict’s outcome will determine not just who gets to sell rice balls and cigarettes from one tiny patch of asphalt and concrete. It could also have profound implications for 7-Eleven’s authority over tens of thousands of franchise shops across Japan, part of a convenience store network so ubiquitous that the government considers it vital to the national infrastructure during emergencies.

7-Eleven has gone to surprising lengths against Mr. Matsumoto. It hired a team of private investigators to watch his store for months, collecting grainy video that, the company asserts, shows him head-butting one customer and attacking another’s car with a flying kick. It has also compiled a dossier of complaints against him, including one over a bungled giveaway of “commemorative mayonnaise.” And now it says it plans to charge him for the cost of building the second shop next to his.

The company maintains that it moved against Mr. Matsumoto simply because he was a bad franchisee. But he argues that it is no coincidence that the company’s view of him dimmed sharply after he said he would defy its rigid demand that stores stay open around the clock.

Before his seemingly small act of rebellion, the company had deemed him a model worker. He had received praise for, among other things, having the highest sales of steamed pork buns in his region. 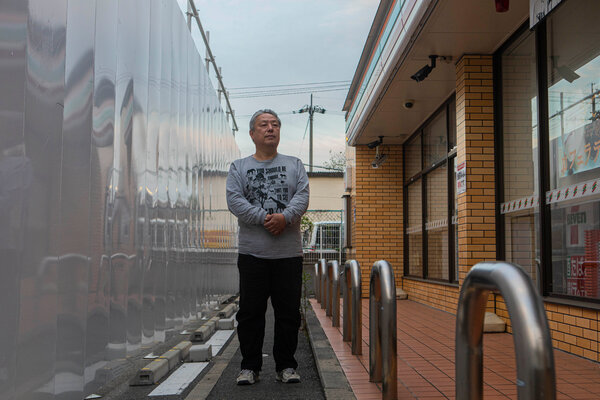 After his decision, 7-Eleven threatened his business and eventually cut off his supplies and sued to take over the store. With its actions, Mr. Matsumoto says, the company is sending a message to other franchisees: The nail that sticks out gets hammered down.

The fight playing out in an Osaka courtroom will have ramifications for 7-Eleven and the rest of Japan’s major franchises, which control the vast majority of the country’s more than 50,000 convenience stores. 7-Eleven accounts for nearly 40 percent of those, and its business practices, for better or worse, have long been viewed as the industry standard.

“The outcome of this trial will have an enormous impact,” said Naoki Tsuchiya, an economics professor at Musashi University in Tokyo. “A loss would be a considerable blow to the company,” but a win would “shift the balance of power away from the franchisees and toward corporate HQ.”

Mr. Matsumoto ran the first of the two 7-Elevens from its construction in 2012 through the end of 2019. Situated on a busy street near one of the largest private universities in the region, the store has been shuttered for 16 months, musty, dark and gathering dust.

The second 7-Eleven, a scaled-down version of the shop next door, is being built as a service to the neighborhood, the company says, after residents expressed concern that the empty store was a security issue. The new shop has the knocked-together look of the temporary housing that springs up in the wake of a natural disaster. When the finishing touches are put on in the coming days, it will be operated — 24 hours a day — by 7-Eleven itself.

For most of the seven years that Mr. Matsumoto operated his 7-Eleven, he faithfully carried out the demands for round-the-clock operations, which boost corporate profits but can be costly for franchisees, who shoulder the labor costs. The pace became unsustainable, though, as help became harder and more expensive to find — a problem that grew more acute after his wife’s death from cancer in the spring of 2018.

In February 2019, he announced that he would close his store from 1 a.m. to 6 a.m. each day. 7-Eleven began pressuring him to return to round-the-clock operations, his defense team wrote in court filings. Mr. Matsumoto, who prides himself on being persistent and plain-spoken, did not back down.

He went to the news media and described the industry’s harsh labor conditions, including his own days working 12 hours or more. His story hit a nerve in a country where overwork is rampant and sometimes fatal.

His willingness to criticize 7-Eleven in ways that most other franchisees would not made him famous. It also cast a light on the hidden costs of ultraconvenience in Japan, where convenience stores fulfill many of life’s daily needs and are often held up as symbols of the country’s remarkable efficiency and customer service.

7-Eleven stood down in its clash with Mr. Matsumoto over his shorter hours. But his relationship with the company, which had always had some problems, reached a breaking point in October 2019 when he announced that he would close the store entirely for one day, on New Year’s.

In late December, 7-Eleven notified him that it would revoke his contract unless he took unspecified action to restore a “relationship of trust.” It gave him 10 days.

The company said it was responding to two problems. One, Mr. Matsumoto had attacked it on social media. Two, he had racked up hundreds of customer complaints. (It would later claim, without providing evidence, that it was the largest number of any store in Japan.) It was the first time, he said, that the company had ever brought the problem to his attention. The company denies this.

The first complaint came in the months after the store’s grand opening. Mr. Matsumoto and his wife had papered the neighborhood with fliers promising a squeeze tube of “commemorative mayonnaise” to any customer who showed up on the first day.

The mayonnaise ran out in hours, and Mr. Matsumoto ended up telling hundreds of shoppers to come back later that week to claim their gift. Over a month later, one disgruntled customer tried to cash in the I.O.U., then fired off a scathing complaint when she was refused.

The other complaints range from serious accusations — berating customers — to minor quibbles. The dossier also contains a number of complaints from former employees about pay and working conditions that echo some of Mr. Matsumoto’s own complaints about 7-Eleven.

Mr. Matsumoto does not pretend that everything at his store was perfect. For years, he had been engaged in a heated battle over his parking lot, where customers of other businesses would often leave their cars for hours without so much as a thank-you.

By Japanese standards, Mr. Matsumoto’s neighborhood is a little rough. People cut in line. They cross the street against the light. They aren’t afraid to give a convenience store owner a piece of their mind.

He gave as good as he got, he readily admits, and he was not popular with the neighbors. On more than one occasion, a shouting match over parking spaces ended with a call to the police. They always sided with him, Mr. Matsumoto said.

7-Eleven had never seemed particularly interested in the occasional blowups, but after he declared that he was closing early, it began taking a very specific interest in them.

In the summer of 2019, the company hired private investigators to keep tabs on Mr. Matsumoto’s store, it wrote in a court submission. Perched in a nearby building, they spent months secretly filming the shop’s comings and goings.

The result is 7-Eleven’s evidential pièce de résistance: five videos of what appear to be confrontations between Mr. Matsumoto and various customers in the parking lot. Two involve what the company says are the flying kick to the car and the head-butt, but it is difficult to make out much of the blurry footage presented to the court.

Another video shows Mr. Matsumoto upbraiding a man in a white van. Two men loitering nearby are surreptitiously taping the argument, and the company has crosscut shaky footage from their cameras with video taken from the balcony above Mr. Matsumoto’s shop to give several perspectives on the exchange.

When approached for comment, a 7-Eleven representative referred reporters to the company’s court filings.

Mr. Matsumoto’s legal team has years of experience fighting convenience store chains in court, but one of his lawyers, Takayuki Kida, said that “there aren’t many cases that are full-out war, where 7-Eleven is this set on crushing someone.”

It’s easy to see why, said Mr. Tsuchiya, the Musashi University professor. The attention on Mr. Matsumoto has already helped spur change in the industry.

In September, a broad inquiry by Japan’s Fair Trade Commission concluded that the convenience store industry’s 24-hour-a-day policy was unsustainable and ordered stores to give owners more flexibility or face possible legal action.

Under pressure, 7-Eleven has increased franchisees’ share of revenue and, during the pandemic, taken a more lenient stance on operating hours. It is not clear how far the changes will go or whether regulators will follow through on their threat.

Mr. Matsumoto is bemused by 7-Eleven’s decision to build a new shop next door to his. “Everyone had forgotten about me,” he said during a recent visit to the construction site. “Now they’ve put me back in the news again.”

As he watched a crane do excavation work, a passing bicyclist stopped to share a few words of encouragement, urging Mr. Matsumoto not to let the “big guys” win.

Last year, Mr. Matsumoto says, the company offered him 10 million yen, or more than $92,000, to drop his case. The court encouraged him to accept the offer. But he wasn’t interested. Now, the company is trying the opposite approach. Its lawyers have said they will bill him ¥30 million for construction of the new store.

Either way, it’s the same to him, Mr. Matsumoto said. “It’s not about the money,” he said. “It’s about something bigger.”

The same could be said for 7-Eleven. A sign in front of the construction site sums it all up: The building is temporary.

Win or lose, the company plans to tear it to the ground.