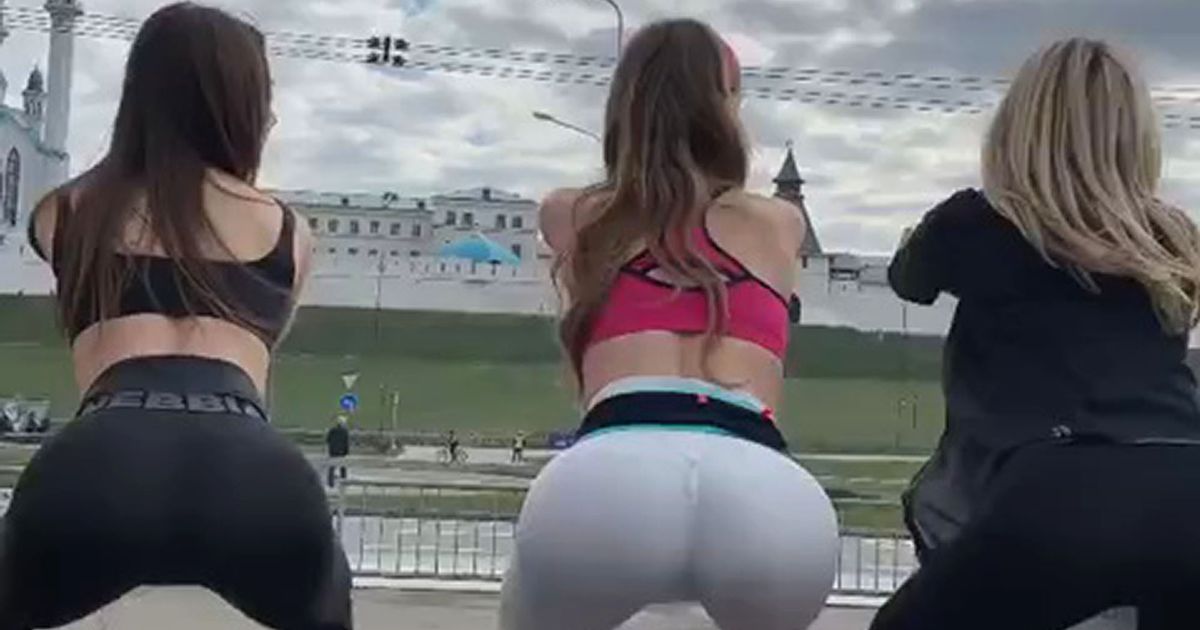 A group of female athletes warming up ahead of a marathon in Russia’s “Third Capital” Kazan have sparked national controversy because their exercise routine took place in front of a mosque during the holy month of Ramadan.

The women, all wearing tight-fitting running gear, performed some light stretches before breaking into an impromptu dance routine near the Kul-Sharif mosque in the majority Muslim state of Tatarstan.

He told journalists: "It is unacceptable. Another background could be found. I think these are provocative actions on their part. We do not support such behaviour.”

One of the runners, named only as Ekaterina, shot a video clip of the warmup that she uploaded to Russian social media platform VKontakte on May 3, the date of the race.

She explained that she had been unaware of the angry response that it would bring from devout Muslims in the state.

She added that that the fact that the mosque was in the background when she shot the clip was a complete coincidence: "We did not pursue any malicious intent,” she said, “and never wanted to offend anyone."

PDM News reported that some social media were particularly upset that the post was uploaded was filmed during the Muslim holy month of Ramadan, which is a time of fasting and spiritual cleansing of believers.

The Kaan marathon’s route is designed to take in a number of the city’s landmarks – including its Kremlin, the Palace of Water Sports and the Millennium Bridge as well as the Kul Sharif Mosque which was one the largest mosques in Europe when it was completed in the 16th century.

The mosque was destroyed by Ivan the Terrible, during the 1552 Siege of Kazan, but rebuilt in 2005 thanks to donations from several muslim nations including Saudi Arabia, and United Arab Emirates.