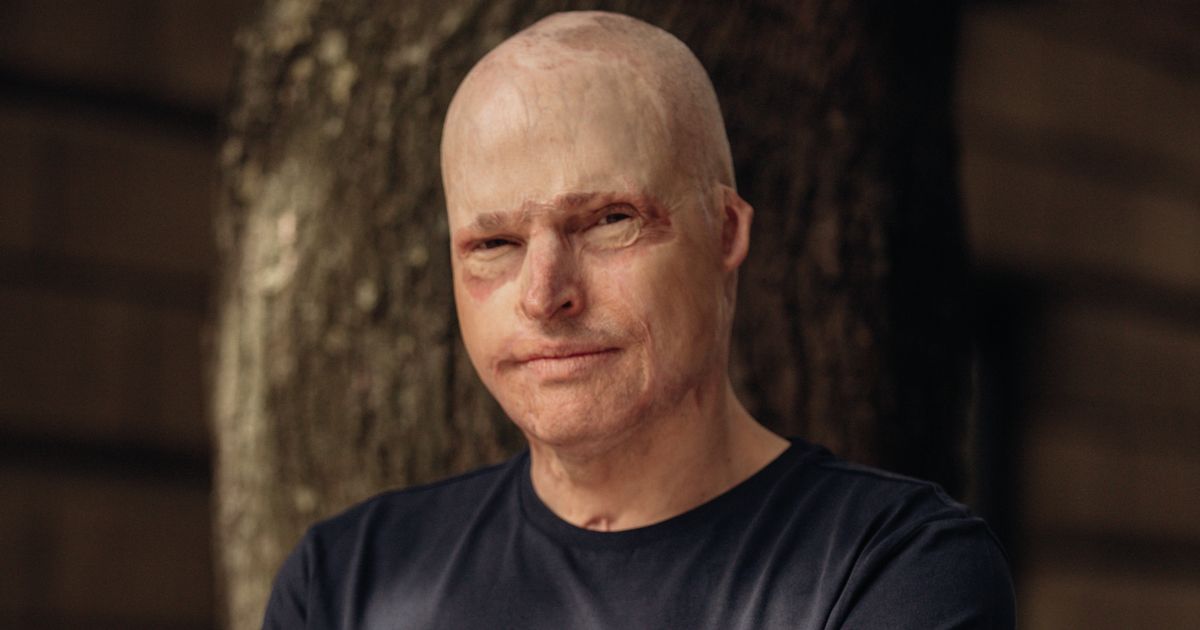 The fact Jamie Hull is here to tell the tale of his horrific accident at all is nothing short of miraculous.

When the special forces soldier was a thousand feet above ground alone in a burning plane, he had two options – and both would almost certainly mean instant death.

The rookie pilot either had to stay in the cockpit as fire burned his flesh to the bones or leap from the aircraft before it smashed into the ground in a ball of flames, reports DailyMirror.

Despite the agonising pain, Jamie managed to stay conscious to bring the plane low enough so he could out climb on to the wing and jump.

Jamie suffered 65% third-degree burns to his face and body, and his eye socket and cheek bone were shattered.

He also had severe internal injuries and battled renal failure, kidney dialysis, pneumonia and septicaemia with doctors giving him just a 5% chance of survival.

But survive he did. And after spending six months in an induced coma in the US, and a further 18 months in a UK hospital undergoing more than 60 operations, Jamie somehow pulled through.

“Quite honestly I shouldn’t be here after what I went through," he said.

“It is miraculous. What I endured, the price I paid for survival was off the charts in terms of suffering and injury and what I went through in those early years. I don’t know how my body was able to hold on.”

Not only did he hold on, he turned the trauma into something extraordinarily positive. Despite severe bouts of depression where he contemplated suicide, Jamie has rebuilt his life running marathons, the Race Across America and competing in the Invictus Games.

He has also gone skydiving and skiing and worked as a scuba diving instructor and motivational speaker in the hope his fight to survive will inspire those facing adversity.;

The horrific accident happened in 2007 when, on a break from training, Jamie flew to Florida to fulfil his lifelong dream of becoming a pilot.

He was on a routine solo training flight when disaster struck and he saw flames licking their way around his aircraft.

They soon breached the cockpit around the floor pedals, working their way up his legs – but he had no escape as he was still 1,000ft above ground.

But his military training kicked in and he knew he had 45 seconds to save his life.

As the fire engulfed his body, adrenaline kicked in and somehow blocked out the searing pain as he guided the plane to just 15ft above ground, climbed on to the wing and threw his burning body to the floor.

Describing those 45 seconds that were to change his life for ever, Jamie says: “Initially there was some panic going on. This was no drill – it was an actual emergency.

“What action was I going to take to get myself out of that situation? I didn’t know if I was going to make it.

“It was not an easy position to be in. I was in a vulnerable position – I was a thousand feet above ground when the flames breached the cockpit.”

Now he is hoping a book he has written about his experiences – Life on a Thread (Ebury Press, £16.99) – will help others to keep going.

“I absolutely did not think I was going to survive,” said Jamie, of Leighton Buzzard.

“I absolutely believed with all heart and all sincerity my body was going to give up the ghost. I was under no illusion because I was a trained patrol medic with 21 SAS.

“With far lesser burns you go to the wall in no time. Any burns surgeon will tell you it is very rare that someone with more than 40% burns makes it.”