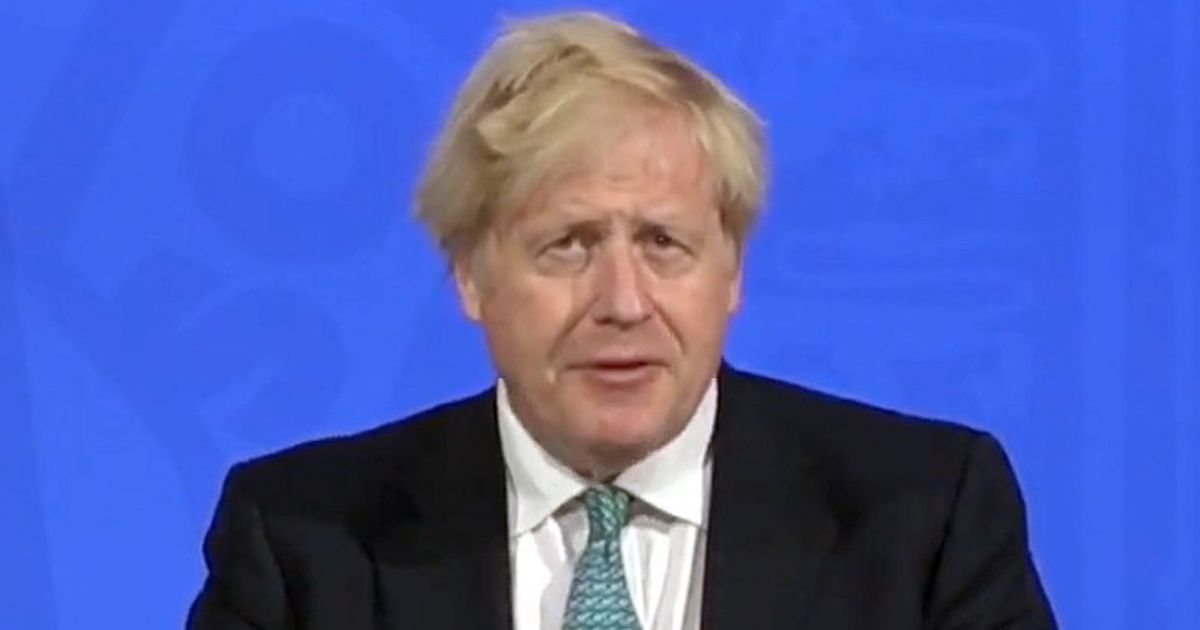 Groups were seen clashing in front of the Israeli consulate in New York on Tuesday with police struggling to maintain order and arresting several attendees. Hundreds of protesters turned up at several demonstrations across the US with several more planned across America and the UK over the next few weeks. Many expect the conflicts to escalate in the next few days as Israeli forces reject negotiation pleas with further missile attacks occurring which have already caused over a hundred deaths.

Hundreds were seen with placards and flags with police erecting barriers to separate the two groups.

More protests are expected to be held next week across the US and UK with several Facebook event pages being set up to encourage supporters from either side to attend.

Protests against the violence have already been held in London with Met Police clashing with many demonstrators.

The US has also drawn the ire of pro-Palestinian campaigners after it released in a statement earlier this week that Israeli “has a right to defend itself”. 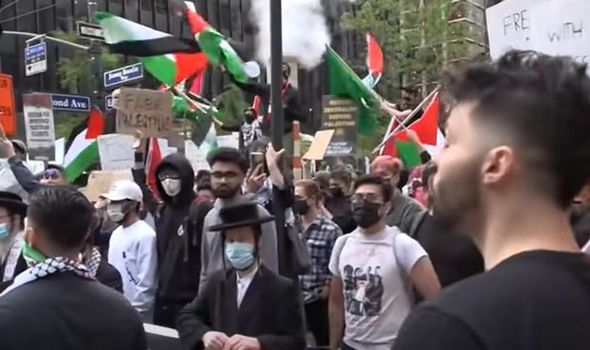 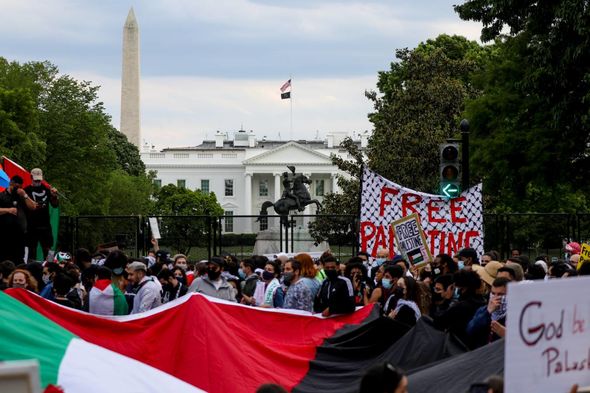 America has long supported Israel when issues arise in the region and is currently sending envoys to help with negotiations.

Pro-Palestinian protests have also erupted on the Israel-Gaza border which has seen people from Jordan and Lebanon join in the demonstrations.

Turkey earlier this week also called for all Muslim countries to “unite” against the violence in Israel which is the largest violent outbreak since 2014.

The Israeli Defence Forces have gathered on the Gaza border and have already fired several warning shots at militants who are attempting to cross the border. 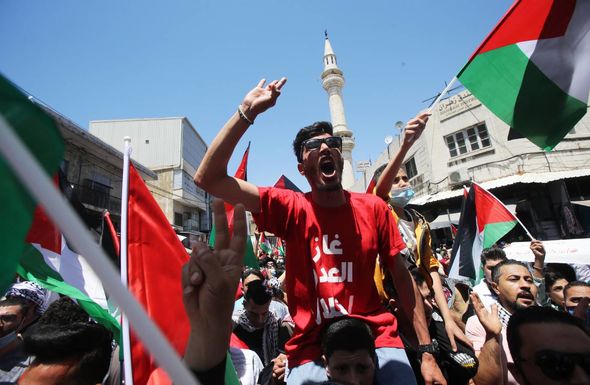 Violence first erupted between the two sides earlier this week after Muslim and Jewish worshippers clashed at Jerusalem holy sites.

Palestinian leaders demanded Israeli police to be removed from the Haram al-Sharif site in East Jerusalem which was denied.

Footage showed clashes between Israelis and Palestinians with worshippers seen being kicked on the ground.

In the week prior to the clash, Israeli developers ramped up the displacement of Palestinians for new settlements to be built which drew the anger of Hamas and the Palestinian population. 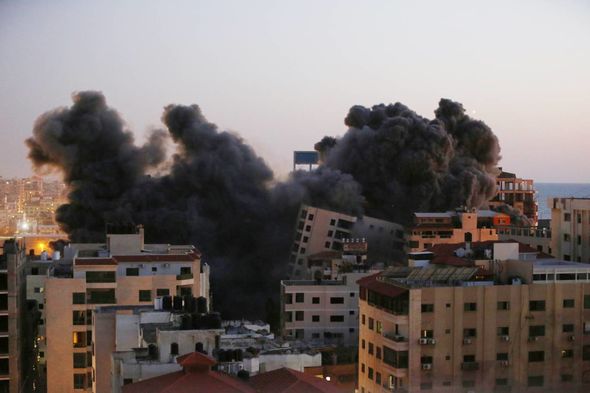 As a result of the rising tensions, missile and airstrikes were carried out by both sides which have seen over a hundred people dead.

Footage on Wednesday showed a 17-story residential building crashing to the ground in Gaza after being targetted by Israel.

Israel sent warnings ahead of time by firing warning shots via drones.

Over 9,000 Israeli troops have gathered along the Gaza border and have infiltrated several Hamas tunnels.

Thousands of rockets have been fired from both sides which have destroyed many buildings and sites across the region.