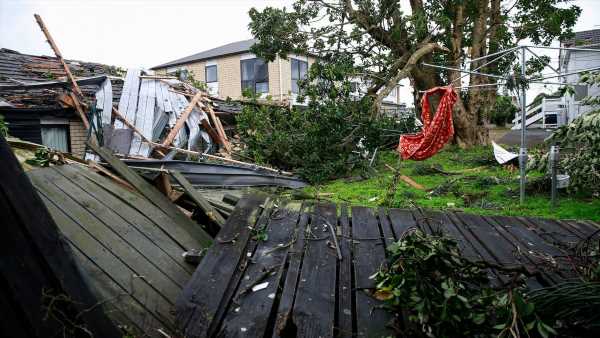 After a weekend of wild weather, more heavy rain has been forecast across the east of both islands today.

MetService meteorologist Lewis Ferris said a low pressure system was continuing to drive rain into some eastern parts of the country.

“Surface flooding is possible under the heaviest falls and driving conditions could be hazardous,” he said.

An orange heavy rain warning is in place for the Kaikōura coast and ranges, and Wairarapa excluding the Tararua District, until 6pm tonight.

The heavy rain is set to continue in Wellington, where a strong wind warning is in effect.

More heavy rain is also forecast for the North Island’s East Cape, where State Highway 35 is closed at Potaka due to a slip.

A Fire and Emergency shift commander said there have been two weather-related call-outs in the Picton and Marlborough Sounds areas overnight, but both were relatively minor.

However, more call-outs are expected in the area at first light.

Snow warnings are in effect for Lewis Pass and Porters Pass, for snow flurries above 900 metres.

Most other parts of the country are also in line for another rainy day.

Another factor was the warmer waters around the country itself – coastal sea surface temperatures were currently ranging between 0.89C and 1.19C above average.

“Not only do you have that plume of moisture from the Pacific, but the warmer seas around the country open you up to more water vapour in the atmosphere.”

With ocean warmth expected to linger for some time to come, Noll said more of these complex weather and climate set-ups – which forecasters had dubbed “atmospheric traffic jams” – could be expected over the rest of winter.

The twister tore through the South Auckland suburb about 8.30am, killing a worker at a shipping container yard in Wiri.

A fundraiser for the family of the man killed has brought in more than $34,000 as of this morning.

More than 240 homes were assessed yesterday for damage, and further work is still being done to determine how many homes are now uninhabitable.

Auckland Emergency Management duty controller Parul Sood said contractors will be back out in the area today.