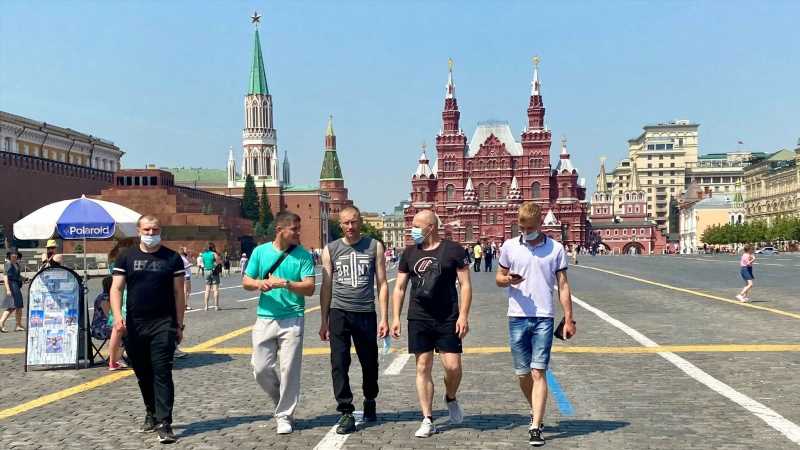 As Moscow swelters in the warmest temperatures for 120 years, it is also setting dangerous new records in terms of COVID-19 infections – a third wave driven by the Delta variant.

According to the city’s health department, 100,000 people currently have the virus with some 14,000 of them seriously ill in hospital.

Live COVID updates from the UK and around the world 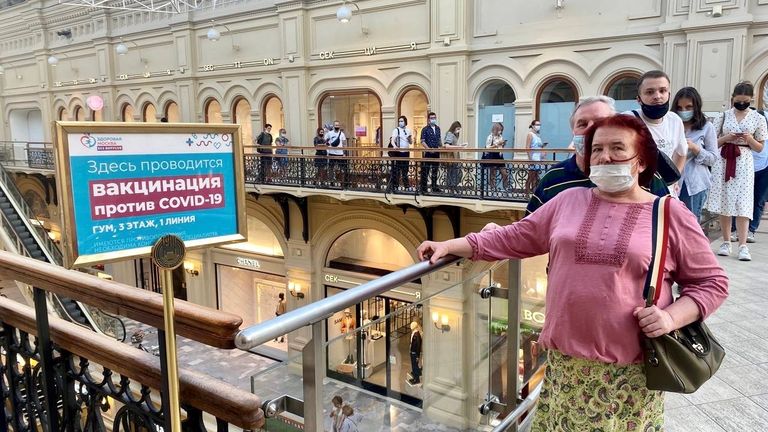 From Monday, he is introducing new measures in the city’s bars and restaurants.

Only people with QR codes proving they’ve been vaccinated, have had the virus in the last six months or have had a recent PCR test will be allowed in.

Industry representatives say it would be better to shut down altogether. With only 14% of Muscovites vaccinated, they say restaurants won’t survive.

Galina and Alexey Mirmanov have been out very little over the past year but they still contracted the virus.

Mr Mirmanov is in intensive care, his wife is recovering at home.

She says they regret not taking the vaccine: “Alexey worked from home and I’m a housewife so we didn’t think we’d need it. We would go to church but always wear masks but with the nice weather and the numbers going down, everyone relaxes.”

Having ruled out the prospect of mandatory vaccinations, national and regional authorities are now considering a stricter approach.

Moscow is introducing compulsory vaccination for 60% of service-sector workers. 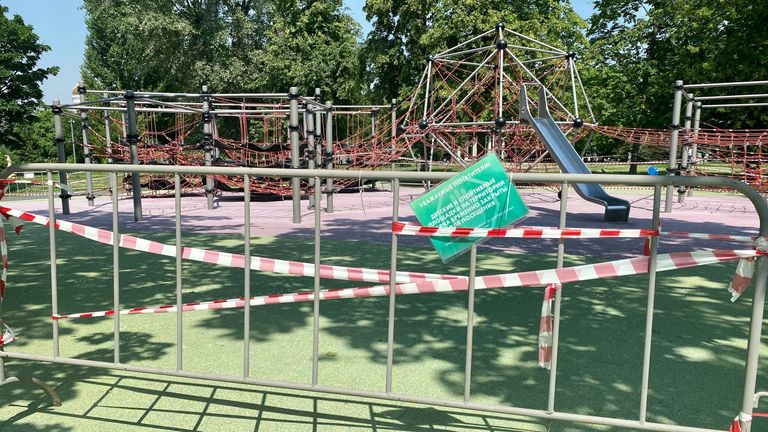 But Russians in general are reluctant vaccine-takers and despite a death rate commensurate with the world’s fourth largest coronavirus case count, the pandemic has not changed minds.

So far, only 16 million people have taken a first dose of one of the three Russian vaccines, around 11% of the population. In the UK, 82% of the adult population have had at least one dose of other vaccines.

The haste to approve and export Sputnik V as the world’s first COVID vaccine didn’t help, the Kremlin seemingly more interested in geo-political wins than in public health.

There was also very little targeted messaging around the vaccine from the start of the pandemic, just as there were minimal restrictions after an initial two-month lockdown.

Moscow was almost unique in its lax approach to nightlife, attracting plenty of lockdown escapees who came to the Russian capital to party. As other European cities re-open, it may be about to pay the price. 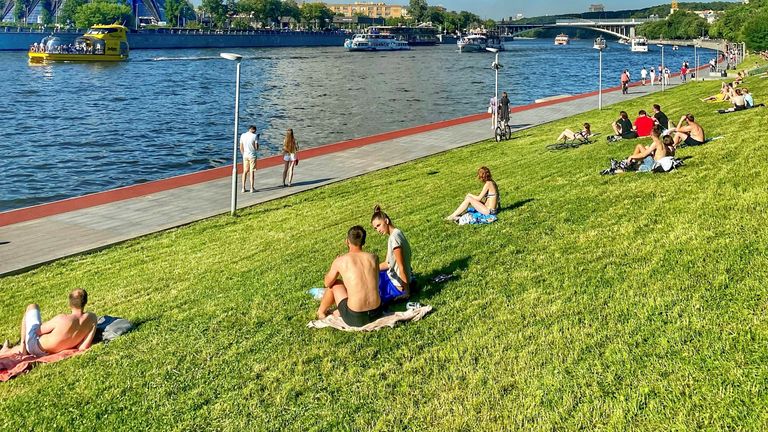 “The government played at liberal democracy by saying you have the right to take the vaccine or not, it’s up to you”, says Vasily Anikin, a sociologist at the Russian Academy of Sciences.

“But people here respond to the stick, not the carrot mechanism. And that’s disappointing for us because the population should be more conscientious.”

Unlike in Europe where vaccine campaigns have been accompanied by appeals to the public good, that kind of language does not resonate with Russians.

Mr Anikin thinks that’s a sign of socio-cultural backwardness, a legacy of the turmoil of the 1990s after the dissolution of the Soviet Union.

“Russians don’t care much about others”, a doctor in one of the city’s public COVID wards told Sky News on condition of anonymity.

“If it was on TV that doctors were working hard, people would just get angry and say that they were making money out of it. Human life is cheap.”

He said the treatments developed over the last year-and-a-half aren’t working against the new strain.

The patients coming in are younger, plenty have had coronavirus before and they become critically ill much faster. 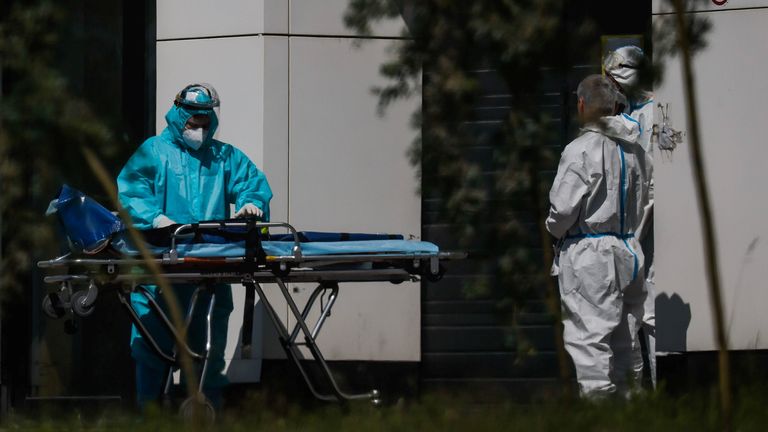 “Last winter in the last wave if you were young, 50 or 55, you were pretty much guaranteed to survive whatever happens. Now it’s not set in stone,” he said.

If the Delta variant is wreaking havoc in Moscow, where there are 24,000 COVID beds and top-class public hospitals, it is likely to prove catastrophic once it hits the regions.

Medical facilities in some parts of Russia are exceptionally poor. The true extent of the pandemic in the regions has tended to be brushed beneath the carpet, death counts massaged to better meet what are assumed to be Moscow’s expectations.

The capital has always been the centre of the epidemic but it is only a matter of time before the Delta variant sweeps east if it has not already done so.

And vaccination rates in Russia’s regions are much lower than in the capital.

“We joke that when someone dies of COVID, in the autopsy protocol, we’ll just write, ‘I was a jerk and didn’t get the vaccine'”, the Moscow doctor said.