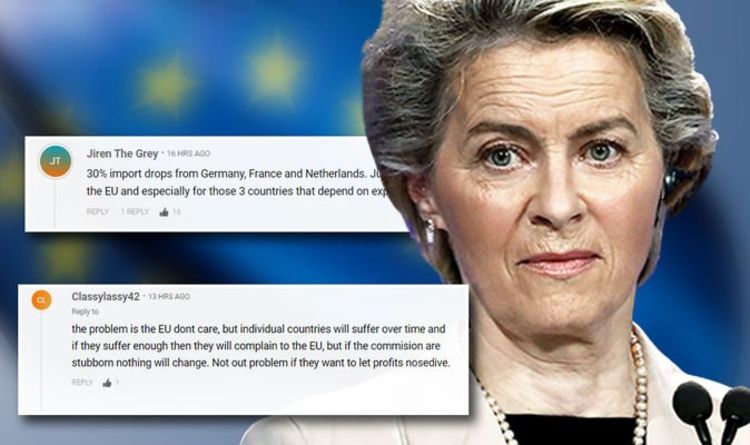 Data from the Office for National Statistics (ONS) revealed between December last year and January the EU’s exports from the UK declined by a staggering 40 percent. Imports were not far behind, decreasing by 28.8 percent in the same time frame.

This period spans when the Brexit transition period ended and the UK’s Withdrawal Agreement with the EU came into effect.

Many Brexiteers have claimed the EU used the agreement to punish the UK for leaving the bloc.

Angry Express.co.uk readers shared these views – and slammed what they claimed were the bloc’s petulant actions.

Others vowed to boycott EU goods in protest. 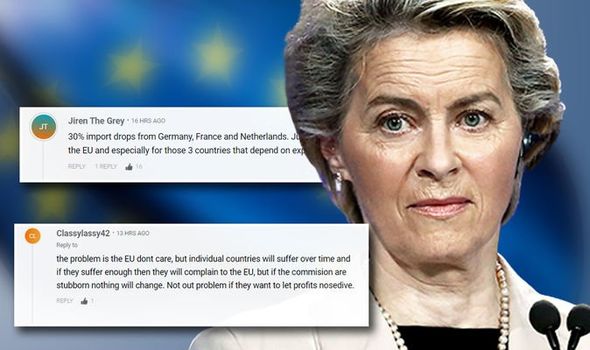 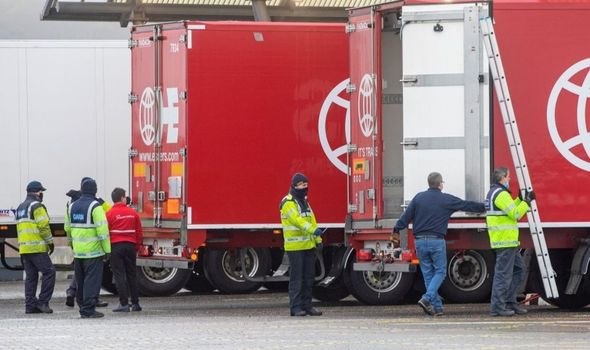 One wrote: “We’re doing great. Keep up with the boycott. Remember, this is a marathon, not a sprint.

Another wrote: “(There has been) 30 percent import drops from Germany, France and Netherlands.

“Just devastating for the EU and especially for those three countries that depend on exports so much.” 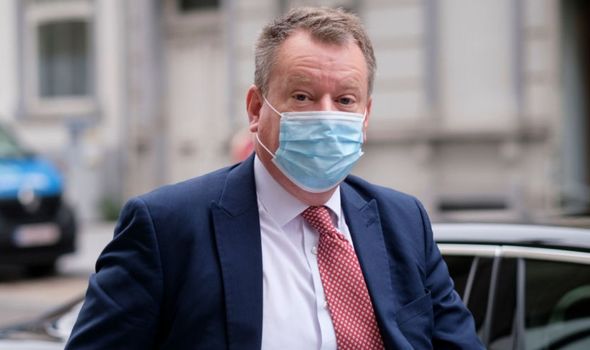 A third raged: “Well I must admit I’m helping a little.

“I’m not buying European products if I can find an alternative and 99.99 percent (of the time) I have found world foods easy to find.”

Meanwhile a fourth wrote: “All that bull and bluster from EU trolls on other articles here today and over the last few weeks has just been shoved back up their b**ts by the good old decaying EU dictatorship, lol. 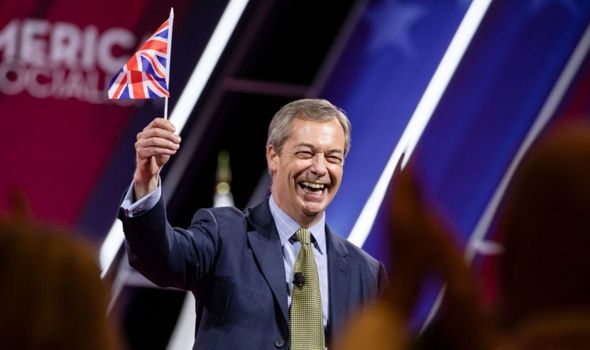 Trade with countries outside the EU also dropped during the same period, but by significantly less at 12.7 percent for imports.

Exports from non-EU countries increased 1.7 percent, despite the difficulties thrown up by the coronavirus pandemic.

In November and December, the ONS reported seeing “increasing imports and exports of goods…

“These increases were consistent with potential stockpiling of goods from the EU in preparation for the end of the EU exit transition period.” 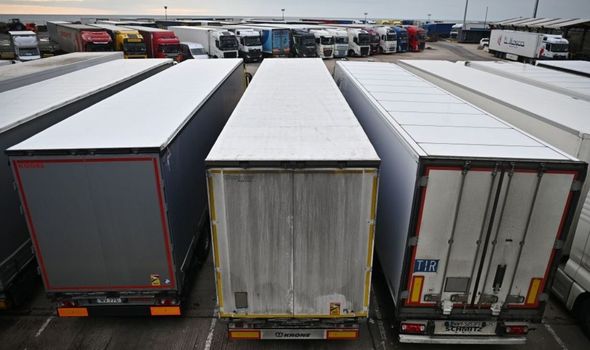 The reason behind the decrease could be blamed on several factors, but the Brexit transition period has been partially to blame, say experts.

Samuel Tombs, the chief UK economist at the consultancy Pantheon Macroeconomics said: “Brexit is best seen as a slow puncture, rather than a sudden blowout, with the costs gradually accumulating in the form of lower investment and immigration than otherwise would have been the case.”

Suren Thiru, the head of economics at the British Chambers of Commerce, said: “The practical difficulties faced by businesses on the ground go well beyond just teething problems and with disruption to UK-EU trade flows persisting, trade is likely to be a drag on UK economic growth in the first quarter of 2021.”