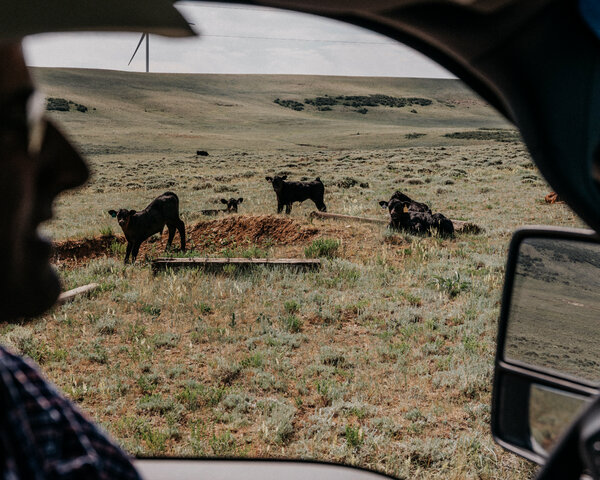 Ms. Liebelson is a writer in Austin, Texas.

Living on his 25,000-acre ranch about an hour outside Laramie, Wyoming, 67-year-old Scott Sims figures he’s at lower risk of catching the coronavirus: He resides in relative isolation. A fourth-generation cattle rancher, he takes his vitamins, has never gotten a flu shot and regards himself as healthy. He wears a mask when required and washes his hands. But he hasn’t gotten vaccinated.

Mr. Sims knows unvaccinated people are at higher risk of catching the virus: Although he interacts with few people at home (at an elevation of 7,200 feet), his grandchildren have been attending school nearby, and he suspects that his family members have been exposed — he even thinks he might have caught it. But given how quickly the vaccines were developed and approved, he worries about unknown side effects.

Still, Mr. Sims respects that others may choose to be inoculated (his nonagenarian parents have). “I don’t tell people whether they should or shouldn’t, and people have not told me, either,” he told me.

Mr. Sims is far from alone. Wyoming, where more than 70 percent of voters supported Donald Trump in 2020, had the highest rate of vaccine hesitancy in the United States, at about 30 percent, according to federal survey data from April. (Now, roughly 26 percent of people in several counties in Montana are vaccine hesitant, the highest in the country, versus about 22 percent in several counties in Wyoming.) Between December 2020 and February 2021, University of Wyoming economists surveyed over 630 people from the state; roughly half said they didn’t want to be vaccinated. Confidence in the vaccines, political affiliation and trust in government were among the factors influencing their willingness: Those with low trust in government were less likely, by some 20 percentage points, to want the vaccines than those claiming moderate trust.

I get the mentality: I grew up in a mountainous stretch of Montana, a state that like Wyoming is around 90 percent white, backs Republican presidents and shares some cultural, geographic and historical similarities. I also spent two years completing graduate school in Laramie amid aging trucks, antique shops, the occasional burnished belt buckle and packed gun holster — not to mention bars with maskless faces even during the depths of the pandemic.

Yet Wyoming isn’t some living monument to the wild West. There’s a diversity of experience there, a culture of respect for the environment and the shared character it generates. That includes a neighborly solicitude that resists libertarian caricature.