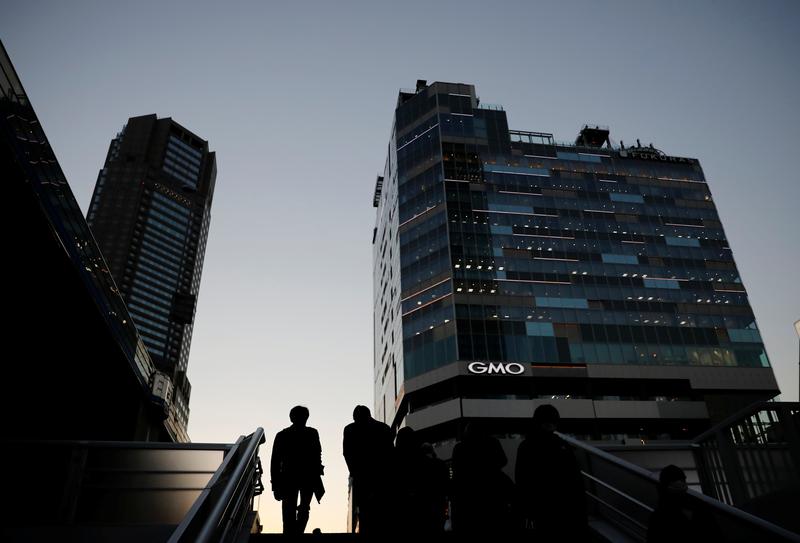 TOKYO (Reuters) – Japan has logged a record amount of leftover money from the previous year’s budget due to greater than expected tax revenue, the finance ministry said on Monday, a windfall likely to fuel politicians’ calls for more coronavirus stimulus spending.

Of the leftover 4.5 trillion yen ($40 billion), the fiscal law stipulates that half must be used to repay debt, while the rest can be spent for other purposes, namely a supplementary budget for the current fiscal year.

The amount of leftover money for the last fiscal year topped the previous record worth 2 trillion yen, seen in fiscal 2011.

The leftover money will set the stage for the government to compile an extra budget, with Prime Minister Yoshihide Suga’s government under pressure from lawmakers to promise voters to boost spending as a general election must be held by the autumn.

By main tax items, sales tax in the fiscal year that ended in March brought in a record 21 trillion yen, while income and corporate taxes raised 19.2 trillion yen and 11.2 trillion yen respectively, the ministry said.

Rising tax revenue could prompt lawmakers to demand even bigger stimulus spending to combat the coronavirus, despite a combined $3 trillion of COVID-19 fiscal packages already added to the industrial world’s heaviest debt pile.