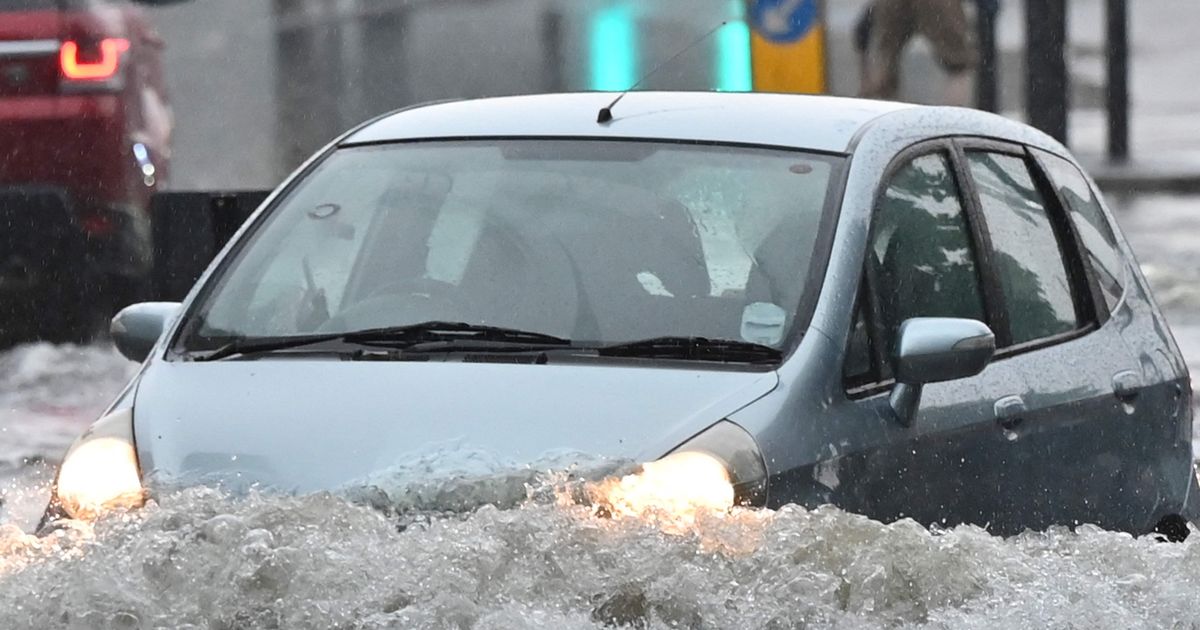 Brits can expect four more days of chaotic thunderstorms following flooding from a month's worth of rain.

The Met Office has issued yellow warnings for the following days after floods caused chaos in London and the South, wrecking homes hospitals, and Tube stations yesterday.

However, the downpour is now expected to reach as far as Scotland from noon today as they could receive torrential rain for 12 hours.

Meanwhile, a flood warning that requires 'urgent action' has been issued for parts of the Isle of Wight along the Eastern Yar.

.It's feared 100mm of rain may fall on the island in just a few hours.

Thirteen weather alerts have been issued for areas around the country, including affluent Kingston, Richmond and Wandsworth in London, and Porlock Weir in Somerset.

Another yellow storm warning has been issued across parts of the Midlands and northern England between 9am today and 6am on Wednesday.

Yesterday, an entire block at Whipps Cross Hospital in east London was forced to close after flooding caused a major power outage, with 100 patients evacuated to sister sites.

According to the Sun, the wettest part of the country on Sunday was St James's Park in London.

Reports say 41.8mm of rain fell, making it the second wettest day on record in July,

The average rainfall in London for this month would usually be 45mm, which means almost a month's worth of rain fell in one 24-hour period.

Forecasters say the wet weather could continue for another three weeks, with temperatures barely reaching the mid-teens, putting any summer plans on hold.

Officials say: “There are tentative signals suggesting high pressure may become more dominant during the middle of August."

Last week's heatwave is directly responsible for the terrible weather as Meteorologist Steven Keates said hot air currents rising from the land after the blast of heat has met cooler air higher up in the atmosphere, sparking huge rainstorms.