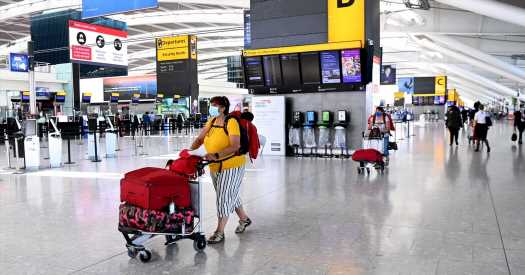 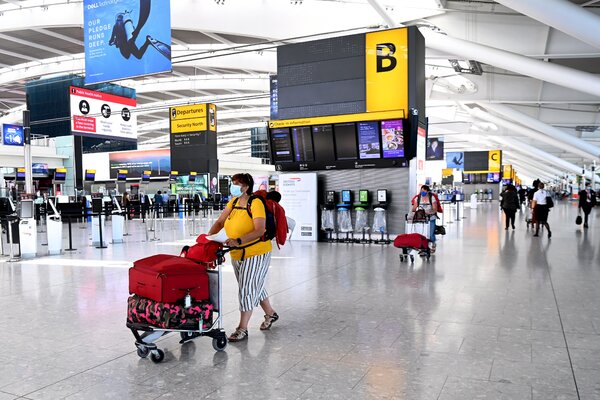 Fully vaccinated travelers from the United States and the European Union will be allowed to enter England without quarantining upon arrival starting Aug. 2, the British authorities said on Wednesday as they seek to attract tourists after months of restrictions.

“We’re helping reunite people living in the U.S. and European countries with their family and friends in U.K.,” Transport Secretary Grant Shapps wrote on Twitter.

The government relaxed all but a handful of restrictions in England last week. After weeks of rising case numbers, new coronavirus cases have been declining in Britain lately.

Under the current travel rules, a person who has been vaccinated in Britain doesn’t have to self-isolate when returning from most “amber list” countries, but that exemption doesn’t apply to those who have been inoculated outside Britain.

“The changes will apply to fully vaxxed people with an F.D.A. or E.M.A. vaccine,” Mr. Shapps said on Twitter, referring to the Federal Drug Agency in the U.S. and the European Medicines Agency. He said travelers will still need a predeparture negative test, and will still have to take a PCR test after they get to England.

Prime Minister Boris Johnson said on Wednesday that he wanted American travelers to come to England “freely,” and airline and airport operators have urged the authorities to lift restrictions in the hope of reopening travel.

Most European countries have been open to American tourists after the European Union recommended lifting a ban on nonessential travel last month. Yet E.U. and British residents are still mostly banned from traveling to the United States, unless they are U.S. citizens.

Few experts are willing to draw definitive conclusions from the downward trend in cases in Britain, which could reflect transient factors like the school summer break, the end of the European soccer championships or fewer people getting tested for the virus.

But if the trend is sustained, the case numbers raise a tantalizing prospect that Prime Minister Boris Johnson may have bet correctly that the country could withstand a return to normalcy, even with the rapidly transmissible Delta variant widely circulating in the population. His own health secretary, Sajid Javid, who is vaccinated and nonetheless tested positive on July 19, predicted the opposite — that cases could skyrocket to 100,000 a day before the country’s third wave of the pandemic ebbed.

The Biden administration said on Monday that it would continue to restrict the entry of Europeans, Britons and others into the United States, citing concerns that infected travelers may contribute to further spread of the contagious Delta variant across the country. The State Department is advising travelers not to go to Britain because of the Covid situation.

The new policy applies only to England, not to the whole of Britain. Scotland, Wales and Northern Ireland will make their own decisions about foreign travelers.

Mr. Shapps also said in his tweet, “We’re also able to confirm the restart of international cruises and flexible testing programs to help key workers and drive our economic recovery,” though he did not provide details.