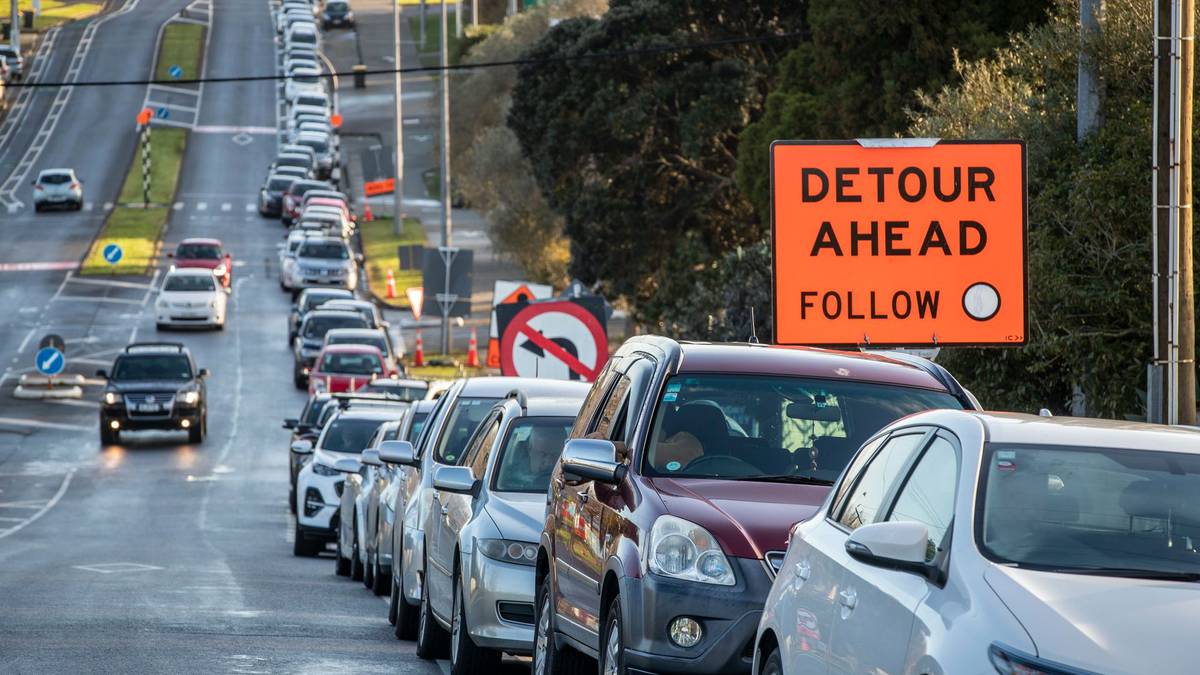 The owners of the Passion Bakery in Birkdale – a location of interest – have been unable to get tested, despite waiting nine hours in line.

Allan Eng and Linda Chea, brought their two young kids and queued for the Northcote testing centre on Auckland’s North Shore at 8:30am.

At that time, the line of cars numbered more than 300 and was backed up more than 2km, down on to Lake Rd.

After leaving the queue for a short time to get food, they returned about 9.15am to find the queue had grown longer.

At 5pm, after waiting all day, the family finally made it on to College Rdwhere the testing centre was – only to be told the site was being cut off and they would have to come back tomorrow.

Eng tried to explain to security staff that he owned a location of interest but it didn’t change anything.

Another woman confirmed to the Herald that she waited more than 10 hours for a test at the Northcote testing station.

Just a few kilometres away at the nearby Wairau Valley testing station, cars snaked around the North Shore Events Centre car park before extending on to Silverfield Rd and out to Porana Rd.

And in nearby Devonport the queue was 120 cars long.

Police at several centres were now closing off queues to ensure everyone waiting could be tested before closing time at 8pm.

Whānau Ora community clinics director George Ngatai, speaking from the Northcote centre, said he was sympathetic to those who had waited hours for testing and those who had been turned away.

He said his staff aimed to treat everyone equally and get through as many people as possible.

“Our staff are moving as fast as they can.

“What we want people to do is be a bit more patient and be kind to our staff.”

The sites in Northcote, Mount Eden and Albany had all done more than the approximately 1800 tests yesterday, he said.

The Wiri site, also operated by Whānau Ora community clinics, had done about the same as yesterday. However, with more staff and space, the Wiri site could test 50 per cent more people than the other three sites.

He said all sites had been given extra iPhones and iPads which made testing a lot quicker and anticipated more pop-up sites would be brought on board in the coming days.

The Northern Regional Health Coordination Centre spokesperson said, as at 4pm, more than 4400 people had been swabbed at community testing centres across Auckland.

More than 16,000 people were tested for Covid in Auckland yesterday, with more than 6000 of those through community testing centres, with the rest tested through GPs, urgent care clinics and mobile testing units.

They advised anyone unable to get a test today, to go home and try again tomorrow.

They reiterated only those who have been identified as a close contact, were at a location of interest at the time pinpointed on the Ministry of Health website or have symptoms should be getting a test at this stage.

For up-to-date info on all testing locations, visit Healthpoint.