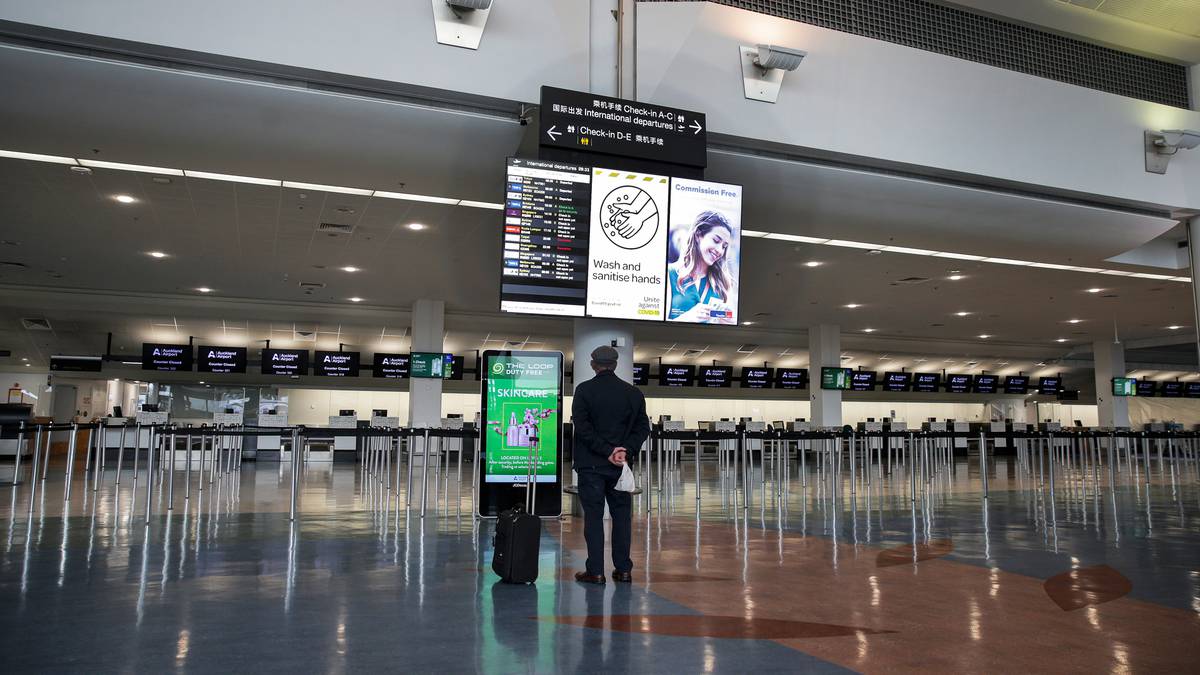 Auckland Airport was one of the first businesses to be hit by the pandemic and says having fully vaccinated staff is the best way it can bounce back.

In the past year its international arrivals plunged to levels not seen since 1972 and it tumbled to its first loss as a listed company.

Now it has bought forward its version of a Government vaccination order for frontline staff to be vaccinated and says those who refuse the jab face losing their jobs.The company is also inserting a Covid-19 vaccination requirement for all new recruits, whether they are among 271 frontline workers or about 180 others.

Corporate services general managerMary-Liz Tuck says the company is determined to enforce the new rules, which she says are backed by Health and Safety legislation at what is an essential business.

“The priority for usis keeping the airport open.It is your teammates that you’re coming in with.The priority for us is that we want everyone inour workforce to be safe and then we’ve also got obligations and commitments over people who travel as well.”

This week Air New Zealand said it wants to introduce mandatory vaccinations for 4100 staff including baggage handlers who are not covered by the Government order to meet its obligations to safety in the workplace and for customers.The Council of Trade Unions today said it wants as many workers as possible to be vaccinated but takes issue with workplaces bringing in their own blanket rules, saying they could have the opposite effect.

Both the airport and the airline say they expect legal challenges if they cannot find existing staff alternative roles.

Tuck says: “We are quite prepared to go to court. As an organisation that workson the frontline of the border we see vaccinations as the way out of this.”

All its frontline workers working shifts have now been vaccinated, and a small number await their second doses.

Three frontline staff members will be rostered on only after they’ve had vaccinations over the coming week.

The Government order requires all frontline staff to have had at least one dose of the vaccine by September 30.

Tuck says there had been a strong uptake of the vaccine among frontline staff from the day it was made available in early February.

Within the first two months close to 90 per cent of staff had had the jab.

“We had a great response straight off the bat, partly becausewe’re at the frontline, we’re dealing with people coming in and we’re the border.”

Initially about 10 per cent of the frontliners – who have jobs ranging from firefighting to helping with passenger queue management – expressed reluctance to get vaccinated.

Tuck said presentations from experts such as Auckland University vaccine expertHelen Petousis-Harris and then one-on-one sessions with leaders helped convince all but a very few.

Another strong driver for those reluctant came when a member of their team got the jab.

She said the official advice from the Government was also useful.

“It’s the individual conversations for the people that provided them with more information.”

Some would not change their views, however.

“For some people they just won’t. They hold those views and that’s their choice.
There’s so much information for people to fulfil what they want to think.”

For new recruits the vaccination requirement would be added to standard employment terms in contracts which cover convictions and drug use. Some emergency service staff already have to have hepatitis jabs before getting a job at the airport.

“We accept that views will differ and not everyone will agree with our position, but the safety and wellbeing of our people comes first, and we will continue to make the decisions that we think are right to protect our people and the community from the spread of Covid-19.”

President of the Council of Trade Unions Richard Wagstaff said unions were keen to work with employers getting as many of their staff vaccinated as possible and workplaces were often very good venues for this.

However, a “hamfisted” no jab, no job, approach is not helpful.

“We think that it couldcreate resistance amongst people, if they feel like it’s been forced on them rather than being encouraged with good information.”

He said every workplace and job within that needed to be analysed before mandatory jabs were imposed.

While places such as MIQ hotels needed compulsory jabs, affiliated unions had reported resistance among some workers to the Government order at places such as ports.

“We think there needs to be a real attempt to minimise the number of places where you need to have a jab.”

Wagstaff said unions were worried unscrupulous employers could use mandates to get rid of staff.

“If it’s misused, it makes people vulnerable.We need a sober assessment.People are reaching for that solution way too quickly.”

Other measures such as more PPE and distancing could work on some jobs.

Employment lawyer Jennifer Mills says the issue is complex and has not gone to court here.

“There is a significant degree of uncertainty. Until the Employment Court directly confronts this difficult issue, it is not clear how the relevant competing rights and interests would be assessed and balanced,” Mills says.

That uncertainty will cause most employers to take a conservative approach, she says in a discussion paper about the issue.

“However, some employers cannot wait for people to be harmed before they take firm actions. By way of example, the aged-care sector will be acutely aware of the risk of fatalities caused by the transmission of Covid-19.”

When faced with potential fatalities, the issue of workplace vaccination is just not an academic debate. It has real potential consequences and a real ability to make a difference in the health and safety of people.

“We consider that an employer may take adverse actions against an employee, including dismissal as a last resort, where it has identified that the employee is not able to carry out certain work / role safely without being vaccinated, following a proper risk assessment. However, there is considerable ambiguity in terms of where the line should be drawn.”

She said it couldbe argued that Parliament is in a much better position to undertake the necessary risk assessment, and that courts are not the appropriate forum to weigh up competing scientific and social considerations.