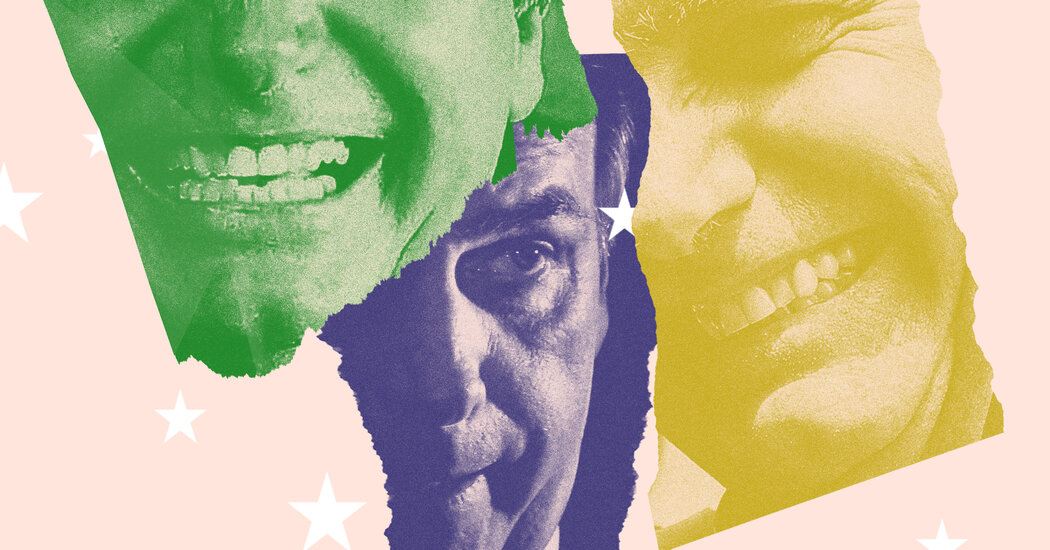 SÃO PAULO, Brazil — For weeks, President Jair Bolsonaro of Brazil has been urging his supporters to take to the streets. So on Sept. 7, Brazil’s Independence Day, I was half expecting to see mobs of armed people in yellow-and-green jerseys, some of them wearing furry hats and horns, storming the Supreme Court building — our very own imitation of the Capitol riot.

Fortunately, that was not what happened. (The crowds eventually went home, and no one tried to sit in the Supreme Court justices’ chairs.) But Brazilians were not spared chaos and consternation.

For Mr. Bolsonaro, it was a show of force. In the morning, addressing a crowd of around 400,000 people in Brasília, he said he intended to use the size of the crowd as an “ultimatum for everyone” in the three branches of government. In the afternoon, at a demonstration in São Paulo of 125,000 people, the president called the elections coming in 2022 “a farce” and said that he will no longer abide by rulings from one of the Supreme Court justices. “I’m letting the scoundrels know,” he bellowed, “I’ll never be imprisoned!”

It seems to be part of a plan. By picking a fight in particular with the Supreme Court — which has opened several investigations of him and his allies, including of his role in a potentially corrupt vaccine procurement scheme and his efforts to discredit Brazil’s voting system — Mr. Bolsonaro is attempting to sow the seeds of an institutional crisis, with a view to retaining power. On Sept. 9 he tried to back down a little, saying in a written statement that he “never intended to attack any branch of government.” But his actions are plain: He is effectively threatening a coup.

Perhaps that’s the only way out for Mr. Bolsonaro. (Apart from properly governing the country, something that apparently doesn’t interest him.) The antics of the president, struggling in the polls and menaced by the prospect of impeachment, are a sign of desperation. But that doesn’t mean they can’t succeed.

Mr. Bolsonaro has good reason to be desperate. The government’s mishandling of the Covid-19 pandemic has resulted in the deaths of 587,000 Brazilians; the country faces record rates of unemployment and economic inequality; and it’s also afflicted by soaring inflation, poverty and hunger. Oh, and there’s a huge energy crisis on the way, too.

That has taken its toll on Mr. Bolsonaro’s standing with Brazilians. In July, his disapproval rating rose to 51 percent, its highest-ever mark, according to Datafolha Institute. And ahead of next year’s presidential elections, things are not looking rosy. In fact, polling suggests he’s going to lose. Luiz Inacio Lula da Silva, the center-left politician and former president, is comfortably outstripping Mr. Bolsonaro. As things stand, Mr. Bolsonaro would lose to all possible rivals in a second-round runoff.

This explains Mr. Bolsonaro’s eagerness to push unfounded claims of fraud in Brazil’s electronic voting system. “There’s no way of proving whether the elections were rigged or not,” he said about past elections (including the one he won), during a two-hour TV broadcast in July, while failing to provide any evidence to support his allegations. He has repeatedly threatened to call off the elections if the current voting system remains in place — and although Congress recently rejected his proposal to require paper receipts, he continues to cast doubt on the voting process. (Sound familiar, anyone?)

Then there’s the corruption. A growing number of corruption accusations have been made against the president and two of his sons, who both hold public office. (One is a senator; the other sits on Rio de Janeiro’s City Council.) Prosecutors have suggested that the Bolsonaro family took part in a scheme known as “rachadinha,” which involves hiring close associates or family members as employees and then pocketing a portion of their salary.

For Mr. Bolsonaro, who was elected in part for his promise to rout out corruption, these investigations cast a long shadow. Against this backdrop of ineptitude and scandal, the events of Sept. 7 were an attempt to distract and divert attention — and, of course, to cement divisions.

Efforts to remove Mr. Bolsonaro by parliamentary means are stalled. Though the opposition has so far filed 137 impeachment requests, the process must be initiated by the speaker of the lower house, Arthur Lira, who does not seem inclined to accept them. (That’s not especially surprising: Mr. Lira is a leader of a cluster of center-right parties, known as the “centrão,” to whom Mr. Bolsonaro has handed out important government positions, in the hope of shielding himself from impeachment proceedings.) Only enormous public protests can break the impasse.

There’s no time to lose. The demonstrations last week were not simply political showmanship. They were yet another move to strengthen Mr. Bolsonaro’s position for an eventual power grab ahead of next year’s elections. He didn’t get exactly what he wanted — the numbers, though substantial, were far less than organizers hoped for — but he will keep trying.

Sept. 7 now marks another signal moment in Brazil’s history — when the totalitarian aims of our president became unmistakably clear. For our young democracy, it could be a matter of life or death.