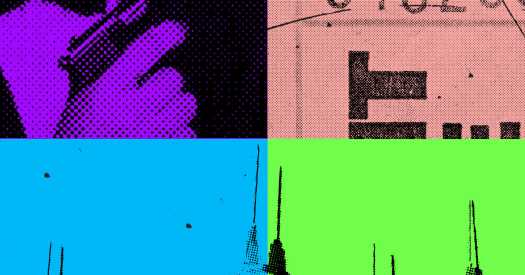 Will the premiere of the 25th James Bond movie, “No Time to Die” — delayed since last year because of the Covid pandemic — result in big ticket sales for the much beleaguered movie theater industry? So far, demand for the film is tracking well in presales — and in excitement — which is in fitting with an overall upward trend in ticket sales since they sank at the start of the pandemic.

While theater sales are still not close to prepandemic levels, movie houses are recovering. “No Time to Die” opens in Britain this week and in the United States on Oct. 8. And next month is analog’s best hope at a full recovery, with a series of tentpole movies that could stanch the loss of consumers to streaming. They include “The Many Saints of Newark (Oct. 1), “The Addams Family 2” (Oct. 1), “Halloween Kills” (Oct. 15) and, perhaps most anticipated of all, “Dune” (Oct. 22).

Those all look like pretty decent movies. But I will not see any of them in the theater, as I would have two years ago — except one. That would be Bond.

I am a crazy fan, and it’s hard to imagine seeing it first on a small screen, even knowing I will later watch it over and over on a small screen, as I still do with all of them. Thus a trip to the theater for Bond is, as I like to say now, Covid-worthy.

While I am vaccinated, wear masks and get tested regularly, my new way of thinking about a trip to the theater — is the film Covid-worthy or not? — takes its cue from “sponge-worthy,” an old “Seinfeld” trope. (To put it briefly: Elaine had a limited supply of birth-control sponges, and choices had to be made.)

Is the movie good enough that I want to take the very small risk of getting a breakthrough infection? Many other consumers are making a similar calculation as more entertainment becomes available to stream at home — and as we get more comfortable watching in our living rooms.

In an interview with me this week, the Netflix co-chief executive Ted Sarandos gave a flat “no” when I asked whether he was interested in buying a movie theater chain to help with distribution.

Actually, Netflix already has two theaters — one in New York and one in Los Angeles — that the company uses mostly for premieres and showcases. And to Sarandos, theater releases are all for marketing. Moviegoing “will be less frequent, maybe more expensive,” he said. “Using it as an event to get out of the house — people are still going to be looking for that.”

He added that some movies will be hard to book in theaters; for the most part, only franchise movies will be able to sustain the ever-smaller industry. “There’s less room for character-driven drama at the theater,” Sarandos said.

I could not agree more, even though Hollywood still seems to be resisting the trend toward digital, just as it once resisted Netflix itself. (Jeff Bewkes of Time Warner famously once called Netflix — in an inexplicable metaphor — the “Albanian Army.” )

Well, now that the big studios and entertainment companies have embraced most of the economics and practices of Netflix, I suppose they are all Albanian.

Michelle A. Williams, the dean of the Harvard T.H. Chan School of Public Health, answered my questions about Covid.

I’m hosting a big live event, Code 2021, this week in Los Angeles. We require vaccination proof, Covid testing, masking and social distancing, and we’re having as many of our events outside as possible. What else should we keep in mind?

The steps you’ve outlined are all consistent with the advice that we as public health officials have been sharing for many months. I’d add one more recommendation: You should regularly remind participants to stay home if they’re feeling sick. No one wants to miss an event like Code, but if you wake up with a cough, runny nose or fever, the right thing to do is to stay home and avoid the conference crowd, even if you’re vaxxed and masked.

This leads me to an important point. As a nation, we need to dramatically ramp up production and distribution of inexpensive, rapid, at-home tests. These tests are excellent at detecting early infections, which is when a person is generally most contagious. In an ideal world, participants in a large conference like Code would take such a test every morning to verify that they’re free and clear and able to attend in person. Unfortunately, in the U.S., we don’t yet have widespread access to these tests. The Biden administration is moving with urgency to increase availability, which will greatly improve our ability as a society to move back toward normalcy. But for now, most people simply have to follow the advice I just shared: If you’re feeling at all sick, stay home, just in case.

The booster shot is rolling out for certain at-risk populations. Would it be better to use those resources to vaccinate everyone around the world?

This question is often asked as a binary — an either/or. I find that framing quite frustrating. We can and we must do both.

It is absolutely essential that we step up production and distribution of vaccines worldwide. We have a moral imperative to protect hundreds of millions in the developing world from this deadly virus. And frankly, it’s in our national self-interest as well. The more we vaccinate, the fewer opportunities for the virus to mutate into variants that could be even more dangerous than Delta. With strong political will and targeted investment, I believe we can — and must — achieve 80 percent global vaccination by mid-2022.

That said, I also believe it’s a smart and moral strategy to provide boosters to those in our country who need them most. That includes those who are vulnerable not just because of their age or their underlying conditions but also because of where they work — for instance, health care providers on the front lines of the Covid fight.

What is the best argument to make to people who will not get vaccinated (aside from getting angry at them)?

I like the framing adopted by one of our faculty members, Dr. Kizzmekia Corbett, who helped develop the Moderna vaccine. Dr. Corbett does not speak of people as anti-vax or vaccine hesitant. She describes them as “vaccine inquisitive.” As she notes, if they haven’t gotten the vaccine yet, it’s likely because they still have unanswered questions and unaddressed fears. To reach them, we need to hear their concerns respectfully and provide evidence-based answers, with clarity and empathy.

What are you most worried about at this point in the pandemic?

I’m worried that we’ll falter in the imperative to get billions of doses of the vaccine to the developing world. I’m worried about the harassment of everyday Americans who are just trying to do their jobs by enforcing mask mandates or asking for proof of vaccination. I’m worried about the efforts to intimidate school board members and others charged with protecting public health. I’m extremely worried about the fraying of local and state public health infrastructure due to the immense pressure of handling the pandemic, often amid politically motivated budget cutbacks.

But I don’t want to end on such a grim note. This has been a trying 20 months, but many in the U.S. and around the world have emerged with a new understanding of the importance of collective action to protect public health. I believe this awakening will spur bold action to meet the pressing challenges of our time, from climate change to pandemic prevention and beyond. That’s what I’m working toward. And I see that same spirit in our faculty, students and alumni and in my public health colleagues around the world. We all have worries, but we are all also energized to work toward a better tomorrow. That’s where I find hope and inspiration.

One of the most interesting ideas I have heard from a tech leader this week at the Code conference came from Microsoft’s chief executive, Satya Nadella. In an interview with me, he talked about a lot of interesting things, and when I asked him how he thought about the strategy that he employed in his tenure as the tech giant’s first nonfounder leader, he said what I think was both a perfect and a truthful answer. Perfect not only because he managed not to slag the previous leaders, Bill Gates and Steve Ballmer, but also because of the way he stated the obvious.

“At some point, Microsoft was doing things out of envy, versus things we were meant to do,” Nadella said, identifying what is one of the most silent but deadly diseases hampering innovation. In Microsoft’s case, those things included a flawed mobile effort, dipping into content and more. He moved the company back to basics, including cloud computing, Windows, gaming and business social networking. Now it’s worth $2.13 trillion, or about $283 a share, compared to $38 when he was named chief executive in early 2014. Envy, apparently, is costly.

Have feedback? Send a note to swisher-newsletter@nytimes.com.